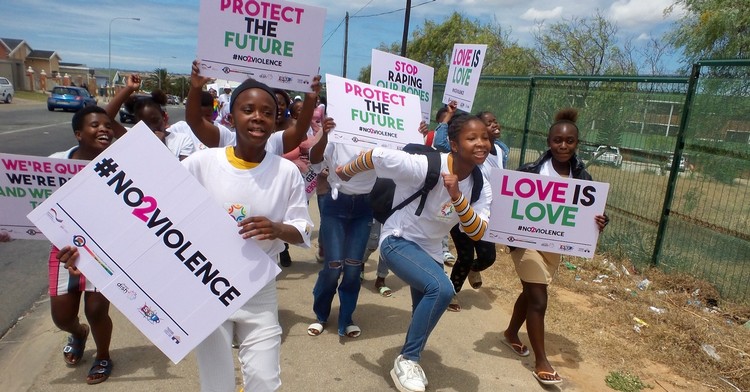 As the 16 days of activism against gender-based violence (GBV) got underway, about 20 learners marched from New Brighton police station to Ithembelihle Comprehensive School in Gqeberha on Friday. They were linking GBV to discrimination against the Lesbian, Gay, Bisexual, Transgender, Queer and Intersex (LGBTQI+) community.

Then on Saturday, the group increased to about 60 learners and a dozen adults who marched along the streets of KwaMagxaki to a recreation park to hold an LGBTQI+ community celebration.

Lusi Mahote, who joined the march, said they told their parents they are “gender non conforming” in 2015. “Coming out in the open is a very personal thing. I don’t think that everyone should come out unless they are safe to do so. It means a different thing to everyone … We don’t have to force everyone to come out,” they said.

A 16-year-old in grade 10 said she hasn’t told her mother and grandmother yet that she is lesbian, but some friends know. She said some accepted her sexuality but others don’t.“I don’t care if they say anything,” she said, but added: “I don’t know how my parents will react.”

Anelisekile Nana in grade 10 is not gay but was there to show her support for LGBTQI+ rights. “If they are happy, then I am happy too. I try my best to intervene and reason with people who want to bully them,” said Nana.

Sitembinkosi Somlota, whose stage name is Sasha, said, “People in Motherwell are used to me. The more they get used to you, the better.” 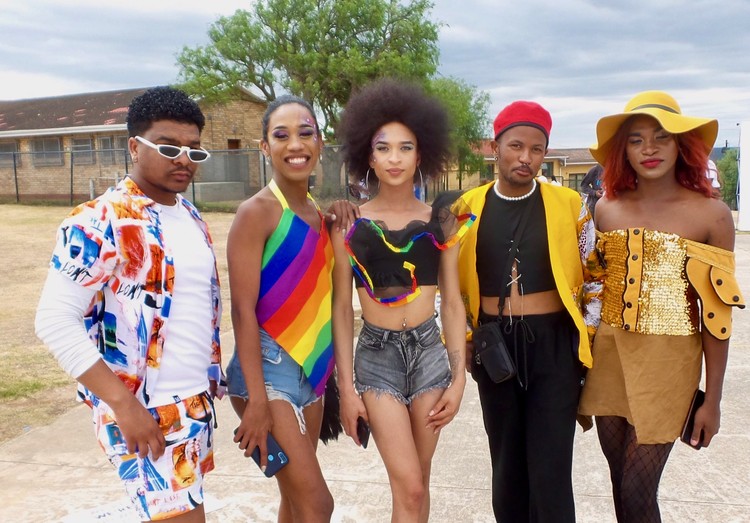