Construction of new Umdloti Bridge has been stalled since 2018 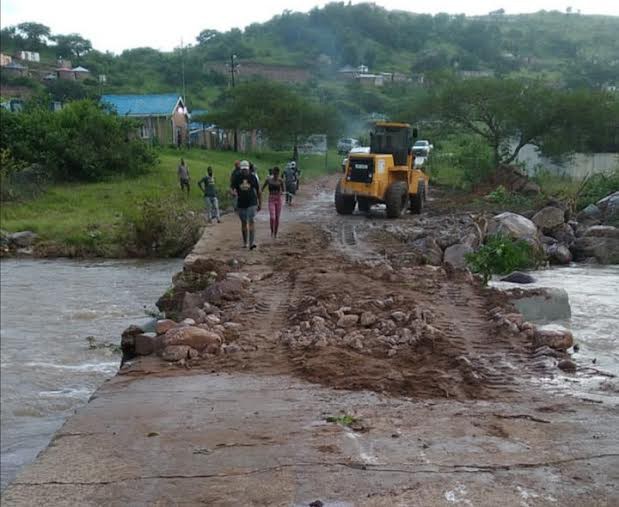 The old bridge over the Umdloti River north of Durban collapsed in January. Photo: Nokulunga Majola

The KwaZulu-Natal Department of Transport, Community Safety and Liaison has failed to explain why the construction of a new bridge over the Umdloti River north of Durban, where two people drowned earlier this month, has been stalled since 2018.

Two people drowned in the Umdloti River during heavy rains. The old bridge between Ndwedwe and Verulam had collapsed during flooding.

“The process normally takes approximately six months for the contract to be awarded and another 42 days to get the Construction Work Permit so that the contractor can start construction,” he said.

Ncalane said once construction started, work on the bridge was expected to take 12 months.

But nearly a year later, no progress has been made on the bridge. Residents have been forced to use the old bridge. 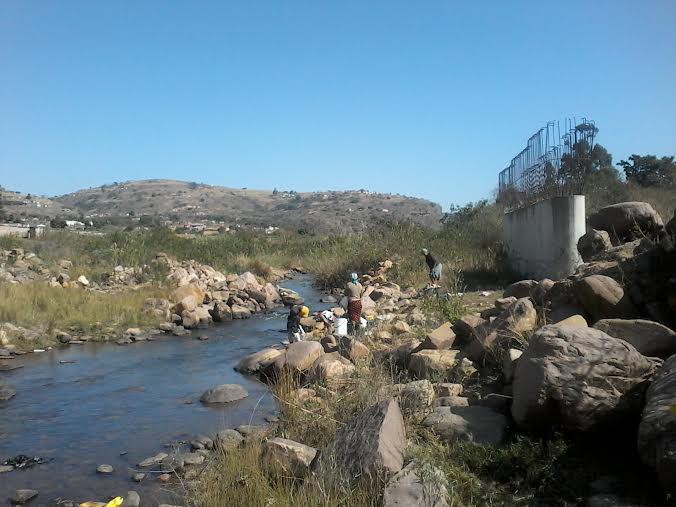 The foundations have been laid for a new bridge but construction has been stalled since 2018. Photo: Nokulunga Majola

After the collapse of the old bridge and the loss of two lives, KwaZulu-Natal Premier Sihle Zikalala, and the MEC for Transport, Community Safety and Liaison, Peggy Nkonyeni, visited Ndwedwe. Zikalala promised that a new contractor would be on site within the next three months.

But neither Zikalala nor Nkonyeni explained why nothing had been done since last February.

Our attempts to get answers to this and other questions from the Department and the Premier’s office since Thursday have been fruitless. The Premier’s office referred us to the department, but emails to three people including Ncalane on Thursday, Friday and Monday, were left unanswered and though a promise to respond was made on the phone on Monday, by the time of publication nothing had been received

Ndwedwe community leader Zibonele Ngcobo said the two drownings could have been avoided. He said the community had been excited about the construction of a new bridge. “But it stopped and we don’t know what happened.”

Blessed Gwala (IFP), member of the Transport, Community Safety and Liaison Portfolio Committee in the KwaZulu-Natal Legislature, said Nkonyeni should take responsibility “for the numerous incomplete projects across the province”. He called on Nkonyeni to “institute an urgent investigation into the whereabouts of the funds earmarked for the construction of the Ndwedwe bridge project” and to complete the bridge without further delay.

Next:  Watch: Half-a-century later, these apartheid victims have got their land back