Toilets broken nine years ago in Extension 1 were never fixed 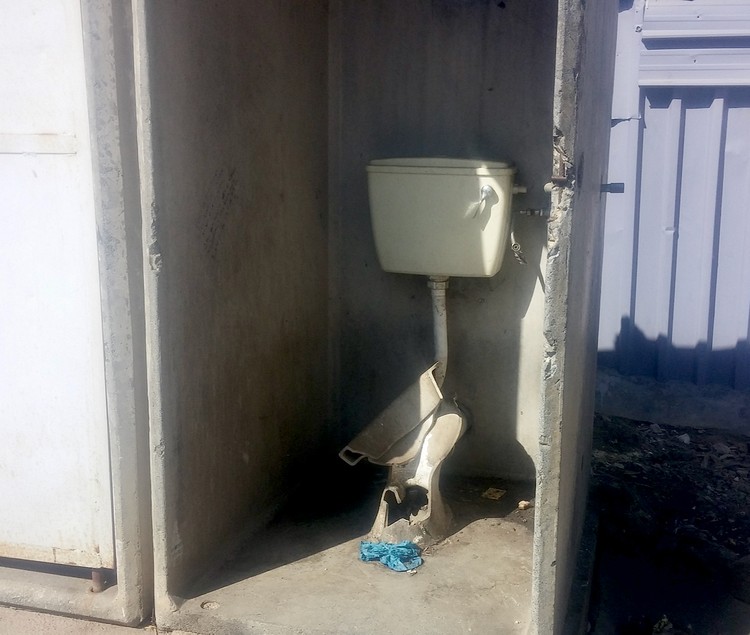 One of the broken toilets in Extension 1, Diesploot. Photo: Chris Gilili

“We have reported the condition of these toilets countless times, but all we are told is that the problem is noted,” says ward committee member Morgan Sithole. “Nothing is done.”

Sithole, who has lived in Diepsloot for over 30 years, says, “It becomes messy here in the mornings when we prepare for work and kids prepare for school. We form long queues.”

Asked about the sanitation situation, Ward 95 Councillor Julius Maake (ANC) said he was not obliged to answer to the media.

The area has a block of six toilets. Four are completely wrecked. One of the two functioning toilets is kept locked to protect it from vandals.

There are also only two working communal taps for the community.

“We have been really failed by government in Diepsloot,” said Elizabeth Tshehla, who moved to Diepsloot in 2017. She said she had never seen any janitors.

“We clean the toilets by ourselves, and use our bare hands. Sometimes they are blocked and I will unblock them using wire,” said Tshehla. “I buy the detergents myself … The smell is unbearable sometimes, and it’s bad for me because I am running a food business and I operate directly opposite these toilets.”

Questions that were sent to the City of Johannesburg early last week had not been responded to at the time of publication.