How mining erodes the rights of women 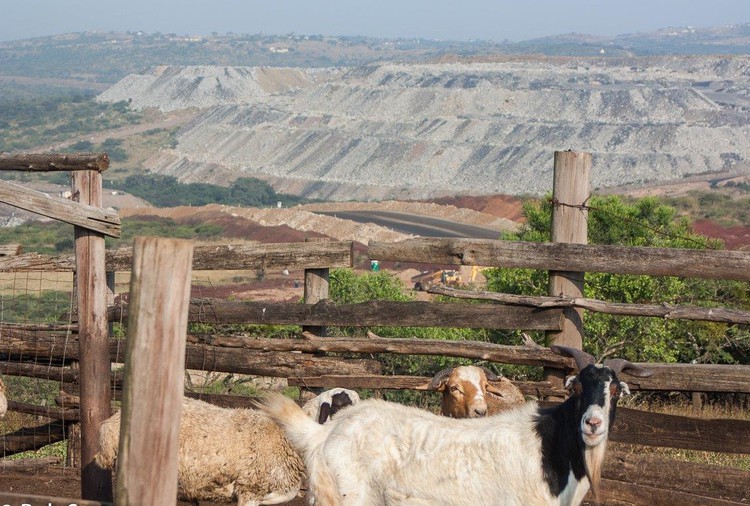 Margaret Molomo has spent the last decade fighting against mining developments near her home of Mokopane in Limpopo.

“Over the past ten years I have witnessed first-hand the harm that non-compliant mining has done to our land and our people. It is primarily women who grow food to sustain their families and who can no longer do so due to soil and water pollution. It is women who must travel further and further to find clean water,” says Molomo.

Her experiences have led to her becoming chair of the Mining and Environmental Justice Community Network of South Africa (MEJCON).

In rural areas, mining projects pose a great risk to the availability and quality of agricultural land that women need to feed their families and produce surplus for local markets. Mining operations contaminate and degrade the fertility of soil through the release of toxic minerals and heavy metals, poor rehabilitation measures, and deforestation. This causes decreased crop yields.

Not only soil but water is also affected. Mining consumes a lot of water and often local communities lose access to the water sources they rely on for small-scale subsistence farming and for domestic use. Water also becomes polluted and unfit for agricultural or domestic consumption.

Molomo says there are many other ways that mining negatively impacts women. “Fewer women can look for work outside the home because they have to care for relatives who have been sickened by pollution. The mines often hire male workers from other areas who already have experience in the industry. This leads to higher unemployment amongst local men and in turn increases rates of domestic violence, underage sex work and teenage pregnancy.”

Research shows that men are more likely to reap any benefits from mining projects through employment, greater income and compensation. Training opportunities are often prioritised for men, while women are generally offered menial and low-paid positions if any. This poor distribution of benefits exacerbates existing gender inequality.

One of the objectives of the Minerals and Petroleum Resources Development Act 2002 was to meaningfully expand opportunities for historically disadvantaged people, including women, but the South African extractive industry has not done much to give this effect.

In its ‘White Paper: Women in Mining’ document published in March 2020, the Minerals Council of South Africa (MINCOSA) revealed that women account for only 12% of the mining industry placing the industry behind others in the country for gender equity. Women who do become mine workers, especially those who work underground, face numerous risks, including sexual harassment and physical and verbal abuse from male colleagues.

Alternative income opportunities are often displaced by mining. Women become providers of various services, such as selling food to miners and become heavily dependent on the mine to make a living.

Getting mining to empower women

If government and the mining industry are serious about solving these problems, they can start by encouraging meaningful participation by women during public participation processes.

Government also has a central role to play in ensuring that proposed mining projects will not have negative impacts on women’s livelihoods and worsen gender inequalities. When assessing the viability of mining projects, government must evaluate the potential impacts of a mining project on women and their livelihoods.

Gender impact assessments for proposed mining projects are essential as a means to ensure both mining companies and government officials consider the impact of a project on women. It makes it easier to improve the effectiveness of a project and to develop strategies that will result in women also benefiting from the existence of mining in their communities.

Benefits to women from the mining industry do not necessarily have to come from women being employed in the mining industry itself, if at the pre-feasibility phase of a mining project, sustainable alternative economies that benefit women are taken into account and prioritised.

A gender impact assessment can also be a beneficial tool as it can be used to influence the kinds of projects a mining company should commit to in its social and labour plan (SLP).

If there is evidence that the proposed mining activity will have a detrimental impact on the livelihoods of women, then mining companies should also be able to address this in their SLPs.

Next:  Matriculant petitions for stateless youths to get into universities

Previous:  Makhanda dumpsite occupiers say they have nowhere else to go, as municipality tries to upgrade it