Parliament raises concerns about the Office of the Chief Justice 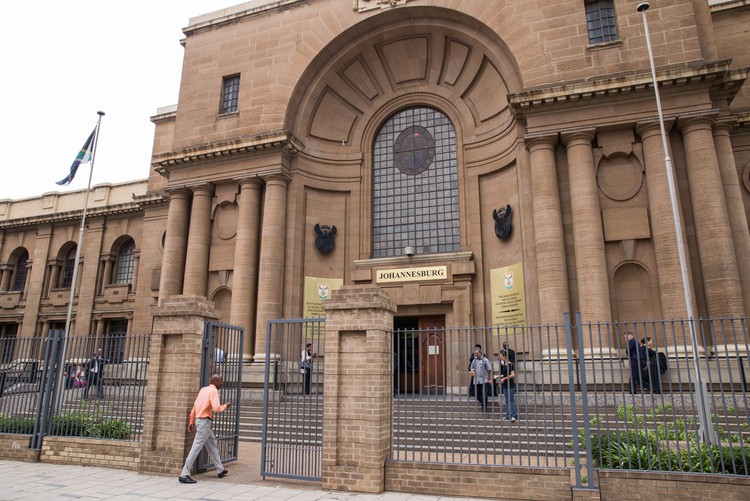 The high courts in Johannesburg (above) and Pretoria has been having serious administrative problems because of IT failures. Archive photo: Ashraf Hendricks

The present administrative chaos at both Gauteng High Courts is due to inefficiencies in the Office of the Chief Justice (OCJ), several sources have told GroundUp.

But the OCJ blames its ills on an internet security breach in September, which resulted in the entire IT system having to be taken down, fixed and restored.

CaseLines was touted as revolutionary, a paperless/digital electronic case management and litigation system.

It was piloted at the two courts and couldn’t have come at a better time when the Covid-19 pandemic hit South Africa.

But now, several well-placed sources say, contractors have walked off site and it is the reason why court rolls are no longer being prepared properly, cases are backing up, and “virtual hearings” cannot take place.

The crisis at the courts was highlighted in a desperate message sent by a senior judge to colleagues — as reported by GroundUp last week — in which she complained of an infrastructural collapse. This included the fact that private contractors engaged to manage the CaseLines system, to enable virtual hearings, had left the building, “their contract will not be renewed” and the CaseLines clerks, who helped with invites to attend virtual hearings, had also not had their contracts renewed.

This was done without notice to the court’s management.

Reacting to the article, a source said the pilot project allowed for virtual hearings in courts, even where there was no wifi. (The IT problems reported about the Pretoria High Court in the article have since been resolved, according to one source.)

The company awarded the contract was Tirisan Tech Solutions. It was to run for three years at a cost of R9 million and work effectively started in June 2019.

But, the source said, it was supposed to run off the back of a digital case management system - “the master plan” - which had been stalled for several years.

Because of this, the contract overshot its value by R5 million.

The Office of the Chief Justice stopped payment in April this year.

In July, the chief director, information and communications technology (ICT), in the OCJ, Nixon Kadiramwando, was suspended and the ICT function was taken over by internal staff members, who were being supervised by the spokesperson Nathi Mncube.

In September, all the contractors who were running the project left court, leaving virtually no-one behind with any technical knowledge.

“He was doing a good job. The heads of court really liked him. But others (in the OCJ) didn’t, especially the fact that he is Zimbabwean and sometimes spoke Shona in the office.”

Kadiramwando did not respond to a request for comment.

On Tuesday, members of Parliament’s Portfolio Committee on Justice and Correctional Services, raised questions and concerns about the IT infrastructure and the progress of the paperless project.

One described the desperate message written by the senior judge as “embarrassing”, one which “should never have had to be written”.

OCJ Superintendent General Memme Sejosengwe told the meeting that the security breach had occurred on 19 September and was being investigated by a multidisciplinary team of law enforcement agencies.

She said she did not wish to disclose anymore at this stage.

Mncube told the committee that CaseLines was an “off the shelf” solution, which had been introduced in both Gauteng courts and “to some extent was successful”.

At the time of publishing, Mncube had not responded to detailed questions sent by GroundUp.

Next:  Striking workers call for boycott of Clover SA products