Their old road is impassable when it rains 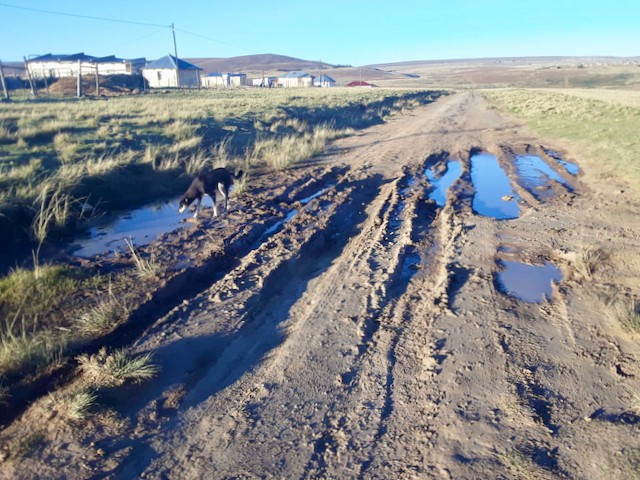 Villagers in Thembelihle in the rural Eastern Cape said they were promised that this 8km stretch of bad road would be remade. Photos: Yonela Ngqukuvana 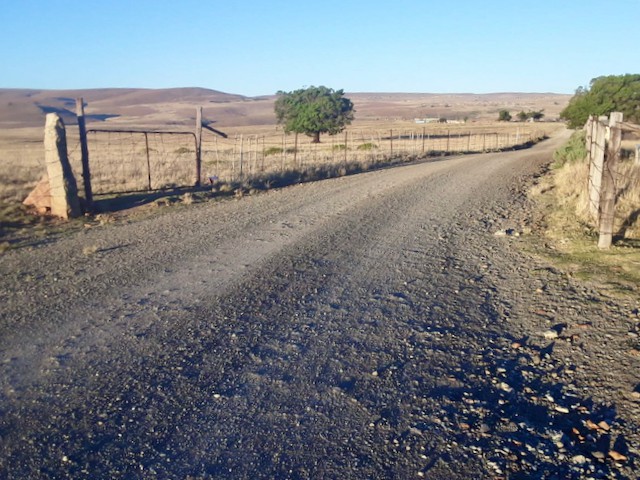 What the Thembelihle villagers had hoped for – the brand new road – but it only goes half way.

When construction of an access road started on 2 October 2018 to link Maqwathini to Thembelihle village, about 40km from Cacadu in the Eastern Cape, villagers were hopeful.

With a budget of R6.3 million the new gravel road was to be 15km, including some new road and replacing an existing bad gravel road. At least this is what the villagers say they understood from a meeting with the contractor in April 2019.

But their hopes were dashed when only 7km of road was laid, starting in Maqwathini and ending after connecting only about half of Thembelihle. It took 21 months to complete at an overall cost of R900,000 per kilometre, with more than half of it over existing road.

Steering committee member Mzulungile Nteqa said, “As the community of Thembelihle village we have no idea why the road was not constructed [for another 8kms] to reach the last house of the village as promised by the contractor.”

The old road is in a “terrible condition” and impassable when it rains, said Nteqa.

Resident Wandile Yoyo said the old road is so slippery and at such a steep incline in places that taxis won’t use it.

Amanda Khutshwa, who was employed by the Emalahleni Local Municipality as the community liaison officer for the road construction project, refused to comment.

Phinda Singqadu, from Counterpoint Trading, the contractor, referred us to the municipality.

Emalahleni Local Municipality spokesperson Luthando Nqumkana confirmed the budget and said the distance to be covered was always only going to be 7km of gravel road, including 4km of existing road and 3km of virgin road.

The purpose of the access road was to provide access to schools, emergency services, health care services, public transport and to connect the villages, said Nqumkana.

But residents who live along the 8km of road that was not remade continue to struggle with access.

“The reason we want this road to be fixed is because we cannot reach the elderly because vehicles struggle to use it,” said Flawa Klaas.

“We are pleading for the officials to pave the road with gravel, seal the holes with stones, and compact it to be smooth, so I can manage to reach important places such as health care centres,” said Phendulwa Nkuzo.

“We plead with government officials to pave the road … We and our elderly suffer a lot from that bad road, especially when it’s raining” said Sibongiseni Thywabi.

Next:  None of the Above wins local elections