Health department says the service is under extreme pressure due to increases in Covid-19 infections. But apparently only 300 of its 440 ambulances are operational 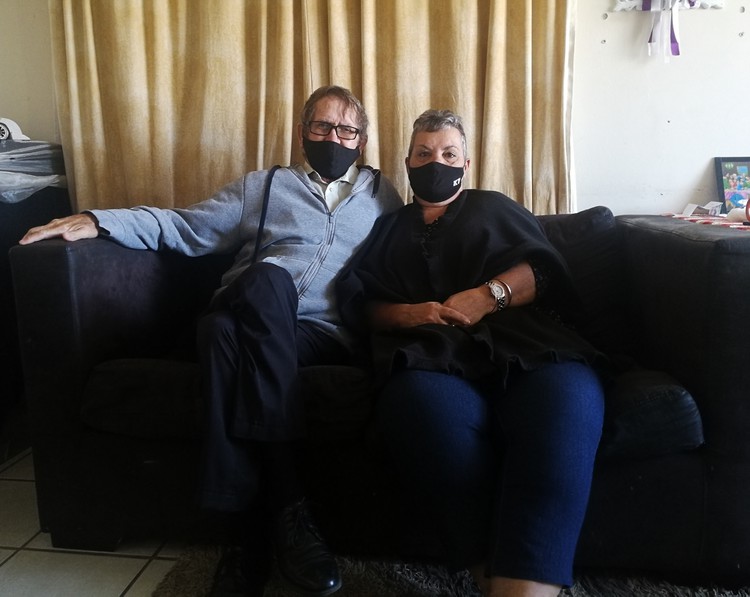 John and Vanessa Lotter’s daughter Charmaine Hensberg died on the eve of her 35th birthday last week. Hensberg was a terminally ill cancer patient. The family say Hensberg died, struggling to breathe, while waiting for an ambulance for seven hours in East London. Photo: Johnnie Isaac

The Lotter family in East London are blaming the public health system’s failure for the anguish their daughter faced in her final hours. They waited seven hours for an ambulance.

However the Eastern Cape health department has said that the service has been under extreme pressure due to increases in Covid-19 infections. Also, only 300 of its 440 ambulances are operational.

John and Vanessa Lotter’s daughter Charmaine Hensberg died on the eve of her 35th birthday. Lotter said they made more than ten calls to emergency services when Hensberg was struggling to breathe. She is also survived by her husband Dean Hensberg and two sons aged nine and 15.

The couple recounted the traumatic events of 25 August 2021. The family say they started calling for help after 9am and Hensberg died just before 4pm. They could not carry Hensberg to their vehicles to transport her to hospital themselves. She had been bedridden for a while. Her health started deteriorating in 2014 after she was diagnosed with brain cancer. This led to her eventually being paralysed on the left side of her body.

“There’s nothing that we could have done other than to wait for the ambulance because she required a stretcher to take her from the bed to the ambulance,” said Vanessa Lotter.

Lotter said she stopped working last year to take care of her daughter full time. “As the country was starting to deal with the peak of Covid-19, we were dealing with Charmaine’s worsening condition,” she said. As Hensberg’s cancer progressed, she lost her eyesight and needed Vanessa to assist with hospice care like changing her diapers, bath and feeding her.

John Lotter said that while the family was aware that Hensberg would die, they wanted her last moments to be peaceful. “We made so many phone calls to emergency services, my wife even screamed while I was on the phone with call centre personnel that we need urgent help, someone is dying.”

Lotter said they were given a reference number after the first call and despite informing the call centre of this during subsequent calls, no ambulance arrived. He said the family cannot afford private ambulance service fees.

“It’s not just about saving lives. Maybe my daughter was not going to be saved but it would have given us comfort if she died in the hands of healthcare professionals,” he said.

Following questions sent by GroundUp, the Eastern Cape Department of Health expressed condolences to the Lotter family and promised to investigate the incident.

Department head Dr Rolene Wagner said, “Our ambulance service has been under extreme pressure due to increased Covid-19 cases, and general trauma and injury cases. Protocol is that all calls are prioritised using criteria based on the severity of the case. Should an ambulance be unavailable at the time of request, the caller is advised of the waiting time and given basic first aid guidance.”

She said they should have at least 650 ambulances but currently have 440, of which 300 are operational across the province. “Some of those ambulances are at hospitals around the province because they don’t have EMS personnel. We have vacancies and funded posts that the province is not filling due to financial constraints,” said Cowley.

The Lotter family say they are still considering whether to take legal recourse against the state for negligence.