Dr Tumi, the Lottery and the alleged fraud of R1.5 million

The modus operandi appears similar to other dodgy Lottery-funded projects 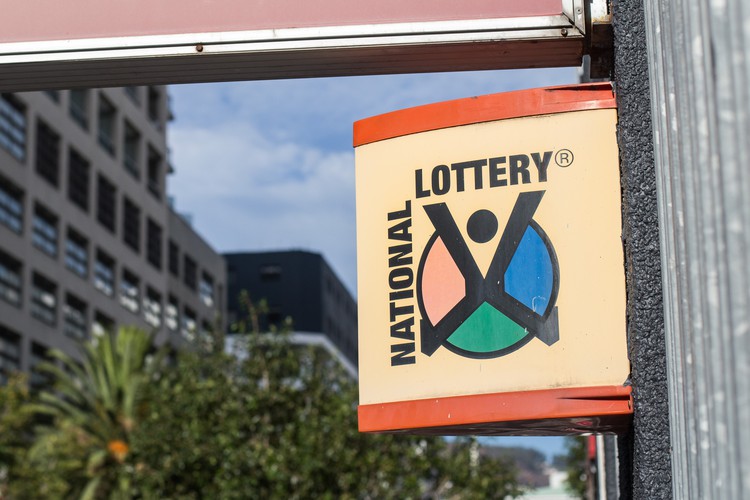 The arrest of popular gospel singer Dr Tumi earlier this year sent shockwaves through the entertainment industry and among his fans. Although the matter is unfolding in a Gauteng court, it links directly back to the Vhembe region in Limpopo, and may also be connected to other dubious Lottery-funded projects and people with links to the area.

Dr Tumi - Tumisang Victor Makweya (30) - along with his wife and four other suspects - is accused of defrauding the National Lotteries Commission (NLC) out of more than R1.5 million. He and his wife, Kgaogelo Sara Makweya (36), appeared in the Palm Ridge Commercial Crime Court in April this year. They initially appeared with two other accused, Christopher Tshivule (46) and Thomas Ndadza (48). In May the Hawks arrested two more suspects, Fulufhelo Promise Kharivhe (41) and Mukondeleli Tshivule (26), in connection with the case.

The alleged fraud involves an altered grant application submitted to the NLC for funding in October 2018. A grant of R1.6 million was paid to a non-profit organisation, The Message, for a Gauteng-based project, according to a statement released by the Hawks. Details of the project and what the money was intended to be used for have not been revealed by the Hawks or the NLC.

The Hawks’ investigation found that the money was paid into a bank account opened at an ABSA branch in Louis Trichardt. Christopher Tshivule, his niece Mukondeleli Tshivule and Ndadza are signatories of this account used to allegedly siphon off the money.

The Hawks allege that Dr Tumi and his wife benefited to the tune of R760,000 from the Lottery funds. A further R200,000 was paid to a company, Thwala Front (Pty) Ltd, of which Fulufhelo Promise Kharivhe is the sole director.

A case of déjà vu?

The modus operandi of the alleged fraud involving The Message is similar in some ways to other dodgy NLC-funded projects that have been the subject of several exposés in the media over the past three years.

This reporting led to President Cyril Ramaphosa issuing a proclamation authorising the Special Investigating Unit (SIU) to investigate NLC corruption. A special task team was compiled, which includes the SIU, the Hawks and independent investigators appointed by the Department of Trade, Industry and Competition.

Several of the projects currently under investigation were run by people not listed at the Department of Social Development as office bearers of the specific non-profit organisations (NPOs).

It is alleged that many of these NPOs were hijacked by the Lotto syndicates, with the assistance of people from inside the NLC. The NLC is on record as saying that because the legislation does not compel it to check compliance of NPOs, it doesn’t always bother to do so.

This means that people not officially listed as members of an NPO can decide on how grants running into tens of millions of rands can be spent, while the founders and members of the funded organisation have no idea that money has been awarded in their name.

In the case of The Message, it has been reported that the listed chairperson, Billy Itumeleng Simamane, laid a charge in 2019 after he became aware that his organisation was used to secure funding of R1.5 million from the Lottery.

He told a TimesLive reporter that he was approached in 2018 by a person named “Tshivule” who told him that he could assist the NPO with getting funding from the NLC for a project.

Simamane said he initially thought it would be a good idea, as they needed computers for a project, and that application forms were completed for funding from the NLC. But he became concerned after he could not get hold of Tshivule for months. When he finally discovered that a grant had been awarded and money paid out, he reported the matter to the police.

In the statement he made at the Bekkersdal police station, Simamane claimed that Tshivule altered the information on the NPO on the grant application submitted to the NLC. He also claimed that his signature was forged on documents and that the bank details for his NPO were changed to an ABSA bank account opened in Louis Trichardt.

The names of the people arrested by the Hawks make for interesting reading. Christopher Tshivule and Thomas Ndadza (a teacher from Litshovhu High) are both from the Madombidzha area, close to Louis Trichardt. Promise Kharivhe’s home address is given as Anderson Street, Louis Trichardt. Her husband is Collin Mukondeleli Tshisimba. Both are involved in businesses and own various properties in the district.

At least two of the people have had extensive exposure to Lottery funded projects. Kharivhe’s husband, Tshisimba, is no stranger at the NLC and is said to be a friend of the former chairperson of the NLC, Alfred Nevhutanda. He and “the prof”, as Nevhutanda is known, come from the same area in Nzhelele.

Tshisimba was interviewed in October 2018 by GroundUp because of his involvement in a Lottery-funded project. The article focused on the Vhafamadi Secondary School that was partially destroyed during the violent protests that broke out in the area in 2015 and 2016. The NLC allocated R28.3 million via its proactive funding model to rebuild the school. Nineteen months after the school was handed over, structural problems started surfacing.

The Vhafamadi School grant raised another issue because the money was given to a non-compliant and inexperienced NPO to handle. (Another common issue with Lottery-funding). The NPO, Simba Community Development Foundation (SCDF), was run by boxing promoter Azwindini Simba, who clearly had little knowledge about the school project.

“I know nothing about what is going on at the school,” Simba told a GroundUp reporter at the time.

“My only role was to produce the [NPO] document for that project to assist them to get funding from the Lottery. I know nothing else … I know nothing about any problems at the school,” Simba said.

He stated that a committee had been elected to oversee the project and to appoint contractors to oversee the building of the school. He referred inquiries to a man he would only identify as “Tshisimba”, who he said was directly involved and had attended meetings with the National Lotteries Commission to discuss the problems at the school.

When Collin Tshisimba was contacted for comment he tiptoed around questions and promised that the company responsible for the construction work would respond, which never happened. The Chief Operating Officer at the NLC, Phillemon Letwaba, later disclosed that the contractor appointed to build the school was M Shandukani Holdings.

This is not Tshisimba’s only link to NLC projects. He is also a director of New Lowveld Academy, with its address supplied as 64 Anderson Street, Louis Trichardt (which is the same address as that of his wife’s business, Thwala Front).

One of his co-directors in this company is Humbulani Tshifhango. Tshifhango came under the radar in January 2018 because of Lottery grants totalling R59 million channelled via his NPO, the Konani Pfunzo Comprehensive Learning Centre. The school received R3.5 million in 2014/15 year and a year later it was used as a conduit to channel R55 million for a countrywide project to deliver boreholes in rural areas across the country. The NLC refused to say why Tshifhango’s school, with 176 pupils and 13 teachers, was chosen as a conduit for such a major project.

The charismatic Dr Tumi is an associate of former NLC board chairperson Nevhutanda, who heads up the Pretoria-based Higher Grace Church International. Dr Tumi has been a regular guest at the church, including performing during Nevhutanda’s online sermons.

Nevhutanda served as the NLC’s board chairperson for a period of eleven years. His tenure was supposed to end in 2019, but he served an extra year, until he finally left office at the end of November last year. Because of legal wrangles the vacant position has still not been filled.

Simamane, who opened the case of fraud, previously told a TimesLive reporter he had no idea that Dr Tumi was connected to the project. He said he has never met the gospel singer and only learned about his alleged involvement when they received documentation from the NLC and Googled his name.

Dr Tumi, on legal advice, has opted not to say anything about the matter. On Twitter he sent the following message, thanking the fans for their support: “Good day fam. Hope you all are well. We also are good. As per legal advice, kindly note that we won’t be commenting on the current media reports, as the matter is before the courts. Thank you for your understanding and support. Love to you all and wishing you a great day.”

The next court appearance is scheduled for 14 July 2021. All of the accused were released on bail.

This case, however, came as a bit of a surprise to some who have been investigating fraudulent activities involving NLC grants. A source close to the combined investigating team said that they only learned about the arrests when the Hawks announced it in the media. This was also a relatively “small” grant, compared to most of the other projects under investigation.

The Louis Trichardt based newspaper, Limpopo Mirror, first exposed the Denzhe Primary Care scandal in February 2018. In this case, a hijacked NPO from rural Vhembe was used to obtain funding totalling R27.5 million. This grant was linked to family members of NLC COO Phillemon Letwaba, who is officially on “special leave”, including his brother, a cousin and another cousin’s wife.

The Denzhe hijacking was reported to the Midrand Police in November 2016 after the NPO’s chairperson realised that millions of rands had flowed out of a bank account she had thought had no funds in it and was dormant. This case has been under investigation for more than four years, but no arrests have been made.

Over the past three years, GroundUp and Limpopo Mirror also reported on several other grants where the NPO members were not aware that their organisations had received NLC funding. Between 2017 and 2019, R15 million was given to the Vyeboom Youth Development NPO for two projects. The NPO’s officially listed members denied that they had knowledge of the grants.

In December last Year we also reported on a R5.5 million grant to a Louis Trichardt based NPO, Uprising Youth Development. The grant was apparently for a sport project in Alexander Bay, but the NPO’s office bearers denied any knowledge of this grant.

Co-published with the Limpopo Mirror.

Next:  How a truck is helping people in rural areas get registered for vaccination