Debunking the myth that Africa responded well to Covid 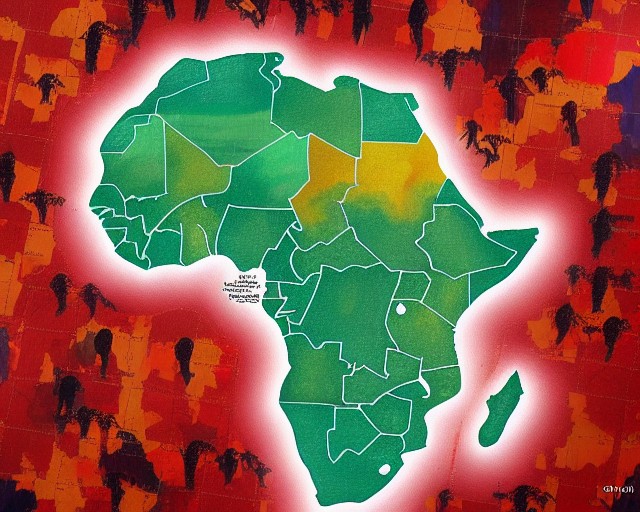 There is a view being promoted that Covid didn’t hit Africa as badly as the rest of the world. The reason for this, as recently expressed in an article by Boniface Oyugi in The Conversation, was the effective and well-coordinated response of African governments.

We understand the desire to find good news on the continent. But, on balance, the very little evidence available shows that Covid has hit Africa hard. The continent is highly diverse with over 50 states, so broad generalisations should be treated cautiously but, with an exception or two, there is little evidence of an effective response to the Covid pandemic. For one thing, Africa has the lowest vaccination rate of any continent.

Oyugi uses the WHO’s official Covid infection and death statistics to claim that the continent fared better than elsewhere. These state that as of late July, less than 2% of global cases and less than 3% of global deaths occurred in Africa, which has about 17% of the world’s population. (Oyugi also cites a study which pretty much says the same thing.)

Covid test statistics and confirmed Covid deaths don’t paint an accurate picture of how seriously the pandemic has hit a country (see here). If you don’t measure something properly, you can’t conclude that it’s a small problem. Covid tests are typically only administered with any regularity to a small, predominantly better off, part of a country’s population, and countries that test more tend to find more cases. Official Covid death tolls typically count people who have died in hospital with a confirmed positive test result. But it often doesn’t happen this way, especially on a continent with large rural populations and under-resourced hospitals.

This is why the most important measure of how hard Covid has hit a country is the excess death toll. By excess deaths, we mean the number of deaths that occurred above what you’d expect given recent historical mortality. In sub-Saharan Africa, the only country that has a system capable of reliably estimating this is South Africa. Every week since the beginning of the epidemic, the Medical Research Council (MRC), using death certificate data provided by Home Affairs, has diligently analysed excess deaths. (Many countries wealthier than South Africa do not have as good a system, so it’s something to be proud of.)

The MRC researchers calculate that there have been over 320,000 excess deaths in South Africa since May 2020 (as of July 2022). As they’ve explained, conservatively 85% of these are Covid deaths. It may be as high as 95%. We can conclude that close to 300,000, people have died of Covid in South Africa. Over the past two years about 1 in 200 people in the country have died of this new infection.

The Economist has been reporting excess deaths by country. It states: “Among developing countries that do produce regular mortality statistics, South Africa shows the grimmest picture, after recording three large spikes of fatalities.”

Official deaths are much lower than excess deaths

But if you look at South Africa’s official, and much less accurate, Covid death toll you get a very different picture: Then we’re only 65th worst in the world (source: Worldometer deaths per million people). Lesotho is in 167th place, suggesting it has had a very small epidemic. Is it plausible that an area with a porous border entirely surrounded by South Africa has a completely different epidemic? (See this set of tweets – by one of the authors of South Africa’s weekly mortality report – that explains how the little mortality data we have from Lesotho suggests it had a serious pandemic.)

What about Namibia at position 74 in the Worldometer list, Botswana at 89, Zimbabwe at position 143 and Mozambique at position 190? Is it plausible that this ordering, almost in reverse order of industrial development, accurately reflects how these countries were affected by Covid?

Depending on your bias, you can approach these statistics in two ways. You can be very optimistic and see this as evidence of a smaller epidemic in sub-Saharan Africa. Or you can be realistic and acknowledge that the official numbers are likely very badly undercounted.

We can’t know for sure though because nearly all African governments did not have the systems in place to count excess deaths.

Attempts to estimate excess mortality in most African countries are based on almost no data. To the extent that there is data, it supports the view that the numbers have been badly undercounted. For example, a study published in the British Medical Journal, albeit with many caveats, found death rates in developing countries were twice those of rich countries.

During the height of the AIDS pandemic in the 2000s there was much optimism that the massive influx of foreign aid in response could be used to build better health systems. Bits and pieces of evidence do suggest health on the continent has improved. But it’s very disappointing that most countries on the continent still do not have the vital registration systems in place to measure mortality with decent accuracy. This is one of the most important measures of how a population is doing.

By claiming that African governments have responded well to Covid, when there’s no proper evidence to support this, we fail to hold politicians accountable. We also create the impression that institutions like the World Health Organisation and the African Union’s African Centre for Disease Control are more successful than they’ve actually been. This is a disservice to the vast majority of people living in Africa.

Geffen is GroundUp’s editor. Professor Venter is an infectious diseases clinician and head of Ezintsha at Wits University.

Next:  River Club construction carries on amidst court delays