COSATU to strike over lack of action against crime 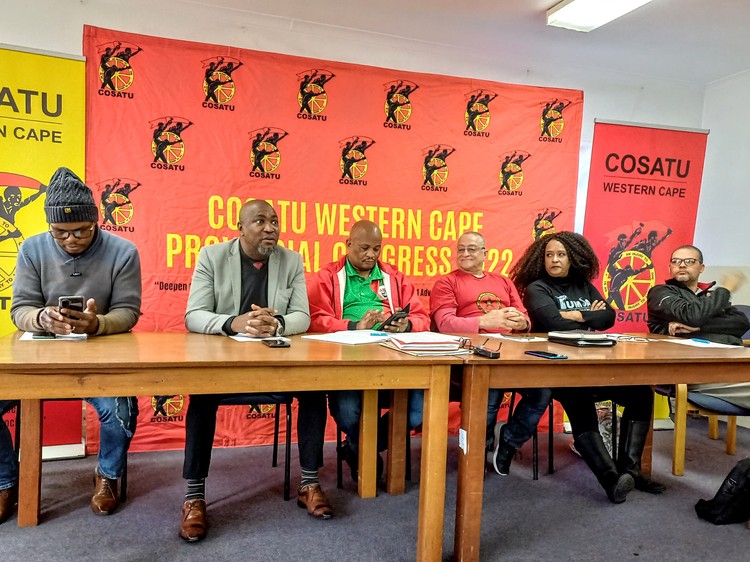 Unions affiliated to the Congress of SA Trade Unions (COSATU) are calling members out on strike on 4 August in protest against the government’s “lacklustre” approach to rising crime rates in Cape Town.

Provincial secretary Malvern de Bruyn told a briefing on Wednesday that all spheres of government “don’t respect ordinary people”. He said they “undermine the safety of the poor in the province”.

He said the union applied for 3,000 people to participate in the protected strike. “We plan to bring the economy to a standstill so that the government can see how angry workers are.”

The union plans to deliver lists of demands to the City of Cape Town’s law enforcement department, the Western Cape premier and the national police minister.

“Khayelitsha has more than a million residents. Constantia has far fewer people but has an adequate number of police and private security,” he said.

“If you are poor, you don’t need security and if you have money or live in a certain area, then you need security. That is how government treats our citizens,” said Helu

He said that SAPS applied “careful consideration” when allocating resources, and that reported crime is “the major factor” when numbers are determined. The demographics of a population and their economic position do not influence this process, he said.

“Industrial areas are policed on the same principle, and where crime is more prevalent, more resources will be deployed,” said Traut.

This article has been updated to include comment from SAPS.

Previous:  Bid to speed up ruling on police resources fails