“The community is going to protest until we consistently get water in Seshego,” says resident 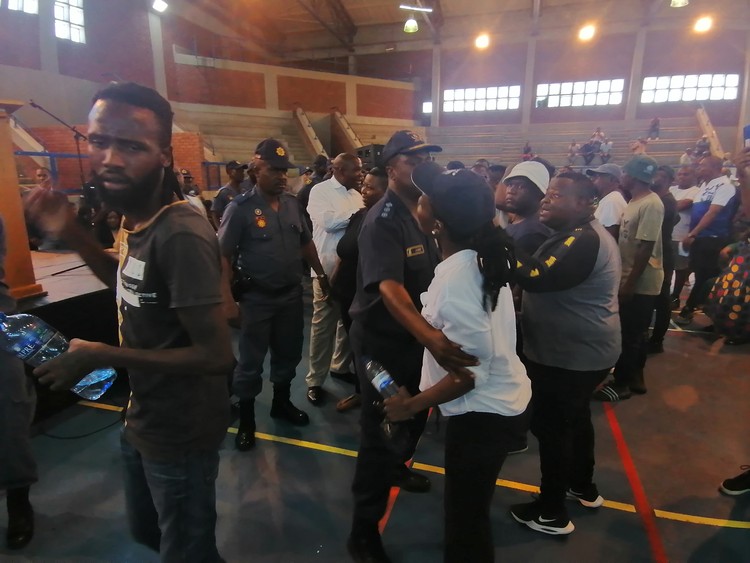 Police intervened to quell people during a meeting with Polokwane Mayor and residents of Seshego over their over intermittent water supply. Photos: Bernard Chiguvare

A community meeting over intermittent water supply in Seshego erupted into chaos on Wednesday as residents demanded an apology from Polokwane Mayor Mosema Makoro John Mpe.

The meeting follows a march by over a thousand Seshego residents to the centre of Polokwane last month, demanding that Mpe fix the community’s water supply. Residents want a consistent water supply and they want the municipality to write off their water bills since their taps are regularly dry.

On Wednesday, community members voiced their frustration and anger that the mayor had not made himself available to accept their memorandum of demands on the day they marched. They also demanded he apologise for the police’s conduct on the day. According to residents, police shot protesters with rubber bullets.

“We can not allow the mayor to speak before he apologises to the residents,” said Grace Ngwetjana, who explained that she was among the crowd that marched to the municipality.

This led to arguments in the hall between people who were demanding the mayor apologise and those who wanted Mpe to speak and provide feedback.

Police had to intervene to quell the groups.

Mayor Mpe then told residents that water challenges in Seshego are partly due to the service provider, Lepelle Northern Water, hiring incompetent contractors. The water pipes were taken back for the manufacturers to fix, he said.

“We have committed ourselves to completing some water projects like the Seshego water purification plant and the building of a water plant at Ledan Sand river. The projects will provide extra megalitres of water in Seshego,” said Mpe.

He added that the municipality is establishing its own water utility to service its infrastructure.

But the community was sceptical of the mayor’s promises.

“There is no commitment in what the mayor said. We know nothing is going to change. The community is going to protest until we consistently get water in Seshego,” said community leader George Thembo.

Isaac Mashabela said, “The mayor is drilling boreholes in town and forgets about township residents. We are waiting to see if the mayor’s promises are fulfilled. Action speaks louder than words.”

Annah Leaota said, “I’m really disturbed because I call the municipality three times nearly every day to alert them that the community needs water. The municipality always gives excuses.” 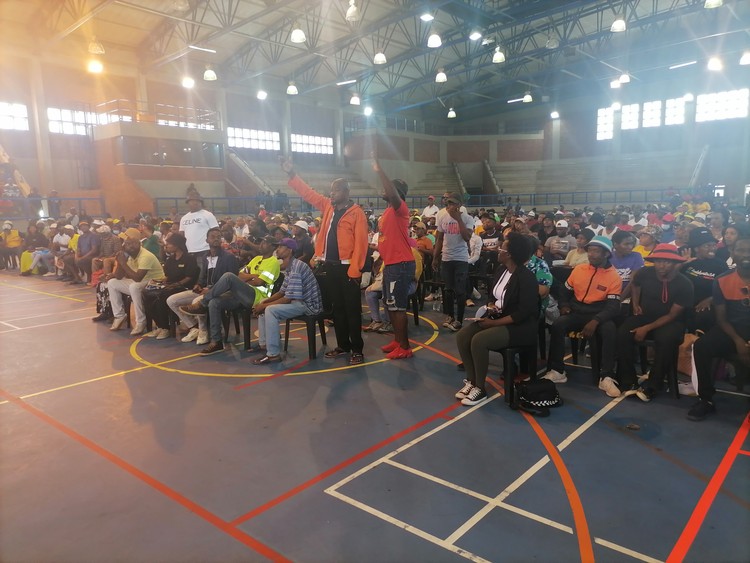 Residents want a consistent water supply and for the municipality to write off their water bills since their taps are regularly dry.

Next:  “We did not vote for water trucks and Jojo tanks”

Previous:  Cikizwa is going to school at last