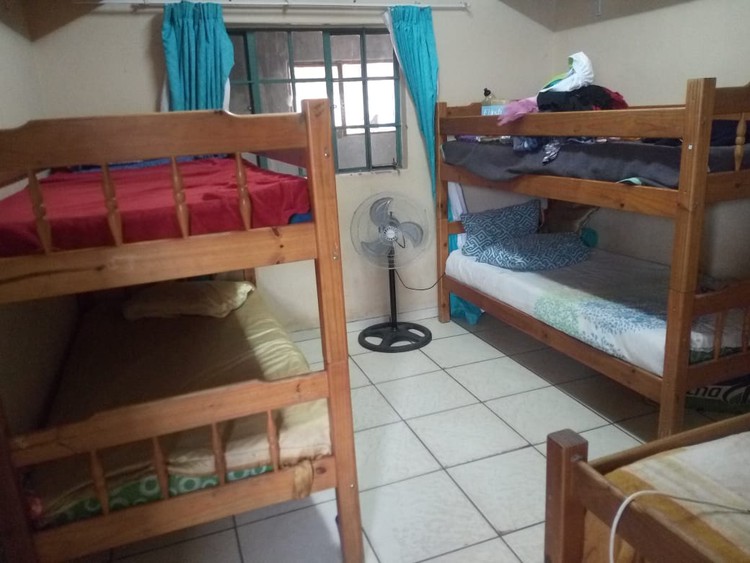 One of the dorms for girls at the Nancefield shelter run by the Christian Women Ministries in Musina, Limpopo. About 41 children who live in this and another shelter could be out on the streets soon if the owner is unable to secure funding. Photo: Bernard Chiguvare

About 41 children living at shelters run by the Christian Women Ministries (CWM) in Musina, Limpopo, could be out on the streets soon if the owner is unable to secure funding.

The shelter’s director, Jacob Matakanye, says they have been battling to keep their heads above water and feed the children since the Department of Social Development stopped funding CWM in December 2019. Since then, the shelter has relied on donations from individuals to survive.

Limpopo Department of Social Development spokesperson Witness Tiva told GroundUp that the department had stopped funding the shelter because “the state of the shelter did not meet the full registration requirements”. Tiva said the shelter should have renewed its registration 90 days before the existing certificate expired more than a year ago.

CWM set up the shelters in 2008 to help unaccompanied minors on the streets of Musina. There is one shelter in Nancefield for girls and one in Matswale for boys.

The Matswale shelter currently cares for 23 boys while Nancefield has 18 girls. The girls sleep on bunk beds neatly arranged in rooms. There are showers and toilets. The washing machine, stove and refrigerator have been disconnected to reduce electricity costs.

A 19-year-old boy who lives at the Matswale shelter said, “We are really appealing to the department to fund the shelter because it is very difficult for us as learners. At times when the shelter finds it difficult to provide food we have to do casual jobs so that we buy food.” He has been in South Africa since 2016 and is now in grade 11. He hopes one day to get a university degree.

A 20-year-old girl from Zimbabwe who arrived in 2009 said: “All was going well up to 2018. Life is now difficult for us. At times the shelter is struggling to supply us with food. We have no option but to go out on the streets begging. I feel for the younger children because they cannot source food for themselves. At times we share with them whatever we get,” she said.

Matakanye said they were pleading for assistance and for the department to review its decision to halt their funding. “Looking after any child in the country is the department’s responsibility. Now they decided to punish our spirit of Ubuntu. We are calling on DSD to revive the funding,” he said.

The shelter is currently in the middle of an unrelated court battle with the department over the possible deportation of some of the undocumented children at the shelter. The department said it would not comment due to the court process underway.