Immigrants in JHB claim they are being denied health care 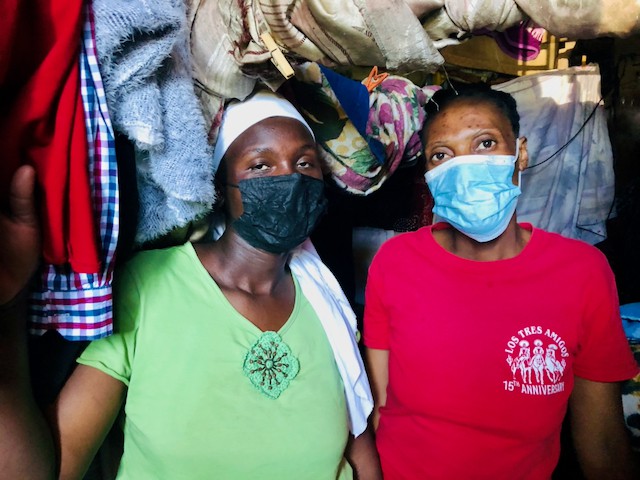 Zimbabwean women told GroundUp that they dread going to local clinics such as Jeppe Clinic and Hilbrow Clinic, because they are asked for money upfront. One woman said she had to send her five-year-old epileptic daughter to Zimbabwe late last year because she was struggling to get treatment for her in Johannesburg. Photo: Kimberly Mutandiro

Human rights organisations are concerned about policy changes affecting immigrants since the Gauteng health department gazetted them in June last year and issued a circular in May 2020.

According to the organisations, medical care is being denied to asylum seekers and refugees if they are undocumented or have expired permits unless they can pay upfront fees.

Hlengiwe Mtshatsha of Lawyers for Human Rights (LHR) said, “The new fee structure is very high and foreign nationals end up being on the highest scale and are required to pay upfront.”

“People with expired or no documentation have complained of being charged the highest fees or being turned away. They are expected to pay as if they are in private hospitals even though they are in public ones.

“With no documents they cannot even enter into a payment plan and they are also expected to declare their income, which is difficult in most cases.

“Asylum seekers and refugees are also being affected, especially those with expired papers. All our efforts to engage with the department have been unsuccessful.”

Sibusisiwe Ndlela, an attorney from SECTION27, a public interest law centre, said that since March 2020 the organisation has had nearly 70 requests from immigrants trying to access health services. She said this influx of clients followed the circular.

Ndlela said there are regulations and policies with offending provisions that “need to be set aside”.

Immigrants also complain that they are treated disrespectfully and insulted by hospital staff simply because they are not South Africans.

It is not the first time the Gauteng department has been accused of trying to exclude immigrants. A circular issued in January 2019 was withdrawn and heavily criticised for being not only a problem for immigrants but a threat to public health in general.

Ndlela says, “This circular is an attempt to introduce the same position as was adopted in the circular that was withdrawn.”

The organisation has been writing to hospitals on a case-by-case basis.

She said the Gauteng Guidelines on Patient Administration and Revenue Management is both unlawful and unconstitutional. It fails to consider the provisions of the Refugees Act which says that refugees and asylum seekers have the constitutional rights to dignity and equality, and to access health care.

According to Ndlela, it also violates the National Health Act that requires the state to provide free primary health care services, and it is unconstitutional because it discriminates unfairly on the basis of nationality and documentation status.

SECTION27 is considering litigation since it believes the state has created a policy intended to exclude immigrants despite their clear legal entitlement to health care.

A woman who lives in Johannesburg and is undocumented says she is sitting with a bill for R35,000 after her four-year-old child spent eight months (June 2020 to January 2021) in Johannesburg General Hospital for burns. She says her child was discharged but still needs follow-up medical attention, but she avoids going back to the hospital because of demands for payment.

Earlier this year, she went to Helen Joseph Hospital for treatment for herself but was asked to pay a R350 consultation fee first. She stopped going. “l would beg on the streets at the traffic lights and look for money to buy medicine at the local pharmacy. Even now l am not healed,” she said.

Another woman from Zimbabwe, who has been in South Africa for ten years, says she was denied maternal care at Jeppe Clinic while she was pregnant because she is undocumented. She gave birth in October.

“They kept turning me back, giving the excuse that l had no papers and l didn’t have any money. I was worried because my time was coming closer … When l went to Hillbrow Clinic at seven months they only gave me a card but did not even book me, told me never to come back,” she said.

She said when she went into labour she got herself to the clinic. She said she was insulted by staff, but they eventually called an ambulance. The birth was complicated and she had to have a caesarean.

Ndlela says that besides scrapping policies that exclude immigrants from accessing health care, the department needs to have a “sensitisation programme” to address xenophobic attitudes.

Foster Mohale, Gauteng Department of Health spokesperson, sent us mostly one-line responses to our questions. He said, “We hear ad hoc reports all the time, but we don’t get sufficient information or evidence to enable us to investigate.”

He said the department treats immigrants and their children “the same as everyone else”.

Ndlela said this means that the circular excludes asylum seekers and undocumented SADC citizens from subsidies.