There are signs of hope amid Metrorail’s decay 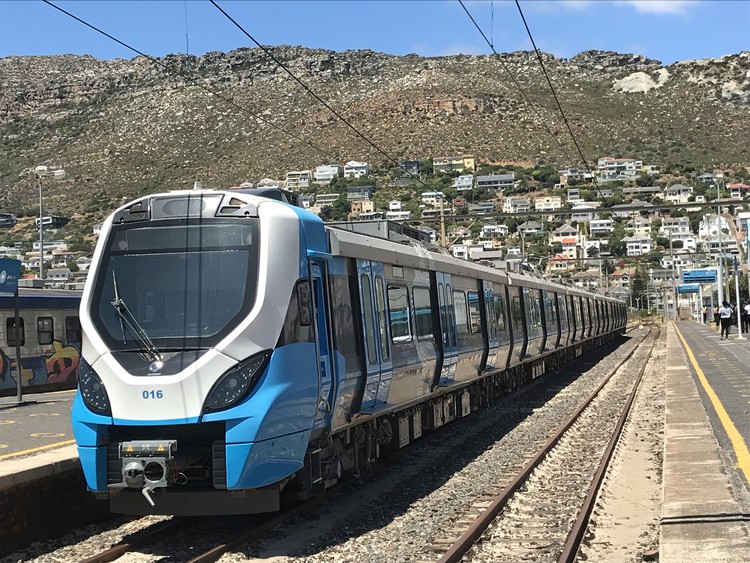 One of Metrorail’s fantastic new trains. All photos: Tariro Washinyira

I used to take the train regularly to work but stopped in 2020 due to lockdown. I have experienced the decay of Metrorail over the past decade. The Northern Line that I would use is completely out of action. Trains are dilapidated, vandalised, almost always late if they come at all, and they are unsafe. The service is a shadow of what it was in the 2000s.

But there is some hope.

On Thursday Metrorail organised a trip for journalists, billed as an “oversight visit”, on one of its new trains. It was an amazing experience. I even felt safe, but that may be because it was an organised trip accompanied by security guards.

The train was half full. Commuters told me they especially boarded the train to experience it. There was a sign that shows where elderly people, pregnant women and women holding babies can sit. There was an emergency alarm button, a camera, smoke detector, intercom, air conditioning, signs warning people that the train won’t move when doors are open, and a display that shows the time of day and information on the next station. There was also constant communication on the train, such as the next station and safety measures.

But we were also taken to Philippi station. It has been ransacked and stripped. Rubble lies all over the floors from the damaged roof and chipped walls in what looked like ticket offices. Shacks have also been built along the rail. 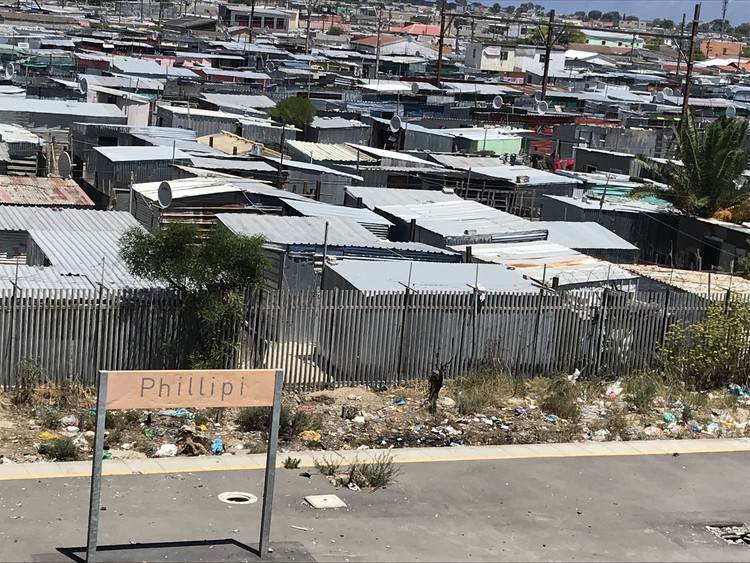 Philippi station is in a state of decay. 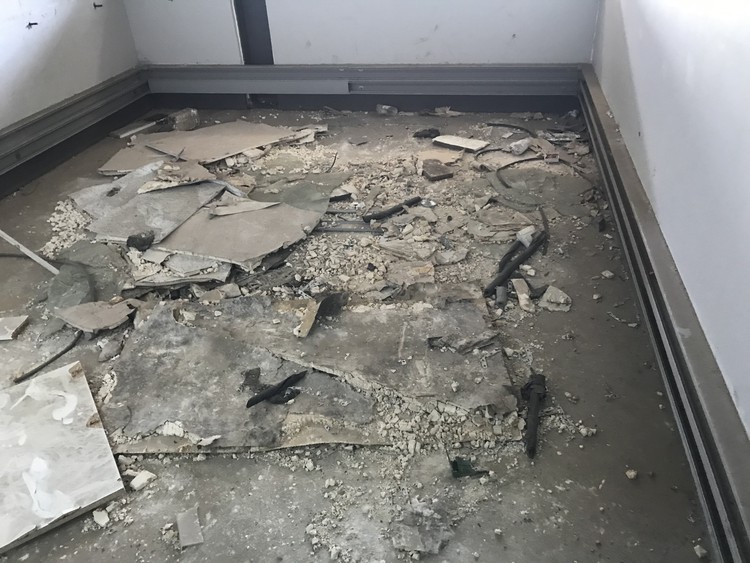 Rubble from the vandalised building lies all over the place.

The media was accompanied by Metrorail spokesperson Nana Zenani. We rode on the new train from Cape Town to Fish Hoek on the Southern Line. We then took PRASA taxis and drove to Philippi, Nyanga and Langa stations.

Zenani said, “The aim of the oversight was to educate the media on the current works taking place, share the overall service resumption, construction work and allow the media to get pictures of the areas for future stories within the Western Cape.”

Metrorail aims to restore service on the vital Northern Line from Cape Town to Bellville via Maitland in early March. It also plans, by the end of March, to resume the Cape Town to Pinelands route, which will result in easier connections for commuters travelling from Langa to the Cape Flats.

In August 2021, the Southern Line service resumed after it was stopped because of lockdown. In December Metrorail resumed service between Retreat and Fish Hoek stations after it shut down in October, apparently due to cable theft. Earlier this month, service resumed between Fish Hoek and Simon’s Town, but it is a “shuttle”, meaning there is only one train on the track at a time and it’s consequently much slower than it used to be.

Zenani gave an overview of the status of the stations. Five of the 14 stations on the Northern Line have suffered extreme vandalism and are in a terrible state. The remainder are in fair condition. On the Central Line 21 stations require upgrades, and these have been prioritised. On the Southern Line, all 38 stations are in good order, requiring minor maintenance work. Athlone and Maitland stations on the Cape Flats line require more substantial improvements. Upgraded stations so far include Eikenfontein, Elsies River, Tygerberg, Vasco, Thornton and Ysterplaat.

At Nyanga we saw that walls have been built to keep the lines secure. Zenani also said there is a plan to replace the seats of old trains with fireproof material.

Philippi community leader and a member of the local Community Policing Forum Pamela Nobumba spoke to us. She condemned vandalism and cable theft. “Because taxis are very expensive, people couldn’t keep up and they have lost their jobs. People who used to do business here at Philippi and sell sweets, chips and fruits on the train have also lost their source of income,” she said. “The government should also act against these people living on the tracks and along the rail.” 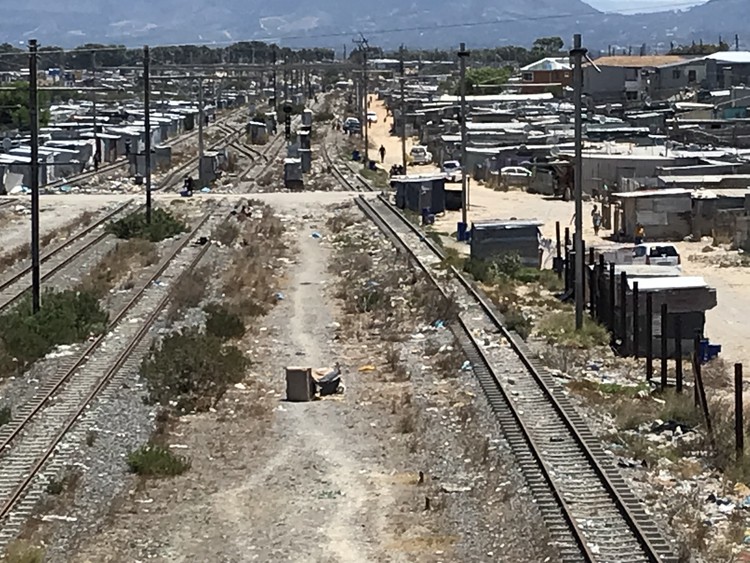 Shacks have been erected on the tracks at Philippi.