Hundreds of workers walk out of Montague Gardens warehouse 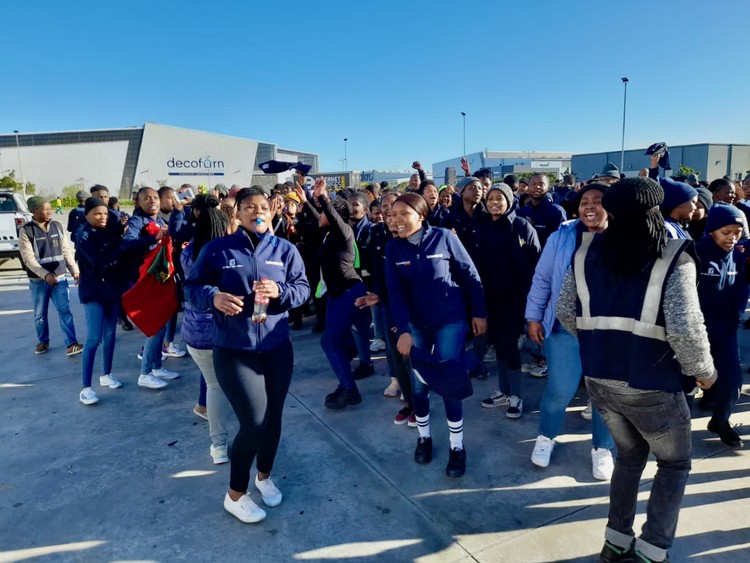 Work came to a halt at the Montague Gardens, Cape Town, warehouse of online retailer Takealot when hundreds of workers embarked on an unprotected strike on Friday morning.

The workers are demanding permanent positions. They also want a certain manager they accuse of racism to be fired.

In a letter given to workers’ representatives, signed by S Hill, general manager, workers were informed that if they did not return to work by 11:15am, the no work, no pay principle would apply.

Workers were told to elect representatives to meet with management while the rest return to work. The striking workers would also be required to sign a confirmation form stating that they were going to perform their normal duties.

Dunoon activist Lethu Tyhalithi led the strike. He said he had heard numerous complaints about how staff are treated at the company.

Azola Mangena, who works at Takealot through a labour broker, said he thought that after a year he would be hired permanently. He has been at Takealot for over three years now.

“We are not treated fairly and equally. All the managers here are white people. Same with supervisors. It’s only white people. Not that this is a problem if they qualify, our problem is that they are not treating us very well. Here workers have no say.

“You cannot argue because the minute you argue, management will show you the door or tell you to go complain to your labour broker,” said Mangena.

Many workers who spoke to GroundUp asked to remain anonymous. Some said managers had already threatened to fire them. They complained of long hours, few days off, insults from supervisors and rough treatment by security.

According to the workers pickers and packers are paid R34 per hour; shifts are 6am to 6pm, however mostly they only end at 8pm; and they get one hour for lunch at 11am.

In a statement, Takealot said, “Our staff are a vital part of our business, which is why we have tried numerous times throughout today to engage with them, in an effort to work with them to address their concerns. We are disappointed that despite our attempts to discuss their concerns, they have opted not to return to work and follow the internal grievance processes and engage with management.”

“Prior to today’s unprotected strike, there have been no grievances formally raised by staff to management at this Distribution Centre. We have commenced engagement with representatives of the majority of employees who are not involved in the unprotected strike, to clarify and address concerns.”