We must increase access to medicines, diagnostics and vaccines 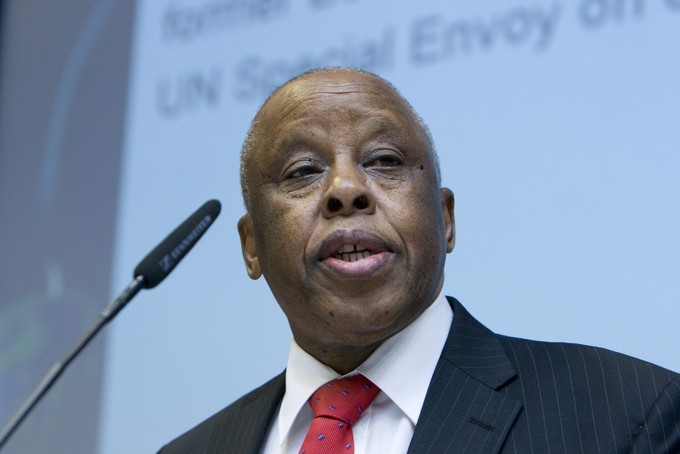 By Festus Mogae and Precious Matsoso

Such was the fear around tuberculosis (TB) in the 17th-century that author John Bunyan described the deadly disease as “the captain of all these men of death”. TB killed one in seven, causing many to believe it was inherited, witchcraft, or punishment from God.

It was not until 1882 that Robert Koch, following tests on guinea pigs, announced to the Berlin Physiological Society that he had discovered an infectious disease he called Mycobacterium tuberculosis. This week, on 24 March, the world will mark the anniversary of Koch’s findings in what is now known as World TB Day. Koch’s discovery is acclaimed as the most important step taken toward the eliminating the disease.

However, according to the World Health Organisation’s (WHO’s) Global Tuberculosis Report of 2015, there are 9.6 million cases of TB every year, with 1.2 million cases being TB/HIV co-infection. Three quarters of these cases are in Africa.

TB still kills 1.5 million people across the world every year, with 400,000 of those deaths among people who are HIV-positive. People with HIV are particularly at risk from TB because they have suppressed immunity, which makes them vulnerable to infection.

Further complicating matters is the rise in multidrug-resistant TB (MDR-TB), which is TB resistant to rifampicin and isoniazid, two of the most effective drugs used to treat ordinary TB.

The WHO estimates that there are 480,000 cases of MDR-TB every year worldwide, with only a quarter of these actually detected and reported. MDR-TB is harder to treat and more deadly. It typically takes two years for a patient to recover from MDR-TB, negatively impacting the patient’s overall health and exponentially raising the cost of treatment. An estimated 190,000 people die every year from MDR-TB.

In what should sound a global alarm, nearly 10% of MDR-TB cases are resistant to not only rifampicin and isoniazid, but also several second line treatment options. This form of drug resistant TB is known as extensively-drug resistant TB (XDR-TB) and represents a dangerous moment for the world as we move towards a contagion scenario where all available drugs are ineffective in tackling the disease.

Action is needed at the international, national and local levels. The WHO estimated in 2014 the incidence of TB (new and relapsed cases) in South Africa was just over 306,000 cases, with a 61% co-infection rate with HIV, which triples the chance of death. With drug-resistant TB being reported across the country, there is a lot to be done at all levels to reduce the number of cases and deaths, and prevent a drug-resistant TB contagion.

This month, the United Nations Secretary-General’s High-Level Panel on Access to Medicine is holding global meetings in London and Johannesburg to discuss new ideas, thoughts and innovative ways that governments, civil society, pharmaceutical companies, human rights lawyers and academia can help both promote innovation and increase access to vaccines, diagnostics and medicines. The TB and associated drug-resistance crisis gives added urgency to the development of the Panel’s report, which will be released in June.

In the early 2000s, when the HIV epidemic was out of control and spreading exponentially in sub-Saharan Africa, millions of people with HIV died because they did not have access to antiretrovirals. Civil society was able to focus a great deal of national and international media attention and pressure on the high cost of antiretovirals and lack of access due to patents. This pressure led to the production of generic drugs in India, which saved tens of millions of lives. However, victories on certain medicines did not translate across the board. TB and the threat of a drug-resistant contagion emphasize that we need to find new solutions so that access to life-saving medicines, vaccines and diagnostics are accessible and sustainable.

Civil society has a major role to play both in educating the public on how best to prevent and treat TB, and to maintain pressure on industry and governments to ensure that medicines, vaccines and diagnostics for TB are available and accessible for all in need.

Investing in tuberculosis is value for money. A group of 60 economists identified TB as one of the best buys with a return of $43 for each dollar invested in TB diagnosis and treatment. Further research and development will be needed to expand if the world is to win the battle against TB. Last week for example, a new study in the Lancet highlighted a low-cost, easy to use urine test that could diagnose TB among patients with HIV and thereby significantly reduce the TB death rate of HIV-positive patients and save thousands of lives every year.

On Thursday the world will mark 134 years since Robert Koch’s discovery. We know the dangers of TB and the growing challenge of drug-resistant forms of the disease. If we don’t act together immediately to increase access to quality medicines, diagnostics and vaccines, we will continue to see millions of people die for no reason and the world will have to deal with a TB doomsday scenario.

Festus Mogae is the former Botswana President and co-chair of the United Nations Secretary-General’s High-Level Panel on Access to Medicines.

Precious Matsoso is the Director General, Department of Health, and a member of the United Nations Secretary-General’s High-Level Panel on Access to Medicines.