Audit underway to determine which of the province’s 40,000 education assistants were paid 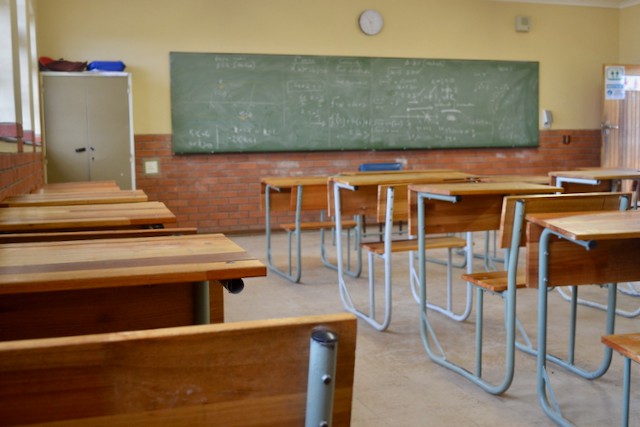 Many education assistants and general school assistants in the Eastern Cape have not received their monthly stipends. Archive photo: Joseph Chirume.

Hundreds, possibly thousands, of education assistants and general school assistants in the Eastern Cape have not received their stipends.

“The department hired us in November 2021 with the promise that all will be sorted out. However, some of us were not paid our December salary. Others were not paid for both December and January. I am one of those who has not received my salary for both months,” an education assistant, who did not want to be named, told GroundUp.

In a statement issued on 7 January, the Eastern Cape Department of Education said a forensic investigation was underway after three officials were suspended for creating the payment mess.

Spokesperson for the provincial education department Mali Mtima said they are busy doing an audit to find out who was not paid and who received money not meant for them.

Mtima said more than 40,000 education assistants were appointed in the province.

Education assistants are responsible for such things as preparing classrooms for teaching and learning, handing out workbooks and textbooks, and preparing marking sheets and capturing and keeping marks.

“We have given districts an instruction to go to every school doing the audit to check when the teachers were paid and for how long so we can reconcile that against our expenditure.”

Confusion was also created by the department paying schools instead of depositing stipends directly into the education assistants’ bank accounts.

A principal at a primary school in Motherwell said, “This is where the confusion started. Schools have their accounts while individual teachers are paid straight into their personal accounts. Once money is deposited into the school’s account it is used … We were only told that the money was for the teachers after it had already been deposited and some had already been used.”

The principal said, “It is very confusing and time consuming to sort this mess out. This is despite the fact that we provided the department with personal details of the assistants, including their banking details.”

According to Mtima the suspension of three officials came after the discovery of discrepancies when reconciling the accounts. This included the non-payment of some special and section 20 schools, the underpayment and the overpayment of some schools, and payment to schools that had opted out of the education assistance initiative.

At the time of publication, the education assistants that GroundUp had spoken to had still not received their December or January stipends.