Refugees have an equal right to schooling 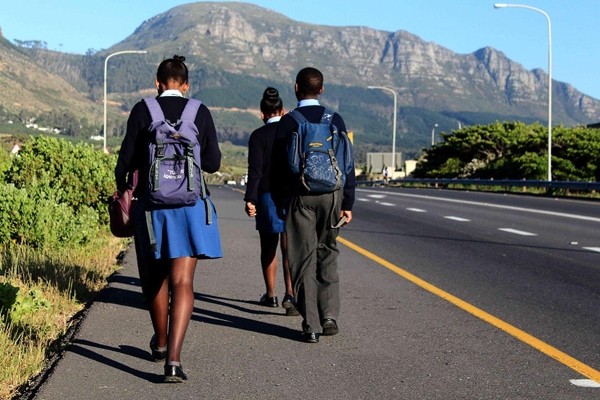 The Constitution guarantees everyone the right to basic education, and to equality. The United Nations Convention Relating to the Status of Refugees says refugee learners should enjoy the same education as nationals. But in South Africa, this is often not the case.

Grace* and her mother are from the Democratic Republic of Congo.

They have lived in South Africa as asylum seekers for about ten years, periodically renewing their asylum-seeker permits which allow for work and study in South Africa, and protect against deportation.

Grace completed her primary school education in the Western Cape and applied in good time for enrolment in grade 8 at her nearest high school, which happened to be the same one that her cousin Jeffrey* attended. Jeffrey was in the grade above Grace. His own application for enrolment was initially rejected, with the school citing a number of reasons, including that Jeffrey lived outside of the school feeder-zone (which was incorrect), a bad behaviour report from his primary school, and the fact that as a foreign national Jeffrey would probably struggle with the language barrier at the school, which was dual-medium. In truth Jeffrey, like many other young asylum seekers who completed primary schooling in South Africa, was able to understand and speak Afrikaans at his grade level.

Eventually, the Provincial Education Department intervened, informing the school that it was unfair to reject a learner from a public school based on these grounds.

At the time of Grace’s application, she was in possession of valid asylum-seeker papers. The papers expired while Grace’s application was being considered, and were subsequently renewed. Several months after lodging her application, Grace received a letter of rejection from the school, citing her expired asylum-seeker papers as the reason. Despite Grace’s mother’s pleas, letters from the Equal Education Law Centre (EELC), and the submission of proof that she was now in possession of valid documentation from the Department of Home Affairs, the school refused to admit Grace. An appeal to the Provincial Department of Education eventually overturned the school’s decision.

Jean* also from the Democratic Republic of Congo, is recognised as a refugee in terms of s24(3)(a) of the Refugees Act. He and his family have lived here since 2007. Jean met the requirements for an exemption in terms of the School Fee Exemptions Regulations and, in 2008, duly made application to his children’s school. The school failed to respond. In 2009 Jean again applied, but was told by the school bursar that, as a refugee, he did not qualify for an exemption.

Jean then approached the EELC, who successfully made application on his behalf for rescission of judgment on the basis that he had a prima facie defence, grounded in the school’s refusal to allow him to apply for a school fee exemption due to his refugee status.

The issue highlighted not only the discriminatory approach of schools to foreign nationals, but the shortcomings in provincial education departments’ monitoring and compliance of the fee-exemption process.

The Constitution guarantees everyone (not just citizens) the right to basic education. Section 3(1) of the South African Schools Act says basic education is compulsory for all learners from the age of 7 to 15 or the ninth grade, whichever occurs first. In addition to this section 9 of the Constitution protects against unfair discrimination – on the basis, amongst others, of race, belief, culture, ethnic or social origin, language or birth – and section 5(1) of the Act says “A public school must admit learners and serve their educational requirements without unfairly discriminating in any way”.

Furthermore, the renewing of asylum-seeker papers, which has to happen every two years, has over the past few years been made even more difficult, following the Department of Home Affairs’ decision to close down three of its Refugee Reception Offices in Johannesburg, Cape Town and Port Elizabeth. Lawyers at the Legal Resources Centre and Lawyers for Human Rights have made court challenges, and in some instances the decision to close down offices has been declared unlawful.

However, the recent decision of the Cape High Court to allow the closure of the Refugee Reception Office in Cape Town is disappointing.

Asylum seekers from across the country now need to travel to Pretoria, Musina or Durban to renew their papers. This has resulted in the obstruction of a number of learners being enrolled to school or registered to write their matric exams.

The law requires us to afford equal rights to foreign nationals. All fundamental rights, including every aspect of the right to education, must be equally available to everyone. Within South Africa, there can be no borders to education.

* Not their real names