Home Affairs warned the refugees to accept offers of assistance by the UNHCR or leave the sites, but the department has not enforced the demand

Some refugees who protested to leave South Africa outside the UNHCR offices in Cape Town in 2019 still remain at temporary shelter sites in Paint City [Pictured above] and Wingfield. Photo: Ashraf Hendricks

Refugees who protested outside the United Nations High Commissioner for Refugees (UNHCR) offices in Cape Town in 2019 demanding to leave South Africa will remain at the two sites in Paint City and Wingfield to give “immigration officials time to complete their work”.

This is according to a statement by the Department of Home Affairs (DHA) on Friday.

On 19 April, the Minister of Home Affairs Aaron Motsoaledi warned that the offers for resettlement and repatriation to the two protesting groups, which expired last week, were final. He said services at the two sites would be withdrawn and that protestors refusing to leave would be dealt with by law enforcement.

On 26 April, the two groups living in temporary shelter sites, received notices to either take the UNHCR’s offer to help them reintegrate into the communities they lived before the protest, or to voluntarily repatriate to their countries of origin.

The department also said that about 400 of the protesters from Wingfield and another 120 from the Paint City site were willing to be reintegrated or voluntarily repatriated.

Laurence Mambu, a representative of the Wingfield group, said there were about 390 people at the site as of last Thursday before more refugees from Bellville joined them. 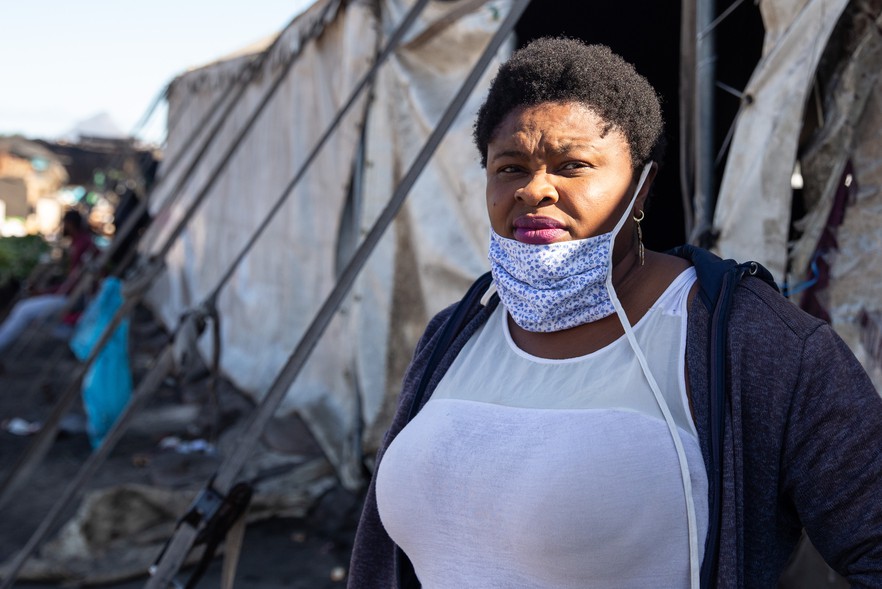 Asylum seeker Florence Lupaka says she lost everything sleeping outside for two years after she first joined protesters outside the UNHCR offices. Photo: Ashraf Hendricks

Florence Lupaka arrived in South Africa 2007 and has asylum seeker documents. “I lost everything sleeping outside for two years,” she said.

UNHCR spokesperson Kate Pond said they are providing three months rent, food, and household items for about 400 people who have asked for assistance with reintegration.