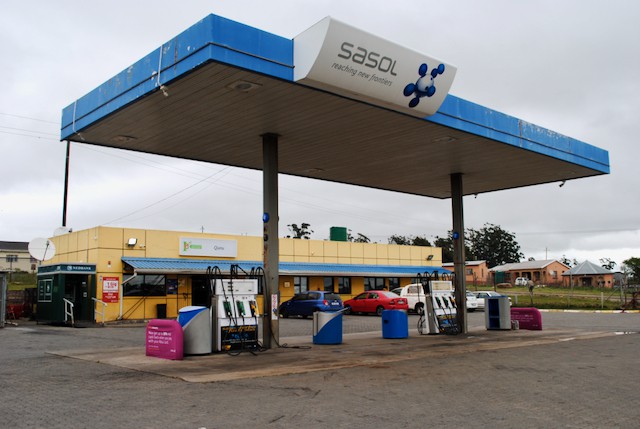 Promised by government as a way to alleviate rural poverty, the Qunu Integrated Energy Centre, now mired in acrimony and hidden finances, has done little besides sow division in the community. Photos: Mkhuseli Sizani

Qunu, famous for being Nelson Mandela’s childhood home, benefitted from his legacy in the first decades of democracy. But much of that progress has been undone since his death.

Last month we reported that a multi-million-rand multi-purpose community centre has become an empty shell left for goats to graze on its grounds.

Now we report that the R8-million Qunu Integrated Energy Centre, established ten years ago, is mired in controversy and a source of bitter divisions in the community.

Officially opened on 14 January 2011, the centre was a project of the Department of Mineral Resources and Energy (DMRE) in partnership with Sasol. The launch was attended by then Minister of Energy Dipuo Peters, then Premier of the Eastern Cape Noxolo Kiviet and also the late Winnie Madikizela-Mandela.

“Life will never be the same for the community of Qunu, near Mthatha, following today’s opening of a ground-breaking energy centre,” read the government news agency story. “Hundreds of people braved the blistering sun to witness the ceremony,” it continued.

“This is indeed a clear indication that the ANC government is serious about service delivery and a better life for our people – that cannot be disputed,” said Minister Peters. She promised that many great things would come as a result of the centre.

It is a two-pump filling station and a shop. It was meant to have a library, information centre, and computer room “all available for the community to utilise”. There are 12 Mercer computers that have never been touched, some still in their boxes ten years later. The library is a collection of old donated books and bibles. The shop sells paraffin, gas, candles, petrol and diesel. Other than chips, soft drinks and chocolates, there’s nothing much else to buy.

Besides the “energy centre” in Qunu, a number of these petrol stations were built around the country and hyped by government as part of rural development and touted as a way to alleviate poverty, create jobs and “capacity building”.

We reported on another such failed energy centre in Qamata in 2019.

The centre is meant to be owned and operated by a cooperative and organised as a community project. But the royal house, the Qunu Integrated Development Committee, and the people they represent in the 19 villages that make up Qunu, say the petrol station hub has failed to achieve anything like this and only benefits a lucky few.

Fumanekile Vinjwa is the chairperson of the Qunu Integrated Development Committee. This was formed by people who could not afford to join the co-operative but who oversee developmental projects in Qunu, such as the defunct multi-purpose community centre. Vinjwa says the energy centre “was a disaster from the first day when the Qunu Energy Development Primary Co-operative took over”.

One of the first decisions taken was that the joining fee of R1,000 would be increased to R5,000 to be part of the co-operative. This was not popular with many people.

“Government, King Sabata Dalindyebo Municipality and Sasol officials made it clear that this is our centre and it should benefit us,” says Vinjwa.

“A certain percentage should go to a royal house, some of it to help learners who passed matric with their registration fees while they wait for student loans … also to help needy families.”

The Qunu Energy Development Primary Co-operative Ltd was managed by a board of 19 sub-headmen, one from from each village, who could afford to pay the R5,000 joining fee.

“Since then we [Qunu Integrated Development Committee] have never been consulted,” says Vinjwa. “The board never called annual general meetings. There are no financial reports or a copy of its constitution … When we ask … they insult us. They tell us that we have no say in the running of the fuel station.”

“In 2014, the filling station went bankrupt and they had to lease it to one of the board members … We were never consulted about that.”

“This board must be dissolved because it has failed its mandate to help the learners who have passed matric. Not a single member of the community and the royal house has ever received a cent from this project,” said Vinjwa.

“My husband was from the Madiba clan,” says Chief Nokwanele Balizulu. “When my husband passed away, Madiba said I can take over from my husband’s role and become a chief … I am the one who allocated him the land where he built his homestead.”

“I joined the cooperative for R1,000, but after a month I resigned because it was poorly managed.”

“The entire board undermines the legacy of Tata Madiba … Greedy individuals are destroying his legacy while the community suffers.”

“I have 150 households who are struggling to make ends meet. Some are big families with eight and 12 members, all depending on one social grant. Their food only lasts for two weeks, then they have to beg for food from neighbours and me.”

“Madiba trusted me a lot. But it is a disgrace to see his own people suffer like this while he opened many doors for us. Our filling station cannot be run like a spaza shop.”

“The board has no respect for Madiba, the community or myself. I have been summoning them to meetings but they would only send one representative. If they don’t want to come to our meetings, I will go to the Hawks and lay a charge of corruption against them,” she said.

The co-operative on the defensive

But Zimasa Jim, chairperson of the co-operative board, who previously served as the treasurer and deputy secretary for three three-year terms, says, “We don’t account to the royal house for our business. We only account to the DMRE and we submit our audit reports every time when requested.”

“Since the filling station was opened I have been a member of its co-operative. We started with 24 members and the joining fee was R5,000 … We are 16 members because many members resigned and two passed away.”

“There was never embezzlement of funds. We experienced financial challenges because we had many burglaries. The filling station is not as profitable as people might think.”

“But I am not at liberty to divulge the information about rent and other operational matters in the media,” she said.

The man who rents and runs the centre

Mzimkhulu Msiwa, a member of the co-operative who now rents the filling station from the co-op, said, “Six months after the opening it went bankrupt because of embezzlement of funds by members.”

“Out of respect for Madiba’s legacy … I decided to step in and rescue the garage with my own money.”

“The co-operative could not afford to buy fuel. The petrol tank has a capacity of 46,000 litres petrol and 23,000 litres diesel.”

“I reached an agreement with the co-operative that we would share the profits 50/50. The co-operative did not pay a cent; it was only me injecting the money. For about a year, everything went well. But the members embezzled the funds again.”

Msiwa said he then decided to rent the station outright.

“In 2014, we agreed that I will pay R30,000 monthly rent for using the garage for five years, instead of it becoming a white elephant. I also joined with my R5,000 to become a cooperative member.”

“My lease agreement is five years and this is my second term,” said Msiwa.

The department washes its hands

The national DMRE office confirmed that the the centre is run by the co-operative members. It said they are “encouraged, as part of corporate social responsibility, to support the local community as and when business can sustain such projects”.

“The opening of the garage raised our hopes for nothing,” says Ntomboxolo Gwebo, of Lwalweni Village. “Before it’s opening, we were promised that it will assist our children with university registrations while waiting for NFSAS loans. Also to help poor families like us.”

“My son passed his matric last year and wanted to become a lawyer. But he ended up leaving for the Western Cape because we never heard anything again from that filling station board.”

“We are a family of eight and we all depend on my mother’s pension.”

“The last time I had a piecemeal job was in 2013 during Madiba’s funeral.”

“Our chief helps us sometimes but she is not coping because there are many of us who go to her house and ask for food.”

“There are no soup kitchens here. Madiba was our saviour. We used to get food parcels from him that were enough for our families. They included food cans and soup to mix with our mealie meal,” says Gwebo. 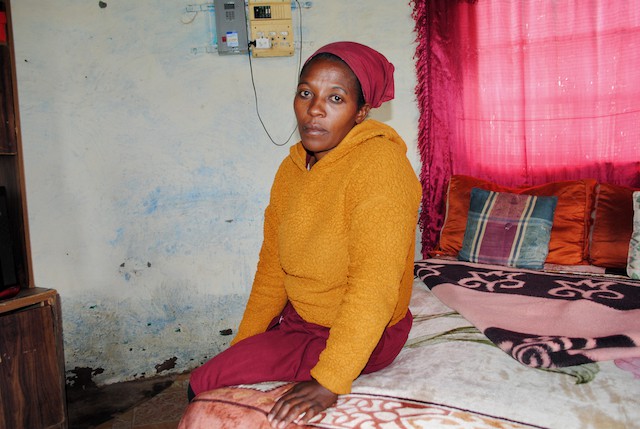 “We pinned our hopes on that filling station. We were promised that it would help our children with school fees and poor families like us would be supported,” says Nombuyiselo Qwase, 70, who lives with her five children and five grandchildren.

“But since it was opened we never benefited from it. Our children have no jobs and are a heavy burden on us.”

Her daughter, Thabisa Qwase, says, “We thought that the filling station would change our lives like Madiba did. But it was just the empty promises. I am struggling to buy clothes and pay the R250 school fee for my child.” 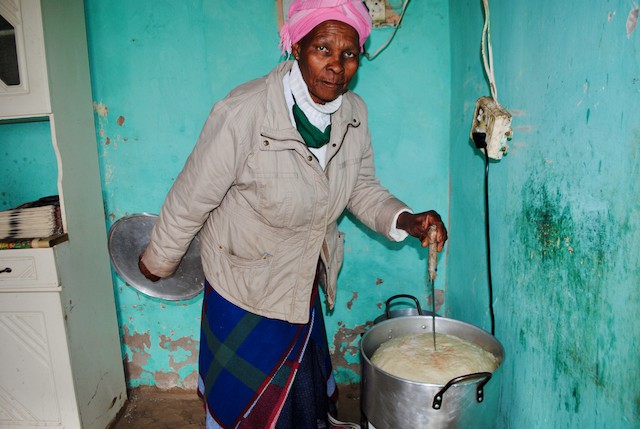