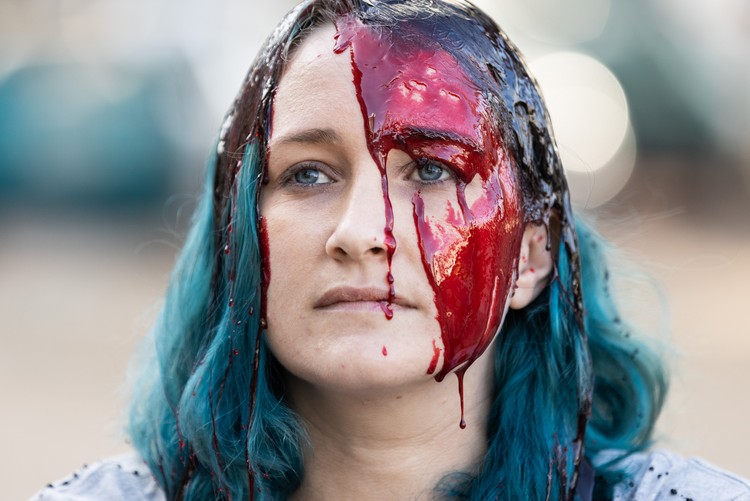 Protester Natasha Slabbert on Tuesday morning outside the Cape Town International Convention Centre. She joined members of Extinction Rebellion Cape Town who were demanding an end to the exploration and exploitation of new gas fields in Africa. Photos: Ashraf Hendricks

A small group of protesters covered themselves in fake blood and oil outside the Cape Town International Convention Centre (CTICC) on Tuesday morning at the start of the annual Africa Oil Week. The protesters, from Extinction Rebellion Cape Town, were demanding an end to the exploration and exploitation of new gas fields in Africa, and calling for investment in alternative technologies.

Throughout the demonstration, the protesters were silent. 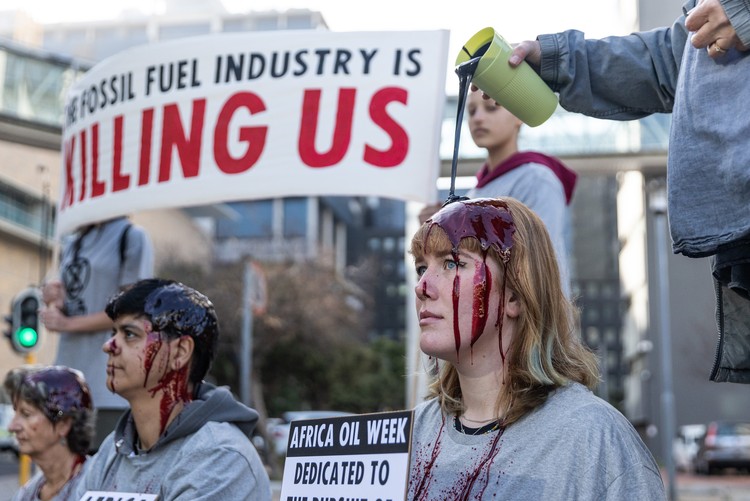 A protester is covered in fake blood outside the CTICC.

Africa Oil Week started on 3 October and brings together representatives of governments and corporates from across Africa.

Protesters held a large banner stating “The Fossil Fuel Industry is Killing Us”. 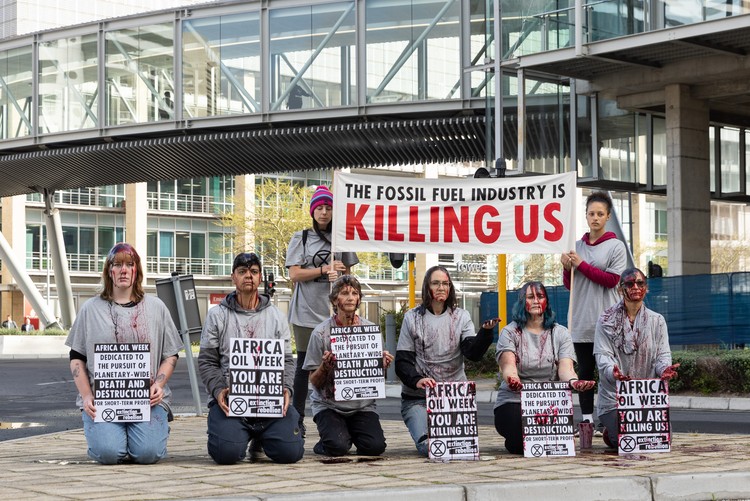 Demonstrators held posters which read “You Are Killing Us!” and “Death and Destruction” to mark the start of Africa Oil Week.

She said governments should not be investing in new oil and gas in Africa. These investments will increase carbon emissions and damage the environment and “will end up killing us all”, Scott-Goldman said. The oil industry and governments “have blood on their hands”, she said.

According to the United Nations, carbon emissions must be almost halved by 2030 in order to avert the worst impacts of climate change.