Lwazi Primary has been the target of criminals for weeks 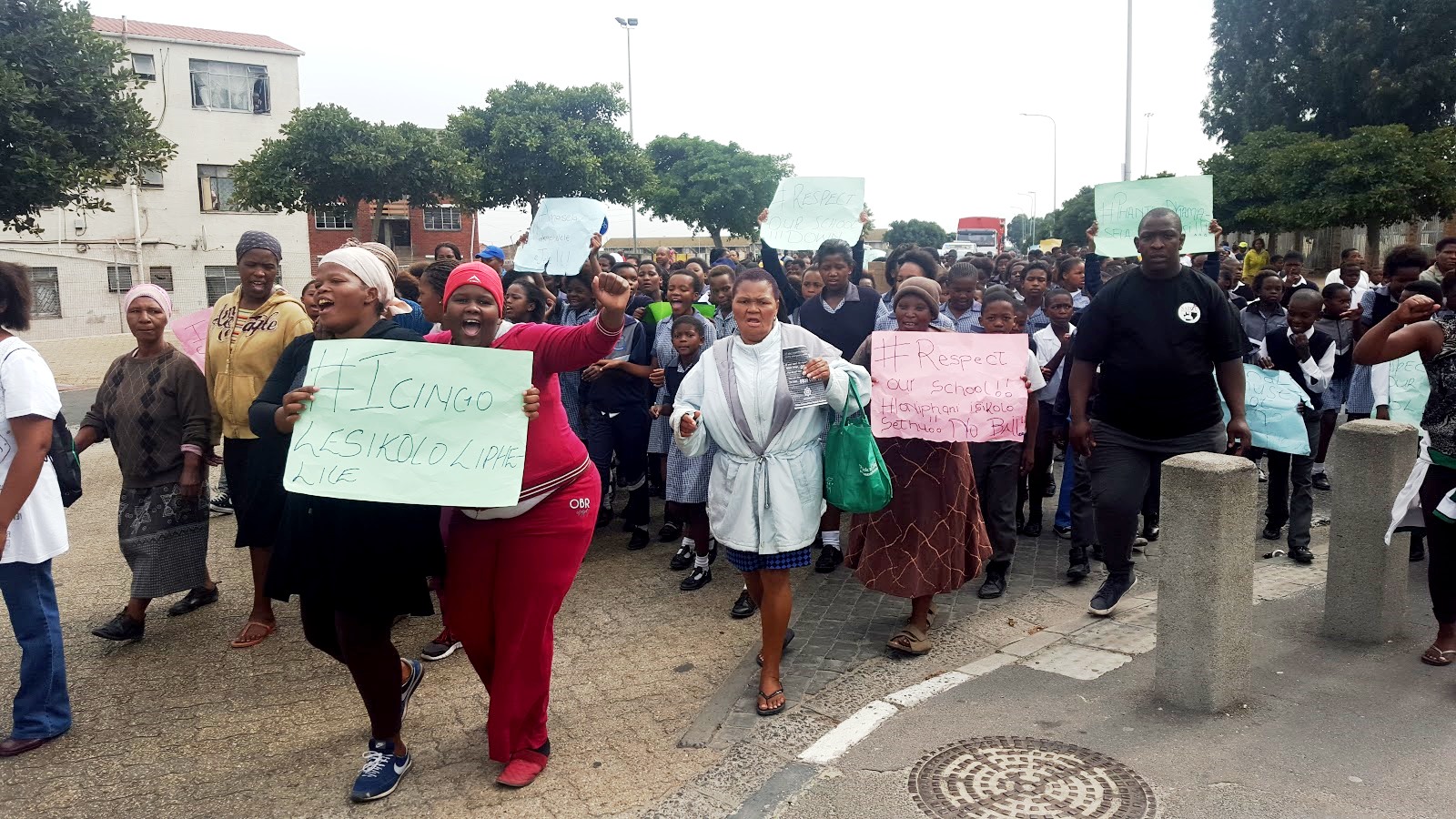 Hundreds of teachers, students, community members and parents marched through Gugulethu calling for end to crime and vandalism at Lwazi Primary School. Photo by Mary-Anne Gontsana

On Thusday, teachers, students, parents and community members came out in their numbers to march against vandalism and crime in Lwazi Primary School in Gugulethu.

According to teachers, Lwazi, which runs from Grade R to Grade 7, has had numerous break-ins in recent weeks. Textbooks, the pots used for the learners’ feeding scheme, part of the school’s fencing, stationery and printing paper have been stolen from the school.

The marchers say the culprits are people from Barcelona, an informal settlement right behind the school.

“Two guys from Barcelona were arrested after they were caught by school security trying to steal from one of the classrooms,” said Phumla Klaas, a Grade 2 teacher.

“We’ve also had an incident where some guys were caught smoking tik inside the school premises … The perpetrators gain entry to the school yard by cutting the fence. Most of the incidents happen after school hours or during weekends.”

The march started at Lwazi Primary School and went through Gugulethu and to Barcelona informal settlement. Followed by police vans and a woman with a loudhailer, the marchers waved posters with words such as: ‘Phantsi ngama sela phantsi’ (Down with thieves, down), ‘Criminals must rot in jail’ and ‘Respect our school’.

One of the parents, whose child is in Grade 3, said crime in the school was disrupting education; children were supposed to be safe while in school.

Western Cape Department of Education spokesperson Jessica Shelver confirmed that the school had recently fallen prone to numerous incidents of burglary and vandalism.

“The Safe Schools Call Centre followed up with Lwazi Primary and spoke to the principal who indicated that towards the end of last year they started experiencing problems with people stealing the fence at the back of the school bit by bit,” she said.

In the most recent burglary a new fence in the storeroom, which the school was using to repair the old fence, was stolen.

“Armed response has responded to each call, however in each case, they did not get to the school in time,” said Shelver.

The department has undertaken to put up a new fence in June.