PRASA service gets worse even as it hikes ticket prices 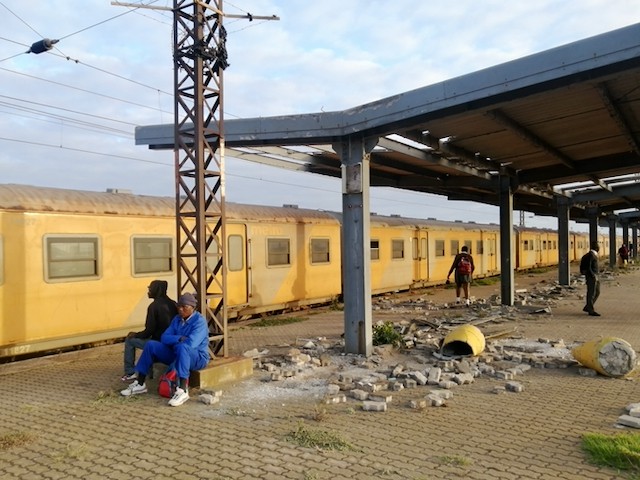 Commuters travelling between Kariega and Gqeberha say they struggle daily with dilapidated, filthy trains that are late. They are fed up with poor service from the Passenger Railway Agency of South Africa (PRASA).

On Friday morning, GroundUp joined commuters at New Brighton station waiting in the dark for the 6am train. There are no lights, no fence, no functional waiting areas, no toilets and no security guards. The stairs to the station are crumbling. Debris lies on the railway tracks. 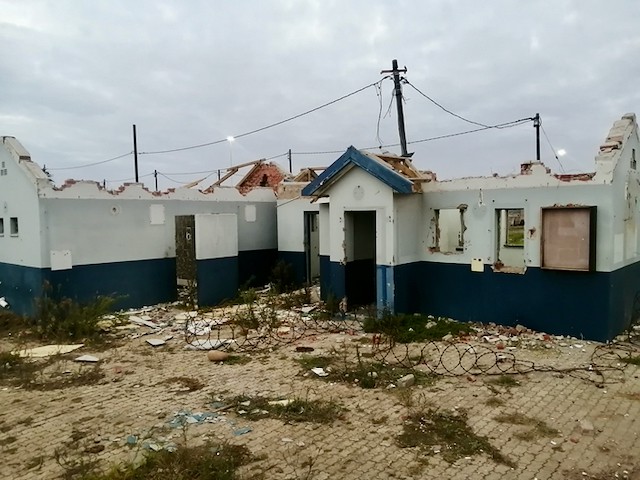 The toilets at New Brighton train station in Gqeberha.

Nombulelo Silwana, from Red Location, works as a security guard. She said the train is often 45 minutes late. “Every day there is a new excuse.”

Workers in industry, construction and retail, domestic workers and learners depend on the train. But even as the service has deteriorated, prices have gone up.

“Last year we had a cheap monthly ticket system of R140. But in January this year PRASA is no longer selling it. We only get an expensive weekly of R47 [an effective increase of 45%].

“When we complain, the rude ticket collectors tell us that we can go and catch a taxi because PRASA is trying to recover the money that has been lost during the lockdown.”

“This weekly system is too expensive for me,” she said.

Sindiswa Heshu, from New Brighton, said, “I have over 30 years using this train … But ever since PRASA took over, everything has changed from better to worse.

“Our train station is vandalised. Toilets, electricity and waiting areas are vandalised. There is no access control to the station. The fence is broken down. We also get robbed because there are no security guards on site,” she said.

Jade Devine, from Kariega, said, “I don’t respect PRASA because it does not care about our jobs. For two years I have been using a train from home to Deal Party Industrial area. We are always late and get written warnings. Because Devine can’t risk being late, he catches a train 75 minutes earlier than he should have to take.”

Tuesday Mayane, from KwaNobuhle, said, “Since I started to board this train in 2008 the service has been poor. The train sometimes does not even arrive.”

Mayane said the alternative for him is to take three taxis, which will cost him R140 for a return trip to work. “But per week on a train I spend R60,” he said. 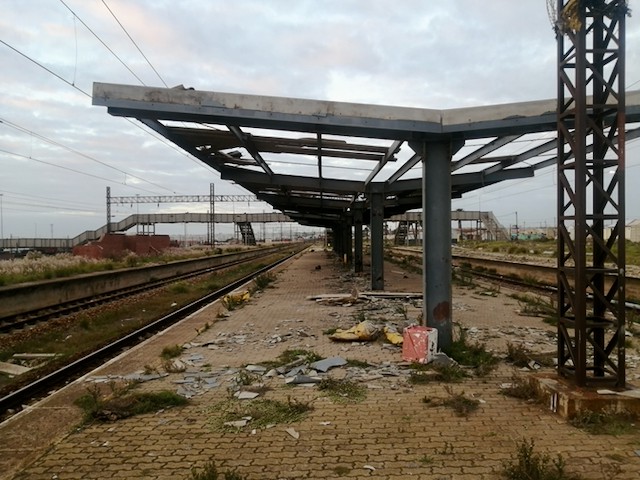 The waiting area for passengers at New Brighton train station.

“We resumed with limited service as per COVID-19 regulations (we are offering a reduced service). We sold daily tickets and moved to weekly tickets which are already discounted with 50% of the normal daily train fare.”

She said from Uitenhage to Redhouse the trains are running on a single line operated by Transnet Freight Rail.

The line is not electrified and they are using disel class-34 locomotives.

“The region has a plan to address operational challenges, and also there is a budget allocated for the current financial year,” said Katsio.