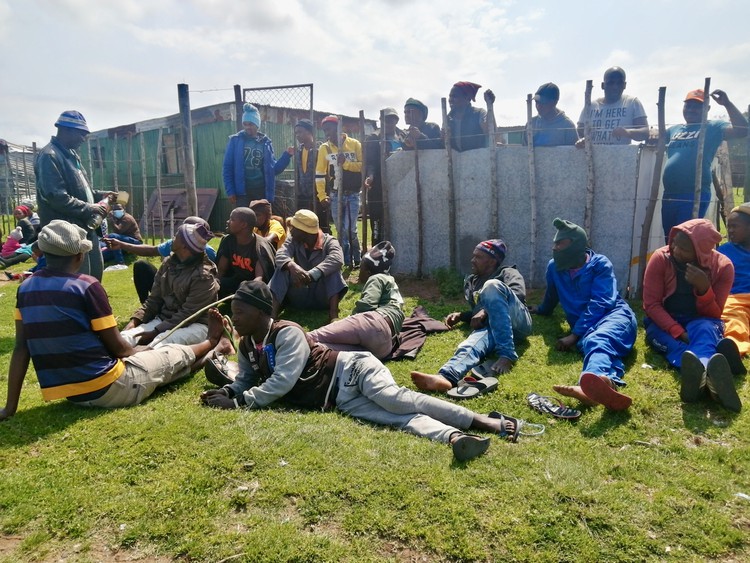 Forty former Dippin Blu Racing horse groomers from Port Elizabeth will have to wait another week for the outcome of a Commission for Conciliation, Mediation and Arbitration (CCMA) hearing to determine whether they can claim unemployment benefits. Archive photo: Mkhuseli Sizani

Former Dippin Blu Racing horse groomers from Port Elizabeth will have to wait another week for the outcome of a Commission for Conciliation, Mediation and Arbitration (CCMA) hearing to determine whether they can claim unemployment benefits.

The CCMA proceedings were meant to take place on Friday, but got postponed at the eleventh hour in order for the CCMA to make a decision in limine (a preliminary technical legal point to be argued in the case).

Representing the former grooms, Malibongwe Kayiyane, provincial secretary of the Democratised Transport Logistics and Allied Workers Union, said, “The case could not take place today because we are waiting for a point in limine. We took over the case in April, but the lockdown delayed it. The complaint was late by three months [according to CCMA rules]. We will only get the judgement within the seven working days.”

The group first took the matter of their dismissals to the CCMA in March. But then they decided to drop the complaint so that they could apply for UIF, which they couldn’t do if the case was pending at the CCMA. In September, they discovered that the Department of Labour’s system showed that they had absconded from work, making them ineligible for UIF.

Then on 17 September, protests broke out and the grooms reopened their CCMA complaint. The violent protest stemmed from an incident in February where a worker injured a horse. The stable owner says the worker stabbed the horse in the neck. The horse grooms dispute this, saying the worker mistakenly cut a horse’s ear during grooming.

The workers say they pleaded with the owner not to fire their colleague “because that mistake could happen to all of us”. In the ensuing dispute the worker and 39 others were fired instead.