An open opportunity society for some? 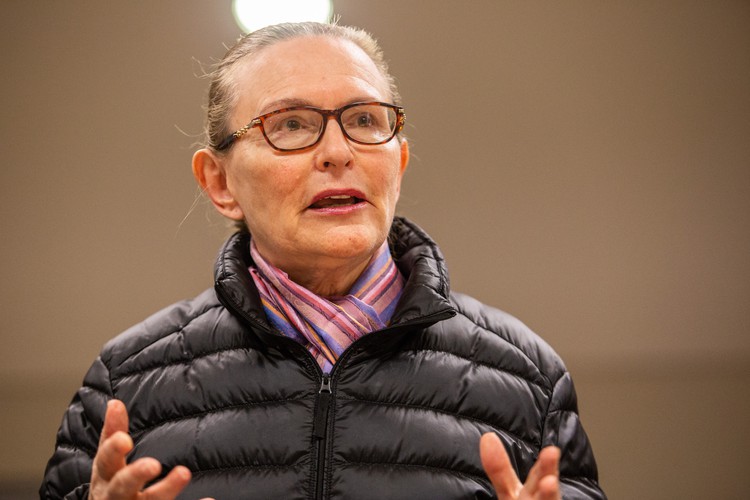 “An Open Opportunity Society for All” is the idea which underpins the Democratic Alliance’s vision for South Africa.

The term appears on its twitter page, as the defining theme of the party’s Vision, in many speeches, and was said often at the ill-fated press conference with Mamphela Ramphele. It also appears in the DA’s New Economic Policy released this week.

But when looked at closely, the DA’s liberalism – its “open society” – sharply conflicts with the ability to create a society in which “opportunities” are enjoyed by all.

Liberalism – which dates back to seventeenth century Britain – is mainly concerned with freedom, equal rights and the protection of private property. It was a radical ideology that challenged feudalism and the idea that kings should rule by divine right. Liberalism, in its various forms, continues to argue for the equal moral worth of all individuals, whose freedom and individual rights are paramount and must not be subordinated to a collective good or encroached on by the state.

The DA’s Open Opportunity Society for All falls within this tradition.

The DA argues that your path in life should not be determined by the circumstances of your birth. The party recognises that while we are all offered the same “formal freedoms” we are not all able to take advantage of them, because some people “do not have the wherewithal – the money, power and opportunity – actually to be themselves, to develop themselves and to pursue their own ends.” According to the DA, in order to overcome this it is necessary that everyone is “offered the opportunity to develop the capabilities needed to take advantage of the formal freedoms they enjoy.”

The proposition that all people should be offered “equal opportunities” in life, an idea with a long philosophical and political history, is a progressive one. While different to the DA’s formulation, it is a useful starting point.

Consider a running race. Equal opportunity could be taken to mean that we should all be given the same starting point, that no one on the basis of race, gender, birth, privilege etc. should start further down the track than others.

But what of the one-legged woman? Should she start at the same point as everyone else? Essentially, the vast majority of South Africans are one-legged in comparison with the privileged minority. Schools in Khayelitsha are far inferior to those in the city centre, Wynberg or Camps Bay.

A substantive notion of equality of opportunity must acknowledge that disadvantaged people need to be offered assistance in order to take advantage of the opportunities life has to offer.

But what is enough assistance? Even if Khayelitsha had excellent schools, when you live in a shack without electricity, when your parents cannot help you with your homework or cannot afford to hire a private tutor, then aren’t you still at a disadvantage? Do we not also need radical wealth redistribution in order to give everyone a fair shot?

The DA’s position on this spectrum is confused. On the one hand its policy document acknowledges that the debilitating consequences of poverty, poor education, lack of access to basic healthcare and employment limit the ability to enjoy freedom. On the other hand the remedy offered is paper thin; it does not speak about equal opportunity but simply opportunity for all, and that opportunity only extends as far as the chance to “develop one’s capabilities”, with an emphasis placed on education and skills development.

Essentially, everyone in the race gets to go to boot camp and no formal discrimination is permitted, but the benefits which inherited privilege provides, and the many handicaps that disadvantage brings are left unchallenged.

The DA’s flip-flop and ultimate rejection of the Employment Equity Bill last year is a good example. In the words of Helen Zille, “empowerment strategies that broaden opportunities [i.e. via education and skills development] and create jobs” for individuals are in, but systematic intervention on behalf of a disadvantaged group is out.

Giving people equal opportunity means intervening in order to give everyone a fair shot at attaining a particular position in society. But even this is inadequate because it accepts that society must remain unequal and hierarchical. But even so, the DA’s notion of opportunity for all doesn’t even offer an equal shot at claiming a spot within this hierarchy. This is because the DA’s liberalism, in its concept of an open society, undermines real access to opportunities.

For the DA, the open society is underpinned by the “two key ideas of… individual freedom and the limitation of state power”. In the liberal tradition these are both closely tied to the protection of private property and the promotion of free-market economics. The adherence to these principles restricts opportunity in two ways.

First, the capitalist “free market” produces gross inequality that sabotages some people’s ability to access opportunities. The last three decades, in which economic policy has been closely aligned with liberal “free-market” ideology has seen the rise of inequality, particularly in those countries – such as the United States and United Kingdom – which have most vigorously pursued liberalisation.

This system has not created an environment in which all people are able to take advantage of opportunities, even where they are supposedly on offer. In the US a study shows that the chance of moving from the bottom fifth of income distribution to the top fifth over the last four decades was about 9 percent.

Second, the range of policies that increase access to opportunity is limited by the liberal commitment to minimal state interference.

This is not to say that liberal principles are unimportant; individual freedom is important. The contradiction exists based on how liberals interpret this notion and the primacy they give to a limited state. The DA obviously acknowledges that state intervention is required to govern society. However, they argue for the limitation of state power because the “extension of state power necessitates a limitation of individual freedom”.

The contradiction here is that if we truly want everyone to live in a society where “your path in life is not determined by the circumstances of your birth” then the only way to create genuine opportunity for all is within the context of a radically more equal society, and this requires significant state intervention. But we need not see this as opposed to individual freedom. In fact, one condition for true freedom is freedom from want.

The DA’s liberalism has no room for this egalitarian conception; the freedom promised by liberals is always only freedom for some. The DA speaks of every person as being equal but nowhere in its official platform does it speak of a more equal society; indeed its underlying philosophical approach is completely incompatible with the latter.

Ultimately genuine opportunity for all not only creates a more equal society, but is only possible on the basis of radical policies that simultaneously pursue creating equal opportunities and far-more equal starting points. Surely we want a world where none of us enter the arena with only one leg.

Gilad Isaacs is completing a PhD at SOAS, University of London and is an independent researcher. You can follow him on Twitter.