Occupiers facing eviction refuse to move until their demands are met

About 31 households at Backstage in Khayelitsha want the City to relocate them to serviced sites. 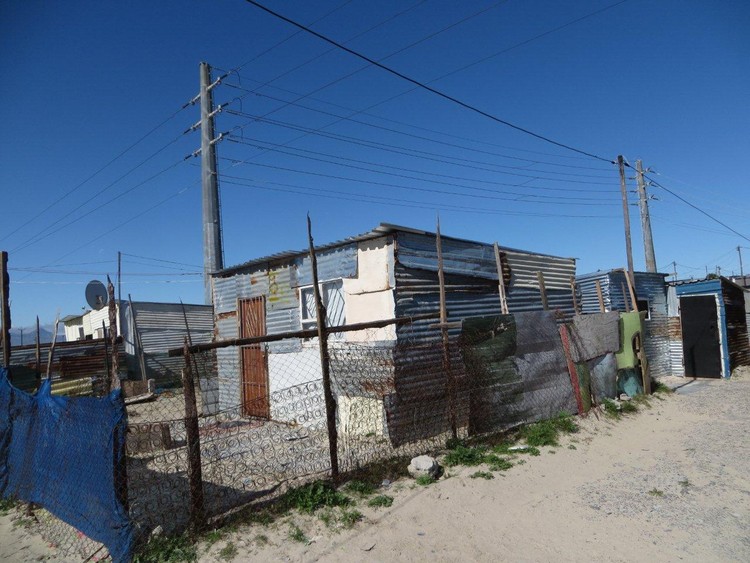 Shacks at Enkanini, nearby where the occupiers of Backstage informal settlement believe they will be moved to, are under power lines. Photo: Vincent Lali

About 31 households at Backstage informal settlement in Khayelitsha are demanding that the City of Cape Town relocate them to serviced sites.

The group, which have occupied the site since 2020, got notice from the City on 25 July, ordering them to move or demolish their structures. The land is earmarked for another development project earmarked for 250 beneficiaries, the City said.

In the notice, the City warned occupiers that they had seven days to remove their structures or their homes will be demolished.

Community leader Mpumi Dyantyi told GroundUp that occupiers will only move if the City promises to accommodate them on serviced sites where they can stay permanently. The area in nearby Enkanini that the City wants to move the occupiers to has no taps and toilets, she said.

“We also want the City to promise in writing that we will be allowed to join the Enkanini Upgrade Project,” said Dyantyi. This is a project to improve living conditions in informal settlements in Khayelitsha. She said that the letter caused confusion because it was not signed and doesn’t state when the seven days start and finish.

“The City gives us five cheap, poor-quality zinc [shacks] when we relocate. We always have to hire and pay people to rebuild our shacks. We don’t have money because we don’t work. We have kids to feed, clothe and send to school,” she said.

One of the occupiers, Unathi Madubula, is concerned that shacks at Enkanini, where they are to be moved to, are under power lines. “The area is too dangerous to live in because of these power lines. I’m willing to relocate so that the development project can go ahead but I also want to have a permanent place of my own,” she said.

In response to our questions about the eviction notice, the City said, “The unlawful occupiers will be provided ample time for all relocations. Unlawfully occupying this area takes opportunities away from the rightful qualifying beneficiaries who have worked with the City over a number of years to get the project off the ground. It is not fair or legal.”

The City said the Backstage upgrade project will cost R15-million and provide electricity, water and sewer reticulation, roads, and individual standpipes and toilets to beneficiaries.