A Cape Town mom couldn’t find a school for her autistic son. So she started one 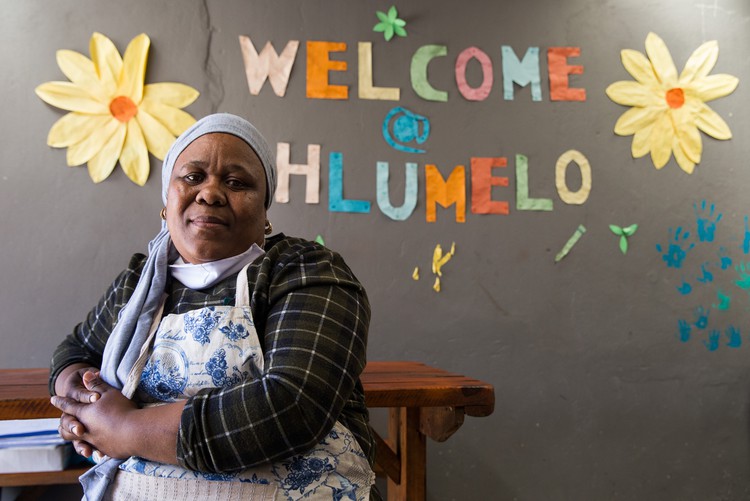 Phumeza Booi Welisa runs the Hlumelo Educare Centre out of her home in New Crossroads to mostly assist children with autism. The centre was named after her son with autism after she struggled to find placement for him at other Early Development Centre (EDC) in the area. Photo: Ashraf Hendricks

When Phumeza Booi Welisa from New Crossroads in Cape Town could not find a school suitable for her son with autism, she had no choice but to start her own.

Welisa said that when her son Hlumelo was born on 18 April 2009, everything appeared to be fine. She said it was after he turned two that she started noticing some development delays such as being unable to talk.

According to Autism South Africa, Autism Spectrum Disorder (ASD) is a developmental disability involving brain development. “People with ASD may communicate, interact, behave, and learn in ways that are different from most people. The learning, thinking, and problem-solving abilities of people with ASD can range from gifted to severely impaired.”

She took Hlumelo to the Red Cross Children’s Hospital where she was informed that he has autism. Having never heard of the condition before, Welisa sought advice from her mother who had been caring for a child with similar behavioural traits as Hlumelo.

Welisa said she struggled to find placement for Hlumelo at schools. She said that they moved him to about seven creches in one year. When her mother and grandmother passed away, she had to quit her job as a supervisor at McDonalds.

She said that when Hlumelo was about seven years old, she sent him to Alpha School in Woodstock, a school specialising in children with autism. “I was so happy, hoping that my child was going to school,” she said. But that too fell through after the school told her that they only accepted children who were no longer using nappies.

Welisa then decided to potty train him herself at home. She noticed that he was scared of the flushing and would get nervous and cover his ears. Another issue was that his feet could not touch the ground so he was never relaxed. At eight, Hlumelo successfully enrolled at Alpha School.

Welisa said that because of the frustration and long journey she experienced, she wanted to help other parents and children like Hlumelo in the township. She then completed an 18-month Educare course at False Bay College and started her daycare Hlumelo Educare Centre in 2017, an NPO to prepare autistic children for school.

Without a location for the daycare, Welisa used spare rooms at her home. She started caring for two autistic children, but news of what she was doing spread quickly. “In our community there’s a lot of children whose parents are unemployed,” she said. She was approached by many parents to look after their children as well. “I noticed that the children with autism were learning from the ones without autism … They’re learning from each other,” she said.

Before lockdown 62 children, aged six months to eight years, were enrolled at the centre, including eight autistic children from the community. The educare operates in three rooms and has seven staff members which include four teachers, a cook, caretaker and Welisa. The centre is currently not funded by the Department of Social Development and relies on school fees at R230 per child per month. But often only some of the parents can pay. The staff, who are volunteers, are paid a stipend sometimes, depending on the educare’s income.

When they reopened in lockdown level 1, only 13 children returned. Only nine parents have paid so far. “Most of the parents lost their jobs,” she says. 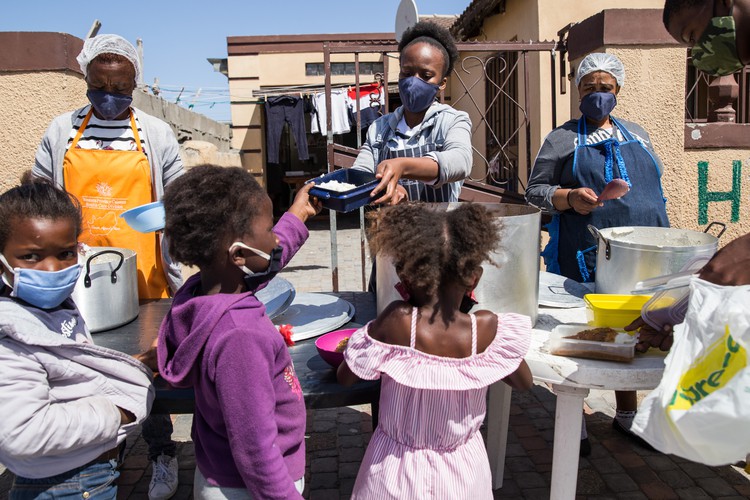 Beauty Salum, a teacher at the centre with Hlumelo’s sister Amahle and Nozililo Mlungane, the cook assist with a community feeding scheme as part of the Afternoon Angels program in New Crossroads, Cape Town. Photo: Ashraf Hendricks

The Hlumelo Educare Centre is part of the Afternoon Angels program. An initiative where community members in townships open their homes to give children food and a safe place to play and wait until their parents are home. Food for the program is sponsored by Ikamva Labantu.

Welisa hopes to turn her educare into a registered ECD centre. This would allow her to apply for government funding, but a lot more is required before she can do that. “There’s a lot of things they expect us to have, like fire extinguishers … There’s still a lot we can’t afford to buy for us to be registered,” she said.