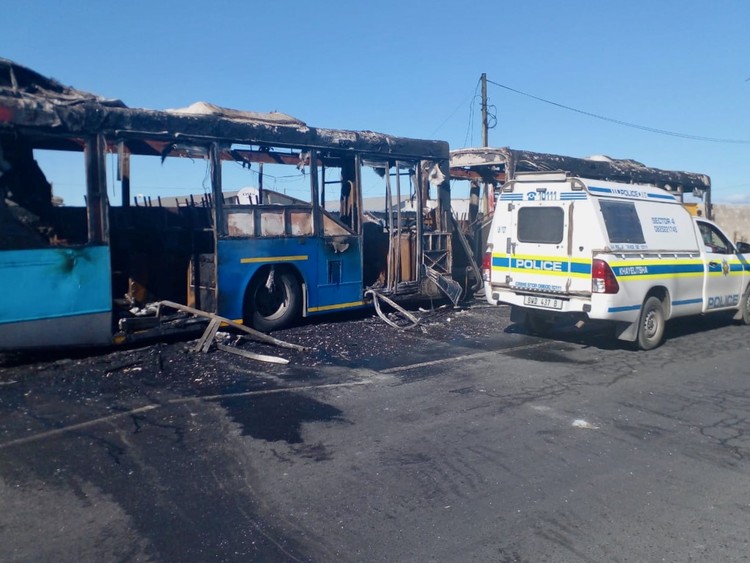 Several violent incidents were reported on the first day of a taxi strike in the Western Cape on Monday. Some matric learners were unable to get to school to write their exams and commuters struggled to get to work.

The stay-away, organised by the South African National Taxi Council (SANTACO), is expected to last two days. SANTACO is demanding an end to the impounding of taxis and a continuation of the Western Cape government’s Blue Dot Taxi project, which aims to incentivise good driving with subsidies.

One Golden Arrow bus and at least one MyCiTi bus were set alight in Khayelitsha on Monday morning. There were several reports of buses and vehicles being stoned.

According to the City of Cape Town, some MyCiTi staff members were held hostage and prevented from operating ticket kiosks. MyCiTi bus routes were also suspended due to “intimidation and threats”, the City said.

Khayelitsha resident Nonkosi Majekula said she was at the bus stop when the MyCiTi bus was set alight. “There was a big explosion. I think they used a petrol bomb. I could not tell who exactly burnt the bus as we were all running like headless chickens,” she said.

Another eyewitness, Sisanda Ludidi, said the Golden Arrow bus was set alight by a group of men. “They came in numbers, forcing people out of their cars. A Golden Arrow bus came. They started by throwing stones at it before one threw a petrol bomb. Then they ran away,” she said.

She said the bus had people inside who were ordered to get out before it was torched.

Police spokesperson Captain Frederick van Wyk told GroundUp that police are investigating a case of malicious damage to property. He said that a bus driver had reported that his bus had been shot at and an unknown passenger injured.

Fake reports also made the rounds on social media. Golden Arrow spokesperson Bronwen Dyke-Beyer told GroundUp that only one Golden Arrow bus had been set alight and that buses were operating at full service, with the help of law enforcement and police. 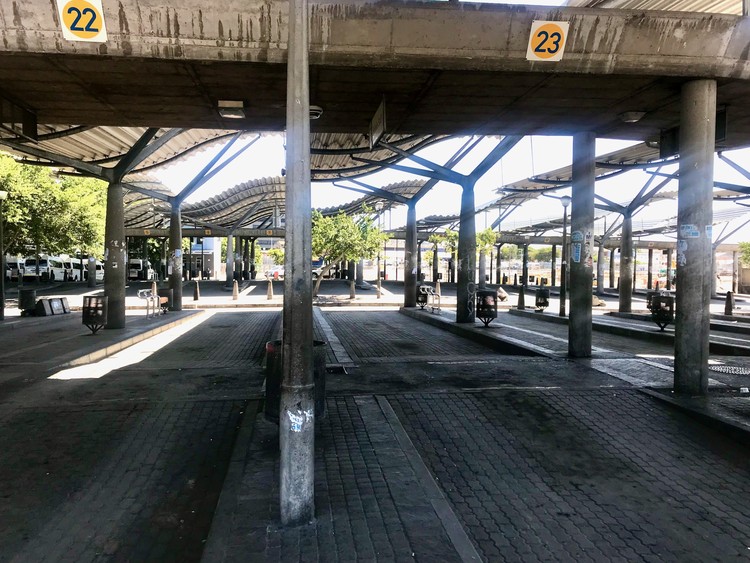 Commuters struggled to find buses to get to the City this morning. One Khayelitsha resident, who works as a cleaner in Rondebosch, said that she had to walk far to get to a bus because her usual bus stop was not operating. She left home at 5:40am and was only able to get on a bus at 7:20am.

Matric learners writing exams were also affected. To assist them, the Western Cape Education Department announced on Sunday that learners would be allowed to write exams at any exam centre close to them.

“Initial indications suggest that there has not been widespread disruption of matric exams today,” said education MEC David Maynier. He said this was “a testament to the preparations our schools and districts have made”.

She told GroundUp that a post on social media informed her she could go to a different exam centre. She usually takes a taxi to school but walked to the exam centre, which took her about 20 minutes.

Another Grade 12 learner from Khayelitsha said it usually takes him 11 minutes to get to school by taxi, but today he had to walk for an hour.

“It was a big inconvenience for me because it is a long walk, I got to school tired. And when walking to and from school I have to go via Site B which is very dangerous. People get robbed and stabbed there.”

Learners attending school and writing exams in Kayamandi, Stellenbosch, who came from surrounding areas, were also affected. Some matrics spent the night with friends or family closer to the school while learners in other grades stayed at home. Several teachers at a high school in Kayamandi did not turn up for work.

GroundUp spoke to two parents who hitch-hiked with their children to get to their primary school 11km away. Some university students in Stellenbosch were left without transport to get home after their exams. Some Uber and Bolt drivers decided not to operate in Stellenbosch as they were afraid of being attacked by taxi drivers.

Bellville taxi rank, which is usually a hub of vibrant activity, was very quiet. Many workers could not make it to work and there were only a few informal traders at the taxi rank. A security guard said that out of a team of 20, only ten people made it to work. The rest of the staff who live in Khayelitsha could not make it.

“It’s bad for our colleagues who won’t work for two days. We operate on a no work no pay basis,” he said.

A manager of a fish and chips shop in Bellville said only nine of his 22 employees came to work and that some of them walked from Delft.

“Business is quiet,” he said. “Without taxis here robbers also take chances so we need to be vigilant. We feel safe when taxis are parked outside.”

Mkuseli Ndlwana, who sells pork chops at the taxi rank in Dunoon, said he had to spend R200 on a private car to go to buy meat. He usually spends R40 on a taxi trip. He sets up his braai stand and lights the fire at 9:30am, but on Monday, the minibus taxi strike made it impossible for him to start before noon. There were fewer customers than normal, he said.

In a statement, COSATU, FEDUSA and SAFTU Western Cape said mass action intended for Tuesday had been postponed in light of the situation and to ensure the safety of members. 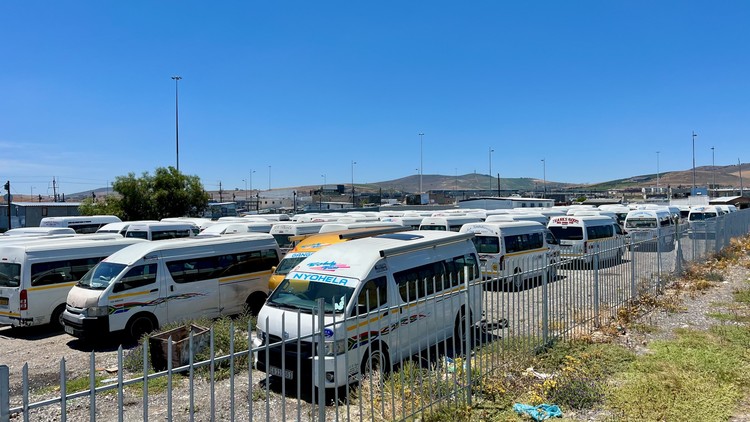 The Dunoon minibus taxi association minibus taxi fleet is seen parked at a holding site in the Winning Way industrial park on Monday at the start of the taxi strike. Photo: Peter Luhanga

SANTACO first deputy chairperson Gershon Geyer told GroundUp that the association did not condone the violence. He denied that the violence was linked to the strike. He said that there were no plans for taxi drivers to march or gather.

In 2021, the Blue Dot project was started by the provincial government to incentivise driving and good service. But it will come to an end on 30 November due to budgetary constraints. The taxi industry wants it to continue.

SANTACO is also unhappy about City bylaws that they say are unfair and about the impounding of vehicles.

The City released a statement this morning condemning the violence and insisting that they are doing everything in their power to help formalise the taxi industry. The City called on the national government to drive this process.

Mayoral Committee Member for Urban Mobility Rob Quintas said the industry “must be supported through funding from the National Government”.

Public Transport Activist Lorenzo Davids said that the taxi strike was predictable because of the provincial government ending the Blue Dot programme.

“One cannot start a programme of this magnitude and then just end it after 18 months because you have run out of budget,” he told GroundUp.