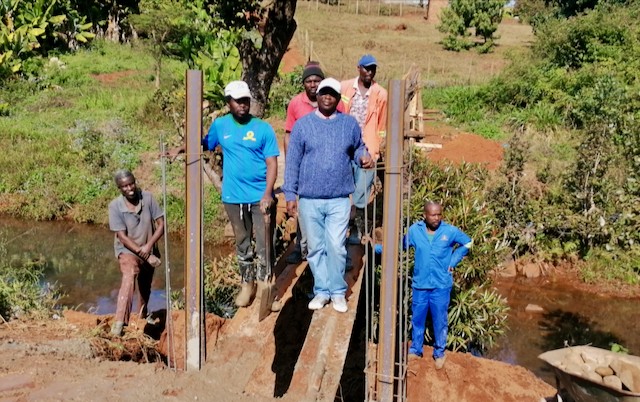 Emanuel Manari (left) and Simon Nevondo stand on the footbridge the community is building across the Mutshindudi River. Photo: Bernard Chiguvare

Villagers in Vondo, Limpopo, have been asking the Thulamela Municipality to build a footbridge across the Mutshindudi River for over 20 years.

The community has now started to build a footbridge themselves, with households each contributing R150. The money will be used to fix the main access gravel road as well. They have raised R135,000 so far, but estimate they need another R70,000.

Located west of Thohoyandou, the village is about five kilometres from the main road, the R523 that connects Thohoyandou to the N1. There is a gravel road between Vondo and the R523 that a handful of taxis ply in the mornings only. In the afternoons, commuters have to walk on the road through this bushy area.

There is an alternative and shorter path from the village to the R523, but that involves crossing the Mutshindudi River, which swells during the February and March rains.

Both routes have their dangers. Sections of the gravel road are treacherous and slippery when it rains, and on the shortcut path there is no safe way to cross the river.

So the villagers decided to fix both as best they could. The community pooled resources and poured concrete at three of the worst sections of the gravel road.

“Some learners from this village attend primary and secondary schools across the river,” said Simon Nevondo, the local chief’s spokesperson.

“It’s very close but trouble comes on rainy days. On such days parents at times have to walk their children to school. They either risk crossing this fast-flowing river or have to walk about 8km [taking the alternative route].”

One of Mashudu Mudau’s children attends John Marubini Primary and another at Denga Tshivhase Secondary. Both need to cross the river. She said it takes her children 15 minutes to get to school, but when it rains it takes an hour on the longer route.

“We no longer trust the municipality as it does not fulfil its promises,” said Mudau.

Nevondo said the municipality had promised in January 2021 that by December they would have a new footbridge. Nothing was done.

The community has in the past made various makeshift bridges using poles and rope, but these have been swept away by the river.

On Saturday, residents were constructing the new footbridge that they hope will withstand the Mutshindudi.

The bridge is much higher than previous ones, and this time they are using steel I-beams, iron rods and concrete. Nobody in the village has expertise with bridges but they are figuring it out for themselves. They think it will take one to two months to complete.

The footbridge will give people quicker access to the road to Thohoyandou with its shops, places of work and health facilities.

“When we realised that we will not get any help from the municipality, as a village we agreed that each household should contribute R150 towards buying construction materials,” said Nevondo.

Vondo village has about 900 households. Most of the villagers are unemployed and rely on social grants.

“We are afraid if we delay constructing the footbridge we will end up losing lives. In 2020, a learner drowned and we cannot fold our arms waiting for the municipality,” said Nevondo.

The municipality had not responded to our questions at the time of publication. 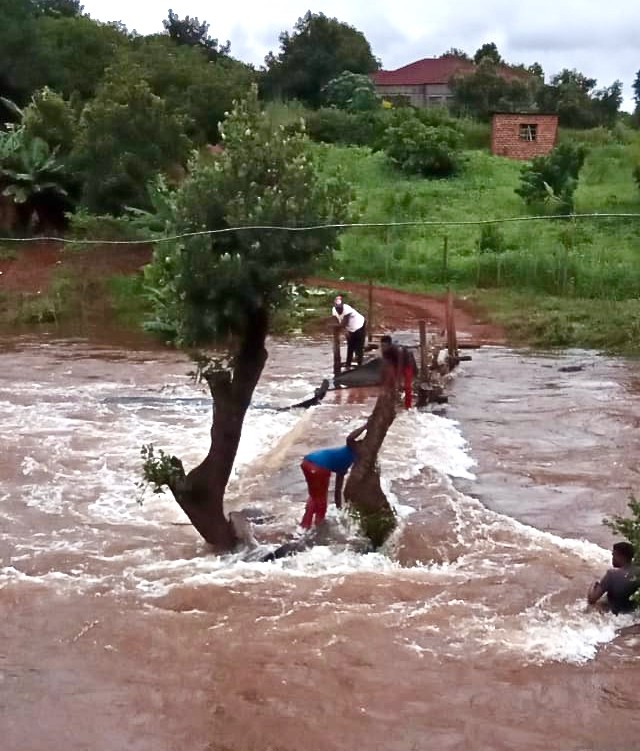