Lessons in state capture from the Broederbond scandal 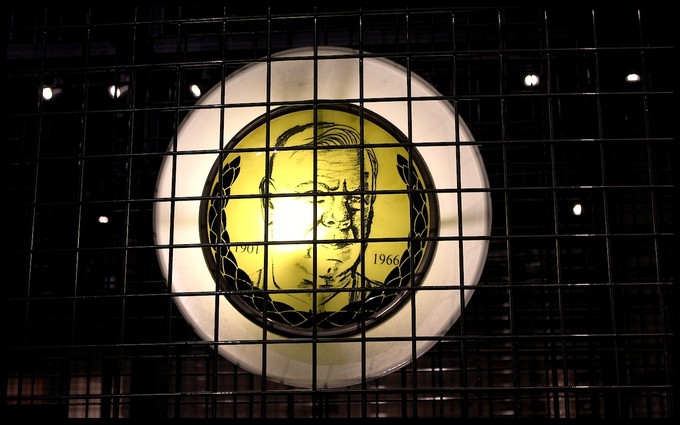 Been there, done that. We, in South Africa, can maintain this with conviction about commissions of inquiry relating to allegations of state capture. More than 50 years ago when a massive scandal erupted about the control the Afrikaner Broederbond (AB) secret society exercised over government, there were demands for a commission of inquiry.

Now, with the alleged capture of the state by the Gupta family, the same demands are being made. And history seems to be repeating itself with the waters being muddied by the inclusion of other, suddenly discovered, cases of apparent high-level manipulation.

We now have the demand that billionaire businessman Johann Rupert and “white capital” be looked into along with the Gupta family’s connections. Half a century ago, the AB inquiry was expanded to investigate the Freemasons and the Sons of England, a tiny pro-English society, to ascertain whether any of them posed a threat to subvert the state.

This followed the exposé by the brilliant investigative reporter Charles Bloomberg that revealed that the secretive AB cabal was making the real decisions about the future of the country; that parliament was merely being used as a rubber stamp. Eventually, Prime Minister Hendrik Verwoerd (AB member 1956) ordered that an extended commission of inquiry be held — and in camera.

This time Gwede Mantashe, secretary general of the ANC, is calling for an investigation by the ANC, within the ANC to “ascertain truth from facts”. Others have called for a more independent assessment, but to this has been added what could probably be called the expanded definition inquiry.

In the Verwoerd days, the inquiry was headed by a supreme court judge, D. H.Botha, who was not an AB member. But, since the evidence leader and the secretary of the commission were both AB members, form could be followed, but the substance predetermined.

It may not happen this time, but it might be instructive to look back to the first full state capture in South African history and one in which big business became arguably the major player.

Unlike the present allegations of attempts to capture existing state machinery, the first state capture, by the AB, came about through the steady infiltration of leading sections of the Afrikaner nationalist establishment. Over nearly 30 years, leading Afrikaner politicians, academics, religious leaders and educationalists were recruited to the AB with the object of eventually seizing control of the state and all aspects of society.

In this there is an echo in the South African Communist Party’s 2007 Medium Term Vision (MTV) that makes it a goal to capture the leading positions in all aspects of society, government included. However, in those earlier years, most AB members felt excluded from what they saw as “English capital”; they saw their constituency as white farmers and the “poor whites” who had drifted into the towns.

Over the years, this changed as Afrikaner capital, heavily represented in the AB, began to emerge and tension began to develop with the traditionalist elements whose prime concern was to ensure that poor whites did not fall to the level of the subjugated black masses. They also insisted that Afrikaner culture and the Afrikaans language should dominate.

This lead, in the wake of the 1976 student uprisings, to another of the AB’s periodic and bitter internal feuds between the verkramptes (literally cramped) and verligte (enlightened or moderniser) wings of Afrikaner nationalism. The former was united by fundamentalist — and racist — ideology; the latter influenced mainly by economic demands.

Once again, there were leaks, this time to journalists Hans Strydom and Ivor Wilkins, who obtained the names of thousands of AB members. It subsequently became obvious that the modernisers, representing emerging big business, wished gradually to dispense with what they perceived of as the unworkable system of traditional apartheid while continuing to control society.

The traditionalists saw this option as suicidal. They remained convinced that they could bend social, economic and material reality to the demands of their ideology. As they saw it, the ideology of racial exclusivity could not be altered by mere circumstance since it was divinely ordained.

A classic example of how such tensions developed came with television, a medium that had fascinated Verwoerd. Television was one of the issues, which, in the 1970s, divided the AB traditionalists from the modernisers. To the extreme traditionalists, television was “a work of the devil”; a view not shared even by a traditionalist such as Prime Minister John Vorster. But pressure was growing within the AB for the introduction of a television service.

However, despite the ideological and moral tub thumping, there was a much more prosaic reason for this growing pressure: a number of powerful AB members had financial stakes in an embryonic television hire company, Teljoy. This company became South Africa’s leading television and VCR rental organisation with significant interests in cellular telephony. Political modernity had again found its justification in the marketplace.

The charade, which then followed, was a classic of its kind. John Vorster appointed an official commission of inquiry into whether and when South Africa should introduce television. The commission was chaired by Broeder 787, Piet Meyer, who was simultaneously head of the national broadcaster, the SABC and of the AB. Eight of the other 11 members of the commission were also AB members while a ninth was a National Party senator. But the 12 commission members merely constituted the public face of the process. As soon as the inquiry was announced, the Broederbond notified its cells and canvassed the opinions that would really matter.

An overwhelming majority of the cabal supported the introduction of television provided “effective control” was exercised to “the advantage of our nation and country”. The chairman of the commission, as chairman of the AB, also assured members that the Broederbond executive would first discuss the report of the commission before it was tabled in parliament. This was duly done and the report went to the cabinet — and parliament approved a South African television service.

These occasional ideological upheavals never disrupted this policy conveyor belt, until the grand designs for a managed transition came unstuck after 1990. It is a history to which we should perhaps pay more attention as current scandals unfold, with the announced attempts to deal with them.

Views expressed are not necessarily those of GroundUp’s.