Debt collectors have been exploiting involuntary and uninformed agreements with debtors 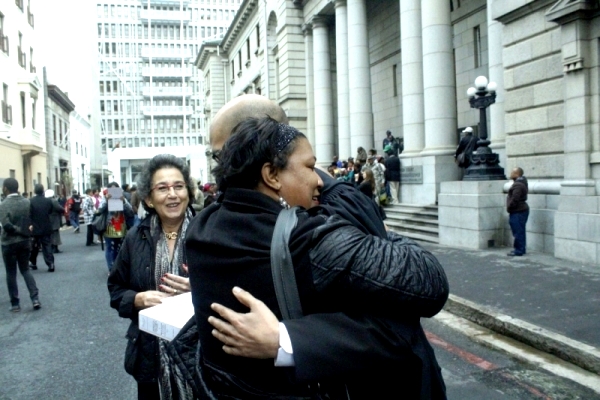 The National Assembly is considering an amendment bill to the Magistrates’ Court Act 32 of 1944 to curb predatory wage garnishment orders. Officially known as emolument attachment orders (EAO’s), these are court orders that require employers to deduct payments from the salary of an employee to service debts.

The proposed legislation would limit wage garnishments to a maximum of 25% of a person’s salary. It would also restrict creditors to only filing EAO orders in the local court where the debtor resides. Creditors will be required to notify employers and debtors of their intent to file an EAO, and will have to provide a free monthly statement of the amount of debt remaining. Employers will be required to end wage garnishments once the debt has been paid off. The bill will also provide for rescinding or abandoning court orders without incurring prohibitive legal costs.

The legislation was developed in response to a July 2015 ruling by the Western Cape High Court that found constitutional problems with the creditors obtaining garnishment orders from far away municipalities, the lack of limits on how much wages can be garnished, and the lack of judicial oversight.

The University of Stellenbosch Legal Aid Clinic brought the class action suit against a series of creditors and Flemix & Associated Incorporated Attorneys, a law firm that specialises in debt collection. Court documents stated that Flemix had over 150,000 active cases and collected on R1.5 billion for 45 credit providers.

Stellenbosch Legal Aid Clinic highlighted how EAOs were used to immediately impoverish people through drastic salary reductions. One of the named plaintiffs, Vusumzi George Xekethwana, had been required to pay half his salary to one EAO. Another plaintiff, Angeline Arrison, was issued three EAOs on the same day, resulting in almost her entire salary being garnished. Legal Aid argued that current law allowed creditors to bankrupt people. The unlimited garnishment of wages makes it impossible to pay off other basic living expenses, often resulting in even more debt defaults.

Additionally, it highlighted problems with the process of issuing these orders. Current law allows courts to issue EAO’s that are “just and equitable” as long as there is an enquiry by a magistrate into the debtor’s financial position. However, in many cases court clerks issued EAOs without evaluating the ability for the debtor to afford the wage garnishment.

The clinic also claimed that debt collectors were using loopholes in current law to get EAOs from far away municipalities, and then leveraging the threat of the wage garnishment to pressure the debtor into paying unaffordable instalments on their debt. This allowed creditors to shop around for municipalities where EAOs were easy to obtain, and where the debtor would not be able to show up and object to the order.

For many of those subjected to the EAOs, this resulted in a vicious cycle of withheld salaries and debt defaults. In his ruling, Judge Desai noted the predatory nature of debt collectors in exploiting involuntary and uninformed agreements with debtors.

The South African Human Rights Commission (SAHRC) submitted a brief as a friend of the court. It viewed the current use of EAO’s as predatory on the marginalised and the disadvantaged. It also pointed out that the unfair garnishment of wages was a major issue for the Marikana community in the run-up to the labour unrest. According to the SAHRC, “mineworkers [at Marikana] were taking home no salary because of EAOs.” The SAHRC urged the court to rule the current EAO process as unconstitutional.

Even before this court case, there were many concerns over the use of EAOs. In 2012, the Banking Association of South Africa and the National Treasury identified several concerns they had with the EAO process. As a result all member banks of BASA (which includes Nedbank, FirstRand, and ABSA among others) decided to end their use of EAOs “to promote responsible lending and prevent households from being caught in a debt spiral.”

Status of the bill

On 20 May 2016, the Portfolio Committee on Trade and Industry heard from the Social Development, Trade & Industry, and Justice departments on the actions they were taking in reforming the EOA system. Judge Desai was present at the hearing and supported the pending reforms described by the department.

The bill was approved by the National Cabinet in February and has been introduced to the National Assembly. It is currently before the Portfolio Committee of Justice and Correctional Services. The committee has not yet set a date to consider the bill, and can only do so once Parliament is back in session after the August municipal elections.