Hundreds need blankets and food as they are cold and hungry 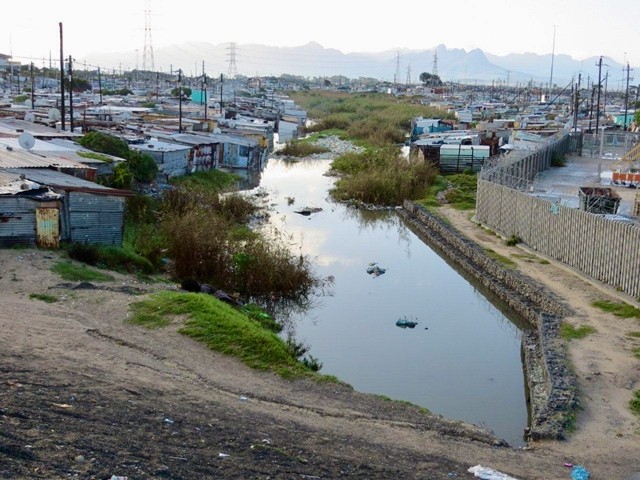 Hundreds of people have abandoned their homes after heavy rains in Cape Town. Dozens of residents of RR section of Khayelitsha have taken refuge in local churches. Community leader Sihla Tongo said the shacks of about 400 people are now underwater after two days of incessant rain.

Tongo and about 12 others slept at Khayalabangcwele Apolostic Church in Zion on Tuesday night. He said many people are staying in less affected shacks in nearby Covid Village “cramped in groups of eight and ten, depending on the size of the shacks”.

Our shacks have become dams, said Tongo. “We had to huddle together on a mattress in one place to avoid leaks. We covered ourselves with three wet blankets that we took out of flooded shacks … I have been wearing the same clothes since Monday.”

Vuyolwethu Siqosho said, “The church is freezing at night, but it’s better than our flooded shacks.”

They borrowed mattresses from people whose shacks had not flooded.

The flood victims want the City of Cape Town to allow them to stay at OR Tambo Hall meanwhile.

“No NGO has come to help us here. When we stay at the hall, NGOs and Good Samaritans will easily meet and help us,” said Tongo.

He said people need blankets and food as they are cold and hungry.

Nomasomi Nxelana said water stands at her shoulder height in her shack and she can’t even get inside.

She blamed a blocked canal and said it had not been cleaned for years. She said if the City of Cape Town had kept it clean, the water would not have flooded her home.

The City asked for more time to respond. The response will be added when received. Residents flooded out of their shacks prepare their bedding at Khayalabangcwele Apolostic Church.