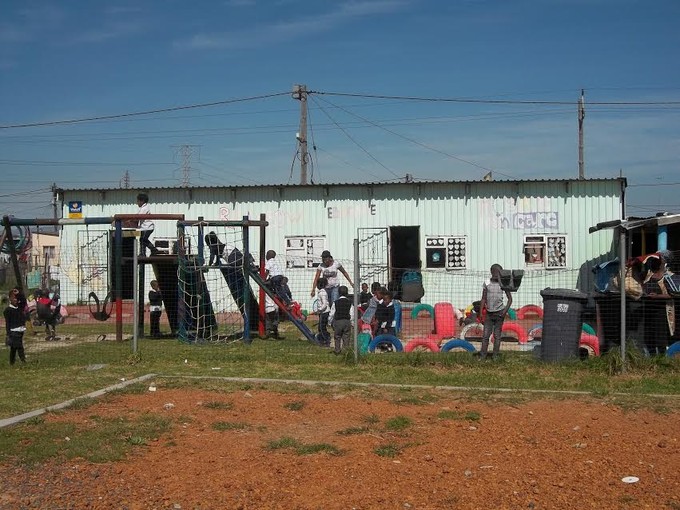 Beauty Mehlomakhulu fears she will have to shut down her Khayelitsha creche because she cannot afford to meet official building standards.

The creche, Rainbow Educare, caters for 105 children in Green Point in Khayelitsha.

“The Children’s Act stipulates that all Educare Centres must be registered with the Department of Social Development,” said the WCED’s Millicent Merton.

Sihle Ngobese, spokesman for the Western Cape MEC for Social Development Albert Fritz, said the department was required by the 2005 Children’s Act to place the safety and best interests of the children first. “In this regard the structure from which Rainbow Educare operates was found to be unsuitable and unsafe for the running of an ECD (Early Childhood Development) centre. Unfortunately the structure, made of wood and corrugated iron, does not meet National Building Regulations.”

“I’m losing a lot of sleep over the threat by the department to stop funding the crèche,” Mehlomakulu said.

“I don’t know where these kids will go. Who will look after them when I close down the crèche?” She said the children’s parents worked or were out all day looking for work.

Mehlomakulu acknowledged that the corrugated iron structure was old and leaky. But, she said, she did not have money to build a brick building.

“The corrugated iron sheets are old, rusty and leaking, so the rain and cold come in on rainy days,” said Mehlomakhulu.

Some of the rooms sometimes got flooded, she said, in spite of her repeated attempts to renovate the building.

Mehlomakhulu said she used some of the money she received from parents to buy second-hand corrugated sheets from roadside vendors in the township to replace rusty and hole-ridden ones.

But, she said, “When the weather is freezing, the kids and educators all catch cold and cough a lot. We are not safe from cold.”

She said the funding she gets from the provincial government was sufficient to support only 55 children.

Volunteer educator Zintombi Ntsham, 22, said she struggled to survive on the stipend she received from the crèche.

She said: “I work from 6 am to 6pm, but I only earn R1,000 a month. The stipend is not enough to feed, clothe my family and meet all my financial needs.”

Ngobese said the department did not fund renovations but only gave a subsidy for the care of the children. He advised Mehlomakulu to contact her nearest Social Development office and ask to be put in touch with an organisation which could help her find funding.