JSC in spotlight for slow adjudication of complaints against two judges

One complaint alleges state capture. The other alleges racism and sexism. 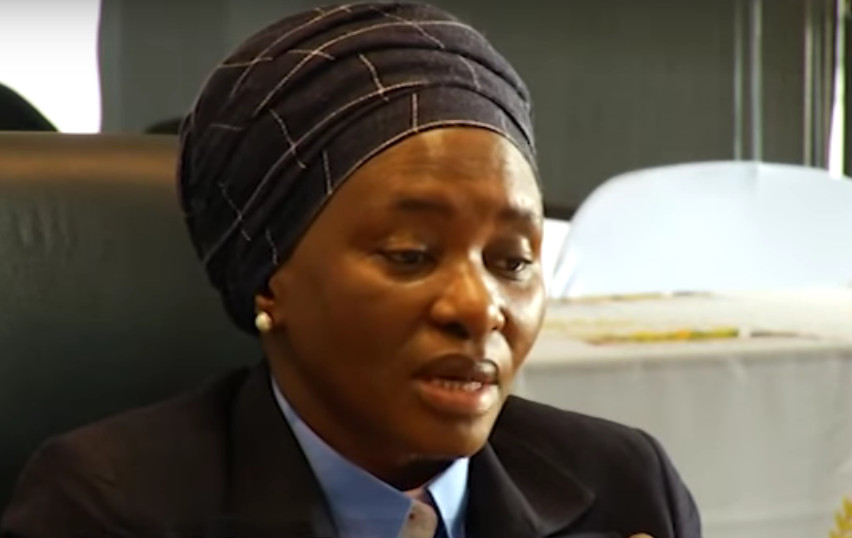 Judge Tintswalo Annah Nana Makhubele has been accused of violating the Judicial Code of Conduct by #UniteBehind. Photo from Judges Matter video

Judge Neil Tuchten wrote: “Judge Makhubele ought not to undertake any judicial duties until she clears her name of the allegations against her.” Judge Tintswalo Annah Nana Makhubele responded by lodging a complaint against him with the Judicial Services Commission (JSC) that alleges racism and sexism. Then commuter activist group #UniteBehind lodged a complaint against Makhubele. Eight months later neither complaint has been adjudicated in a matter that deals with the state capture of commuter rail.

The two complaints raise questions about the JSC’s processes. In particular, why after eight months has the JSC’s Judicial Conduct Committee still not finalised the complaints, and does Makhubele’s complaint even fall under the JSC’s jurisdiction?

Tuchten’s comments were made in a judgment he handed down in November 2018. The Pretoria High Court case was between the Passenger Rail Agency of South Africa (PRASA) and Siyaya Rail Solutions.

First, she had become chair of the PRASA interim board after being appointed in October 2017 as a High Court judge. This is a conflict of interests that was uncovered by commuter activist group #UniteBehind. She later resigned from the board, in March 2018.

“Why did she accept appointment to chair PRASA when she had already been appointed as a judge?” asked Tuchten in the judgment.

Second, court papers stated that Makhubele had disrupted litigation procedures within PRASA by instructing Group Legal Services (GLS), an internal body of the rail agency, to stop its participation in the Siyaya litigation. At issue in the case was a R56-million payment by PRASA to Siyaya, which Tuchten’s judgment interdicted from being paid.

“I am sorry to say that I must say something about the conduct of Judge Makhubele as evidenced by the papers. There are questions which demand answers … Why did she intervene at all in the litigation with Siyaya?” Tuchten wrote in his judgment.

Tuchten wrote that Makhubele had been given at least two opportunities to present her side of the story. “At no stage of the proceedings has Judge Makhubele made an affidavit or otherwise communicated her version in response to the allegations,” he said.

Makhubele responded weeks after Tuchten’s judgment by lodging a complaint against him with the Judicial Conduct Committee. In her complaint, Makhubele said that she had only been made aware of the allegations against her by reading newspapers and social media.

While she believes that she was not given a formal opportunity to respond to the allegations, she wrote: “I will address the merits of the allegations at the appropriate time and relevant forum if called to do so, or in the exercise of any legal remedies that I may have against anyone, including Judge Tuchten.”

Makhubele in her own complaint acknowledged that Tuchten had not “made adverse findings” against her. But added that “the manner in which he phrased the questions, the context and his contempt of me as a judge, it is clear that he believes that I am guilty of the alleged wrongdoings”.

Makhubele claimed that Tuchten had breached multiple provisions in the Code of Judicial Conduct, and implied that his statement about her were racially biased. She wrote: “Why did Judge Tuchten single me out? Is it because I am a woman? A black woman? The others are white males.”

In response to Makhubele’s accusation of racism, Tuchten told the committee: “The suggestion that I want to hurt the complainant because she is a black woman is unfounded. I have never been influenced either in favour of or against anyone because of their race, gender, religion or political beliefs.”

In a subsequent document sent to the committee, Tuchten said: “It is unthinkable that a judge, faced with allegations under oath such as these, would choose to remain silent and continue judicial duties. Instead of answering the allegation against her [Makhubele] has without justification imputed base motives to me. I think she has done so to deflect attention from the serious, unanswered allegations of misconduct against her.”

GroundUp has seen letters — dated 23 April, 1 May, 14 May and 23 May — where Tuchten asks that the complaint against him be dealt with fairly and promptly. He also questioned whether the body had jurisdiction to deal with a complaint of this nature. “I do not think the Committee is empowered by law to enquire into the conduct of judges who express their honest opinion in a judgment.”

Tuchten continued: “If the Committee did so, I believe it would be infringing the separation of powers doctrine. Judges who feared the Committee might discipline them for writing what they honestly believed would not be independent in the fullest sense of the word and might withhold their honest opinions for fear of disciplinary consequences. I believe that my approach to the allegations made against the complainant was the correct one, but if I am wrong it is for the courts to correct me, not the Committee.”

#UniteBehind lodged its complaint against Makhubele with the JSC in January. As GroundUp reported in July, there appears to have been no progress processing it.

Responding to questions last week, Sello Chiloane, secretary of the JSC, confirmed that the complaint by Makhubele against Tuchten had still not been resolved, eight months after it was lodged.

Chiloane attributed the delays in the finalisation of complaints to the compliance procedures followed by the committee when looking into serious complaints. “The fact that the complaint has not been dismissed is an indication of the seriousness of the complaint,” he said.

Chiloane said that when dealing with a complaint that was either impeachable or was deemed serious but not impeachable, the committee first needed to consider responses from those involved. It will then hold a formal hearing into the matter.

“The complaint is still under consideration and the Committee should be afforded an opportunity to deal with it. Once it has been decided, the Committee will notify the parties,” he said.

“Complaints against judges are dealt with by the Judicial Conduct Committee established in terms of the JSC Act. If the Committee finds that a complaint is impeachable, it would recommend to the JSC to request the Chief Justice to appoint a Judicial Conduct Tribunal. It is only when dealing with impeachable complaints that the JSC will be involved,” he said.

Chiloane added that the process of appointing new members for the committee was underway.

But Alison Tilley of Judges Matter believes the complaints process used by the JSC “is broken” and that it was not dealing properly with matters brought to its attention.

“There are also complaints which we don’t hear about, which the JSC deals with, without reporting them to Parliament. The JSC is required to report to Parliament and is not doing so,” she said.

She noted that section 4 of the JSC legislation states that any complaint against a judge may be lodged for “any wilful or grossly negligent conduct … that is incompatible with or unbecoming the holding of judicial office, including any conduct that is prejudicial to the independence, impartiality, dignity, accessibility, efficiency or effectiveness of the courts”.

But, Tilley then said, “Although the issue has not yet been considered by the courts, to subject the substance of a judicial decision to the judicial conduct process must surely be contrary to judicial independence, as recognised constitutionally and internationally.”