An informal settlement has grown near Lansdowne station. People in houses nearby want it moved; people in the settlement say they have nowhere to go 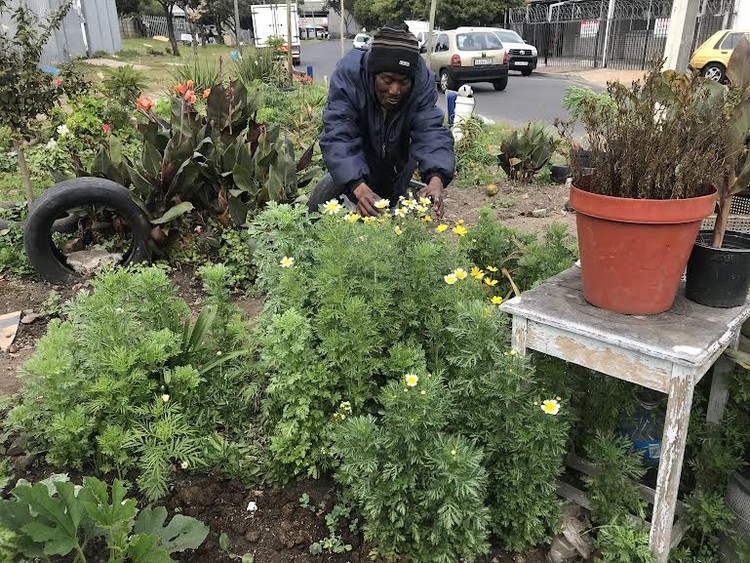 It was raining on Friday last week when GroundUp arrived at the informal settlement near Lansdowne train station, where about 30 people live. Ryno Joulies was working in the garden and his wet blankets hung on the line. Three women were warming themselves at the fire in front of their shacks. Other residents were still sleeping and some had left for their day to day activities.

“If I get a job I will treat it like a piece of gold,” said Joulies. “We are suffering here. Our stuff and blankets are wet. The plastic sheets are old and have little holes. Rain water is flowing on the ground and underneath the blankets are wet. You sleep on this side and it gets wet, you turn onto the other side and it gets wet, you lie on your back and that gets wet also,” he said.

Joulies, 40, started a small garden in 2014 on the railway reserve of the Passenger Rail Agency of South Africa (PRASA) after he lost his job at a car dealership in Wetton. Three other men from the informal settlement work in the garden with him to earn a living.

But PRASA doesn’t want the garden on the railway reserve. And the people who live in the houses nearby don’t want the informal settlement there at all.

In the garden the four men grow herbs such as aloe, elephant ear and koorsbos, and crops like sweet potatoes and maize. Joulies said they make a living from selling flowers and herbs. He makes about R500 a week after paying his helpers and with that money he buys himself maize meal, meat bones, chicken skin and heads. He sends R300 to his girlfriend and mother who care for his three children and elderly father in Namaqualand.

Sometimes good Samaritans bring warm food but sometimes, he says, the people in the settlement go to bed on empty stomachs.

People living on the northern side of the station opposite the settlement want it cleared. They say the people living there make a noise, mess in the subway and rob commuters.

Resident Stephan Swanson said the shops and property owners are losing business. “The settlement sprung up from nothing and there was no enforcement to enforce by laws. Values of our property have gone down.”

Swanson said residents and security guards had demolished a small building which had become a drug den. 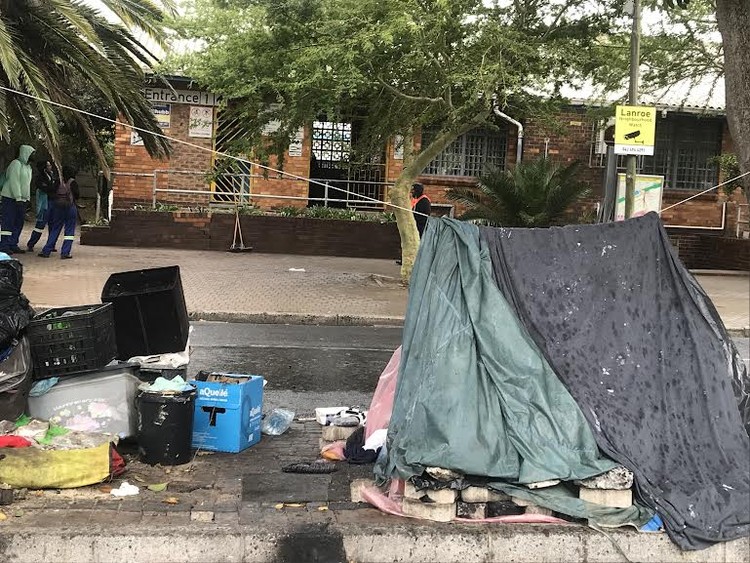 The informal settlement has grown up near Lansdowne station.

Tracy Schouw of Shaza Security, which operates in Lansdowne, said residents were entitled to a clean and safe environment. “We pay rates and taxes, the government should do their part. Where is the law enforcement? Just being visible will sort out the problem without talking to anybody. There should be regular patrols to ensure the bylaws are enforced,” she said.

City of Cape Town Law Enforcement’s Wayne Dyason said it was the responsibility of landowner to deal with illegal occupation on their property. “The City’s Streets and Public Places By-law applies to public spaces only and Law Enforcement is thus not mandated to act on any land that is not the property of the City of Cape Town.”

“However, our Law Enforcement Department conducts regular interventions in the area, in line with the provisions of the relevant City bylaws. The South African Police Service is the primary agency responsible for crime prevention,” he said.

Responding to follow-up questions, the City said, “The two-year national state of disaster and related economic impact has led to unmatched levels of homelessness in the city with many people sleeping in public places, including sidewalks, parks, road reserves, and under bridges. Given this situation, only a unique and unprecedented response will help people off the streets in Cape Town and ensure that public places are available for wider public use.”

Metrorail spokesperson Nana Zenani said the rail reserve was necessary to access tracks for maintenance and for security patrols. “It is also there as a buffer, keeping people off live rail tracks with high voltage electricity. It is illegal to do anything else on the land. No permission was sought from PRASA to establish the garden,” she said.

Joulies denied accusations that the residents of the settlement make noise, mess the subway or rob commuters. He said people in the informal settlement use a plastic bucket to relieve themselves and empty it in the drain close to where he sleeps. He said the people who messed in the subways came from somewhere else.

“We also get surprised when we wake up the following day and see the station filthy. I have tried to explain to the residents that it is not us but they don’t believe me,” he said.

He said Law Enforcement officials have told them to go to the shelter, to go home or to go out to look for work. “But it’s not easy to go and look for a job without an ID. I lost my ID in 2018 when Law Enforcement raided us. If they remove me from here I will lose my source of income and my family will suffer,” he said.

“At the shelter you leave around 6am and must be back by 5pm. It’s like being in a prison. I have been in a shelter for two days; after that I said no. That’s why I sell my flowers to feed my three children with the little I make here.” 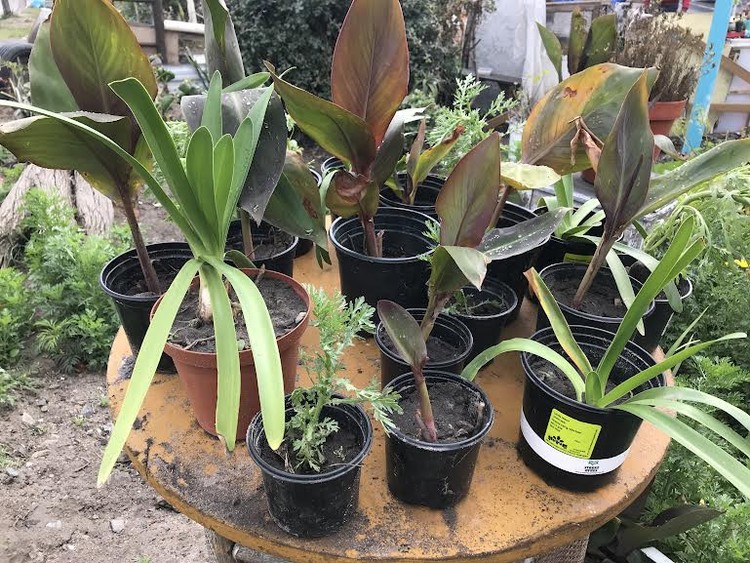 Ryno Joulies and his co-workers sell plants in pots.