City says the move allows access to emergency vehicles, but traders say their spots have simply been taken over by locals 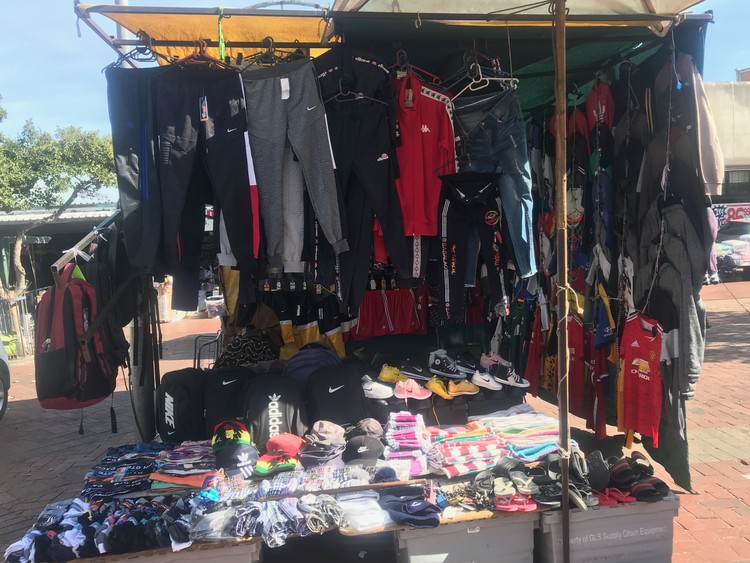 Informal traders are to be moved from Freedom Square in Bellville, Cape Town. The City of Cape Town says the move is necessary to make room for pedestrians. Photo: Tariro Washinyira

Legal representatives of immigrant traders have asked the City of Cape Town to explain why 64 traders are being moved from Parow Arcade.

The University of Cape Town (UCT) Refugee Rights Unit, which is representing two of the traders being moved from Parow Arcade, said the nearby site to which they have been moved was prone to crime. An attorney at the Unit, Niall Marinus, said the City had not given reasons for the move.

In a letter dated 1 March to the City’s legal advisor, the Unit said during an inspection of Parow Arcade in February with the Somali Association of South Africa (SASA), they had found South African vendors trading from the same bays as the immigrant traders who had been moved. “From our inspection it is apparent that there are vendors trading in exactly the same locations as our clients after the configuration of the Parow Arcade, which is inconsistent with the claim that our clients’ bays were a fire hazard.”

But Mayco Member for Urban Management Grant Twigg said the trading bays had been restructured to make the area accessible by ambulance, fire truck or any other essential services in the case of an emergency. Sixty-four traders had to be relocated, he said.

Acting National Director of SASA Abdikadir Mohamed last week said the removal at Parow Arcade had been carried out without proper public participation.

“The majority of the foreign traders who lost their trading bays are single women who don’t have any other source of income.”

Twigg said there had been “a fair participation process in which the City involved the Parow informal trading community as a whole” with respect to the Parow Arcade move.

“We therefore strongly disagree with the allegation that the decision to relocate traders was arbitrary and or discriminatory.”

Twigg said it was unfortunate that the Parow Arcade traders saw their new site as dangerous. “In an attempt to mitigate the crime in the area, the City has appointed security guards who patrol the area.”

Mohamed said the City also wanted to remove 24 traders from Freedom Square in Bellville, “to construct a road for Shoprite delivery trucks while destroying livelihoods for vulnerable people who have been trading there for more than 20 years”.

The City had handed a notice to informal traders in Freedom Square in languages they did not understand and without interpretation assistance, said Mohamed.

Dahir Nuur Ali, one of the traders at Freedom Square who is likely to be removed, said he had been trading there since 1997. “I feed my children from this business. I am very afraid of what is going to happen to my family.”

Musse Mohamed Omar has been trading in the area since 2001. “The people here do not have other means of survival. This is our daily life and if they take it away from us we will be left with nothing but suffering,” he said.

Doctor Vanya Gastrow, Research Associate Centre for Law and Society, University of Cape Town, said that immigrant traders had played a key role in the economic development of Bellville. “Many Somali immigrants who arrived in Bellville in the late 1990s described the area around the station as having been deserted and that their businesses reinvigorated the area.”

On the Freedom Square move, Twigg said the aim was to reduce the conflict between informal traders and other users of the public space. “Freedom Square is a busy pedestrian route. Pedestrians walk in the road due to the obstruction caused by trading. This is exacerbated during peak times and seasons when the number of pedestrians increases.”