Wires swing like washing lines from the bungalows to the shacks 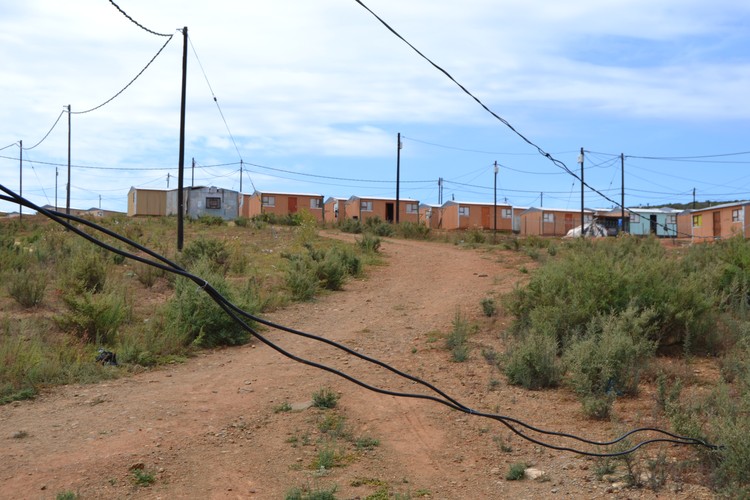 Illegal connections have been made from the bungalows in Area 11, Gunguluza in Kariega to the neighbouring shacks. The shack dwellers say they have been living without electricity for almost four years. Photos: Thamsanqa Mbovane

Long black wires hang like washing lines from poles and on the busy footpath across an empty field between the bungalows of Gunguluza in Kariega and the neighbouring informal settlement which is home to about 2,000 shack dwellers.

The fully serviced bungalows were put up by the Nelson Mandela Bay Municipality in 2020 to house vulnerable groups including elderly and disabled people during the Covid pandemic.

Elderly people and people with disabilities living in the bungalows say they are too scared to stop them.

Residents, who asked not to be named in fear of being targeted, say they worry about their safety and the safety of learners who regularly use the footpath.

Another resident who moved into a bungalow this year says her 21-year-old daughter is disabled and confined to a bed.

“We asked municipal officials from the electricity directorate to handle this, because we don’t want these people to kick in our doors at night when we disconnect them from our poles,” she says. 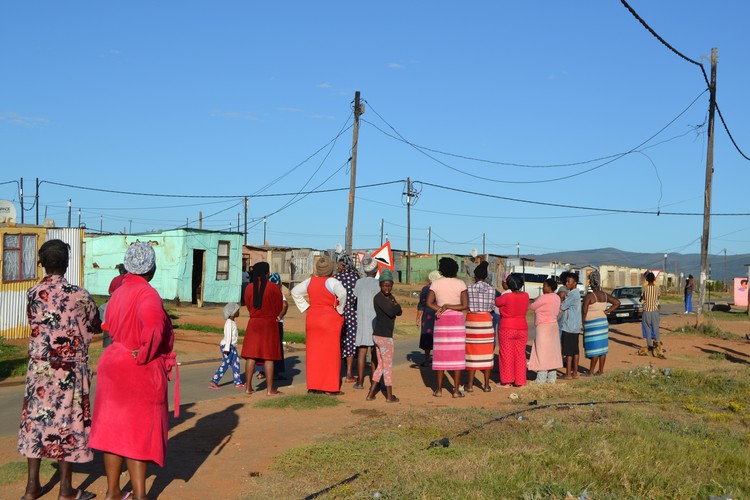 People gather in the street in Area 11 on 23 November after a small transformer exploded and a pole caught alight.

The chair of the development committee, Siyabonga Stemele, told GroundUp that the municipality had failed to explain to shack dwellers, who have been waiting for years, when they will get electricity.

“All shack dwellers in Area 11 have no electricity, while bungalows are connected. The municipality is busy putting electricity poles in certain sections of Gunguluza, telling us they are busy drawing up a new map. This is the reason people have decided to steal electricity from the elderly citizens and disabled people,” he said.

Questions sent to the Nelson Mandela Bay Municipality last week had not been answered by the time of publication.

But in a statement this week, Mayco member for electricity and energy, Lance Grootboom said 23,000 people in the metro had responded to an invitation to declare tampering with their meters in order to have fees waived. The municipality is now giving customers a second chance to apply for the fees waiver, until January 2023.