Xhosa community wins right to land, but settler descendants will not lose everything 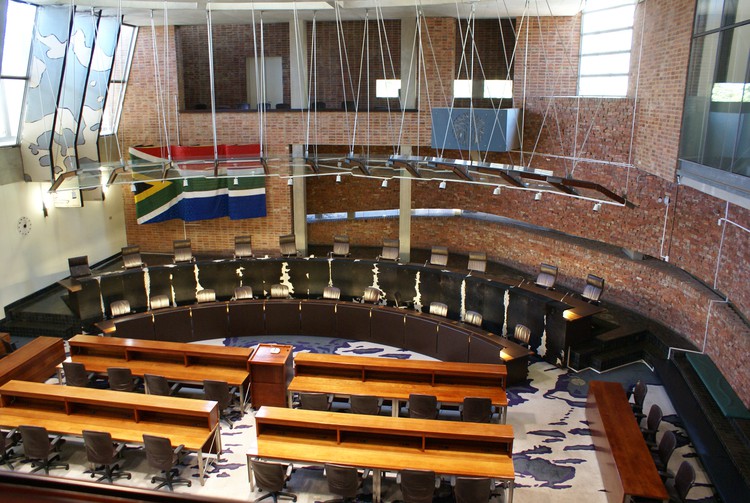 The Constitutional Court had to weigh up the evidence for contested views of history in this week’s important land claim judgment. Photo: Ciaran Ryan

Disputes over history are hard for courts to decide but that’s exactly what the Constitutional Court had to do in a battle over land in the Eastern Cape. This week the Court handed down a unanimous judgment that recognised the rights of both an indigenous community and a group of settler descendants. Critically, the decision recognised that oral history passed down among the ama-Xhosa people is an important form of evidence.

The Salem Commonage spans about 66 square kilometres. The Salem Community – about 152 people – claim to be the descendants of the original amaXhosa community that lived on the Commonage dating back to before 1780.

The community alleges that their ancestors held traditional rights over the Commonage until European settlers arrived. The area was contested between the indigenous people living on the land and the Dutch and British colonists. From 1780 to 1807, three separate wars were fought, ultimately leaving the area under British rule. In 1811, a war led to isiXhosa speaking people being violently removed from the Zuurveld, their villages burnt and many people killed.

Over the next few decades, British settlers arrived and began farming the area. Some of the original community became employed by the British on the very land they had previously lived on while others – according to oral history and some inconsistent written records – lived on the Commonage, in huts and grazed their cattle. They even paid a “hut tax” according to one of the historians. This meant that over time the community ought to have built up legal rights to the property - like labour tenancy rights - separate to the traditional ones they held before the land was colonised.

In 1913, the Natives Land Act came into force. It prohibited black people from owning land outside of demarcated “native areas”. Slowly but surely, various laws and regulations were passed to make living on the Commonage more and more difficult for black people. In 1940, the Commonage was disestablished and subdivided among the “Salem Party of Settlers” which consisted only of the descendants of European settlers. It appears that none of the land was given to the original amaXhosa community members or their descendants. The community contends that it was the 1940 sub-division that led them to lose their possession of the land.

The case actually began in December 1998 when the community lodged a land claim over the Commonage. Over ten years later, the claim was referred to the Land Claims Court. The current landowners – one of which is a recreational club, the Salem Party Club, that owns sporting facilities – opposed the community’s claim.

The Land Claims Court agreed with the community and found that it had a valid land claim. The landowners then appealed to the Supreme Court of Appeal (SCA). The SCA was split on the case. Much of this disagreement between the judges rested on what weight ought to be attached to the different evidence provided. The majority again found with the community. The landowners once again appealed the decision, which brought the case to the Constitutional Court.

In order for a land claim to be successful, the community needed to show five things: 1) that it is actually a community, 2) that it held a right to the land, 3) it was dispossessed of the land, 4) this dispossession was a result of racially discriminatory laws or practices, and 5) the dispossession took place after 19 June 1913, the day the Natives Land Act came into force.

The answer to this question required the Constitutional Court to decide on the value of the evidence, a major point of disagreement at the SCA.

The Value of Oral History

Two of the country’s leading historians presented opposite views in the case. On the side of the community was the late Professor Martin Legassick, a lifelong socialist and Trotskyist well-known to many local activists, and expelled from the ANC in the 1980s for his opposition to some of the organisation’s policies. On the side of the landowners was Professor Hermann Giliomee, a liberal who opposed apartheid but who has been highly critical of the post-1994 government. Both have written highly regarded texts on South African history.

Much of the community’s claim was based on oral history that was passed down from their ancestors. In contrast, the landowners brought written records and archives – as well as oral testimony from people who lived on the Commonage in 1941 – that contradicted these oral histories. As Legassick put it, history is recorded to “relegate the dominated to the shadowy status of people without a history”. The lack of written history concerning the Salem Community and their lives stemmed from the fact that it was the Dutch and British settlers who kept the records. The court had to then consider how to deal with oral history that was key evidence in the case but also based on recollections of events that happened over 150 years ago.

Justice Edwin Cameron, who wrote the judgment, noted that under the Restitution of Land Act, a court may admit any relevant evidence – even if, ordinarily – it would not be admissible in another court. This deliberately lowers the threshold for the kind of evidence that can be used in proving a land claim. Cameron wrote: “[T]he Restitution Act is not a victor’s charter, intent … on depriving those who have of what they have.” Instead, it is an effort to balance restoring the dignity and rights of dispossessed people, while recognising the rights of the people who presently possess the land.

However, in addition to the oral history, there was a report from 1941 written by the Grahamstown Native Commissioner. This report records that the “Native” population of 500 lived on the Commonage at the time and only 50 of them were servants. The report was significant because it not only confirmed the existence of the community but also because it aligned – rather than conflicted – with other recorded evidence of the time, except for oral evidence presented by two siblings who grew up on the Commonage before it was disestablished. The siblings said that they had seen no black people living on the Commonage except for servants.

Cameron found that the siblings must have been mistaken which may have been the result of an upbringing that “foregrounded the virtues and visibility of white people to the exclusion – the disappearance, the evaporation, the virtual non-existence – of all others.”

The Validity of the Land Claim

Having established that a large population of black people lived on the Commonage in 1940, the court had to then decide whether they constituted a community. Cameron highlighted that the Restitution of Land Act sets a low threshold for this requirement. Given the number of people living on the land and the length of their residence, it would be an obvious inference that, at the very least, a black community lived on the Commonage between 1878 and 1941.

Gilomee’s view was that the community’s use of the land was only as labourers and labourer tenants, not as a fully fledged community living on the Commonage. However, the Court found that Giliomee’s assertions that the community could not have developed rights to be a normative conclusion rather than a factual finding.

The Court recognised that the landowners did have some rights over the land stemming from proclamations made by Governor D’Urban in 1836 and Governor Pottinger in 1847. However, the Court also stressed that traditional and unregistered land rights could exist in addition to the formal land rights given by these proclamations. The community lived on the Commonage and used the land in accordance with their customary law. So the Court found that even if the settlers held an “immaculate title” to the land (which they did not), the community would have still developed its own rights given its use of the land and self-regulation of this use. The Court found that the community did have rights over the land including rights to reside and use the land for agriculture and traditional practices.

The Court then had to decide what should happen to both the community and landowners. Both the Land Claims Court and the SCA had made an order declaring that there was a valid land claim. The scope of the order implied that the community was then entitled to the entirety of the Commonage.