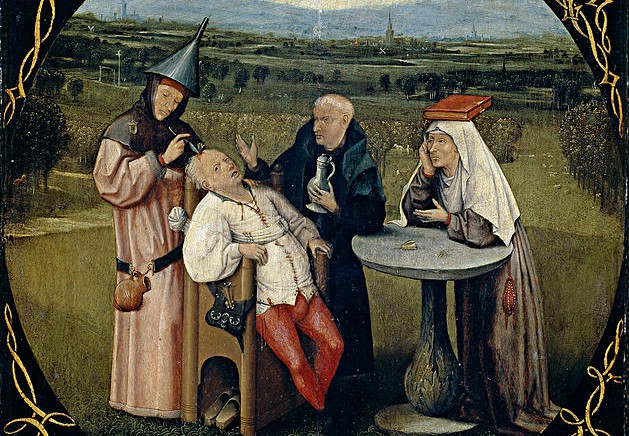 Herbex, an alternative health supplement company that attempted to stop the Advertising Standards Authority (ASA) ruling on its adverts, has released a press statement with several misleading claims. Herbex’s statement is at the bottom of this article.

About four years ago the ASA ruled against Herbex adverts that claimed that Appetite Control Tablets, Booster Eat Less and Attack the Fat Syrup reduced weight. Herbex estimated losses of several million rand over a three-month period because it could not advertise products the ASA had ruled against. The consumer activist who lodged the complaint, Harris Steinman, described Herbex’s products as not having “a snowball’s chance of working”.

The Supreme Court of Appeal (SCA) made an order last week that was the product of negotiations between Herbex and the ASA. The order, with some minor caveats, restored the ASA’s powers that had been temporarily stripped by an interim High Court ruling of May last year. This was explained in a previous GroundUp article.

The order says that the ASA can rule on any advert, irrespective of whether the advertiser or publisher are ASA members. Their rulings, however, are only enforceable against members, but this is not new since the ASA’s decisions can, under the law, only bind its members. However since most of the country’s large publications abide by ASA decisions, if an advert by a non-member is found to be in breach of the code, that advert will usually be stopped from appearing in the mainstream press.

Herbex states that it is vindicated by the SCA settlement. While that’s a matter of opinion, the following is a matter of fact:

1. Herbex claims that the ASA masquerades as an organ of the state.

The ASA’s website has always stated that it is an independent body created by the marketing communications industry. Similarly, correspondence from the ASA does not contain any representations that the ASA is an organ of state or that it is empowered to regulate advertising through any law (with one narrow exception: electronic broadcasting, that isn’t relevant here). However, both the SCA and High Court orders required the ASA to amend their complaint letters to clarify that their processes are voluntary.

GroundUp has viewed the letter that Herbex claimed misrepresented the ASA’s status. There is no claim by the ASA that it is a government agency or that it is exercising some power of state in adjudicating its complaints. The only ambiguous statement in the ASA’s correspondence is that “rulings must be adhered to until reversed”. As part of the settlement, the ASA has agreed to include wording that explicitly states that their rulings are not binding on non-members.

Herbex also says the ASA claimed to have received authority from the Medicines Control Council (MCC) to regulate advertising about medicines. While the High Court did find that there was a misrepresentation by the ASA on whether it was empowered by the MCC, these claims by the ASA were removed from the Advertising Code before the case was heard. The court actually found the ASA “misrepresentation” to be irrelevant to Herbex’s case. As a result, this was not part of the High Court or SCA orders.

2. Herbex’s statement leaves readers with the impression that the ASA cannot make rulings against it and that the ASA has no jurisdiction over any advertisements unless the advertiser and publisher are members.

This inaccuracy is, in part, due to Herbex omitting a key paragraph of the court order from its statement. The omitted paragraph makes it clear that the ASA is able to adjudicate and make rulings on any complaint, irrespective of whether the publisher or advertiser are members. However, these rulings are only binding on members. This has always been the case, and something that the ASA agreed even before the High Court decision.

3. Herbex’s statement claims that the ASA only appealed the High Court ruling because it was overly broad.

In fact the High Court ruling left the ASA powerless and unable to adjudicate any complaints unless both the publisher and advertiser were both members of the ASA. So if Herbex hypothetically advertised in the Sunday Times, the ASA would not be able to make a ruling on the advert, following the High Court decision, even though the Sunday Times abides by ASA rulings. This was an absurd situation (and in our view the High Court should have done better). The ASA’s appeal to the SCA was aimed at restoring the powers it held before the High Court decision so that the ASA could continue to ensure that consumers were not being subjected to false and misleading advertisements, at least in the mainstream media. The ASA’s appeal succeeded in that the settlement says the ASA can make rulings on any advert, though, as has always been the case, the rulings are only binding on members.

4. Herbex claims that the SCA held that it was substantially successful in the appeal proceedings.

The SCA, as explained in GroundUp’s article, stated that both parties had “achieved a measure of success”. This is the reason why each party was ordered to cover its own costs with no adverse cost order against the ASA.

Notably, the SCA order overturned the interdict that prevented the ASA from making rulings on complaints involving Herbex as well as allowing the ASA to place adverse rulings against any advertiser or publisher on its website. The ASA’s adverse rulings against Herbex are on its website. They are enforceable, in that ASA members will not be able to run these Herbex adverts.

CORRECTION: On 14 October, the third paragraph was amended. The words temporarily and interim were added.

HERBEX VINDICATED BY THE SUPREME COURT OF APPEAL

1. In 2014 Herbex, represented by Mr Shoot of Fluxmans Inc Attorneys, instituted proceedings in the High Court of South Africa, Johannesburg against the Advertising Standards Authority (“the ASA”), a non-profit company masquerading as an organ of state and which had falsely claimed to be a statutory regulator purportedly mandated by the Medicines Control Council (“MCC”) to regulate amongst other things, medicine, complementary medicine and foodstuff advertising.

2. Herbex was successful in the High Court application and in May 2016, the High Court in its Judgment, essentially found that the ASA had misleadingly, claimed to have received authority from the MCC to regulate medicine advertising. The High Court further made an Order essentially:

2.1 declaring that the ASA has no jurisdiction over any person or entity who is not a member of the ASA and that the ASA may not in the absence of a submission to its jurisdiction require non-members to participate in its processes, issue any instruction, order or ruling against the non-member or sanction it ;

2.2 directing the ASA to include in its standard letters of complaint to non-members a reference to the fact that in the absence of a submission to its jurisdiction, it, the ASA, has no jurisdiction to adjudicate the complaint and that such non-member is not bound to participate in the ASA processes ;

2.3 ordering the ASA to pay Herbex’s costs of the High Court litigation, including the costs of two Counsel.

3. The ASA appealed the High Court Order essentially on the basis that it was overly broad. The Supreme Court of Appeal delivered its Judgment on 29 September 2017. As appears therefrom the parties agreed on an Order (save in regard to the issue of costs) to be made by the SCA essentially [emphasis added] :

3.1 declaring that the ASA has no jurisdiction over any person or entity who is not a member of the ASA and that the ASA may not, in the absence of a submission to its jurisdiction, require non-members to participate in its processes, issue any instruction, order or ruling against the non-member or sanction it;

3.2 the ASA was directed to include in its standard letter of complaint inter alia the aforesaid and that a non-member is not obliged to participate in any ASA process.

4. The only outstanding issue in the appeal before the SCA was the question of costs. The SCA vindicated Herbex by expressly finding that “The court a quo (High Court JHB) was undoubtedly correct in holding that in the absence of a submission to its jurisdiction the ASA has no jurisdiction over non-members and could not require them to participate in its processes. The respondent (Herbex) was substantially successful and consequently, there is no basis to interfere with the court a quo directing the ASA to pay the costs of that application, which include the costs of two Counsel.” Each party was directed to pay their own costs in regard to the appeal.

5. In addition, it is relevant to note that the Department of Health previously confirmed: “The MCC (The Medicines Control Council) does not have a formal relationship with the ASA. The statement that the ASA is managing the Marketing Code on behalf of the MCC is therefore incorrect”.

6. Herbex is relieved that the ASA finally conceded that it has no jurisdiction over any person or entity who is not a member of the ASA, that its private rulings which it issues to its members (the ASA incidentally only has 9 members) are not binding on non-members and the ASA may not: (i) require non-members to participate in its processes; (ii) issue any instruction; (iii) order; or (iv) ruling against non-members; or (v) sanction non-members. Herbex is also delighted that the ASA has been directed to amend its standard letters of complaint to non-member advertisers to advise them of the aforesaid. This will prevent non-member advertisers being misled by the ASA in the future. Indeed, as appears from the SCA Judgment, “ … non-members such as Herbex are legally entitled to ignore the rulings and procedures of the ASA” and such “Rulings are not legally enforceable against non-members.”

7. Hopefully this will bring an end to the ASA’s until now, unlawful assertion of jurisdiction, issuing of instructions, orders, rulings and sanctions against non-members.