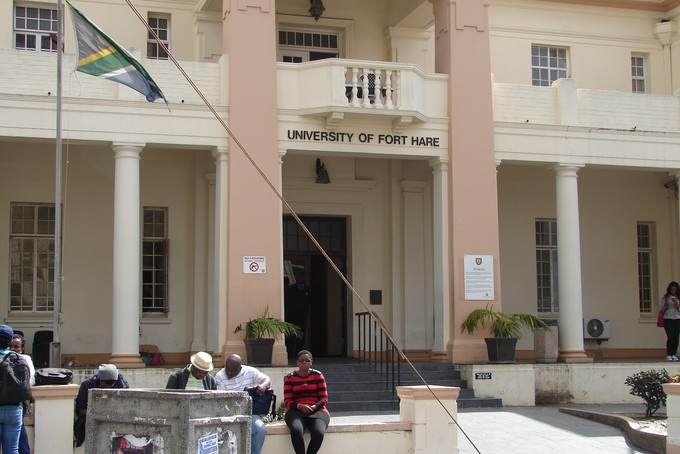 There is a student stayaway at Fort Hare University. Photo: Abongile Ndevu

While many universities have seen large protests following the announcement by Minister of Higher Education and Training Blade Nzimande last week, studies at all Walter Sisulu University (WSU) campuses are proceeding normally.

The Student Representatives’ Council (SRC) held a mass meeting on Thursday to discuss Nzimande’s plan. They reached a decision not to protest as they need to catch up with their studies. In August WSU students clashed with police in their protests against a fee increment.

SRC chairperson Vuyo Pakana said they were not fully satisfied with Nzimande’s plan but they are not going to protest as they have to catch up on their studies. “We want to finish our diplomas as some of us are graduating next year,” he said.

Another SRC member Amos Busakwe said they have agreed with the students in the mass meeting that they will wait for the university council to meet at the end of this month, where a decision will be taken on fees.

“We are anticipating that when the University Council meets it will come back with a decision that favours the students,” he said.

Busakwe said they are not affected by Nzimande’s plan to let those who are rich pay for their tuition fees because WSU caters for students from disadvantaged families.

Meanwhile, Fort Hare University students in East London are continuing with a stayaway which started two weeks ago. SRC member Sonwabise Mamnkeli explained the reason for the stayaway at a mass meeting held at the university on Thursday.

“We don’t want any fee increment. The government must provide whatever it needs to provide because the time for free education must come. We want zero fees for all students.”

“Many of us have been struggling for years to pay for our tuition fees. Enough is enough,” he said.

The students have committed to staying away until management agrees to no fees for all students.

On Fort Hare’s Alice Campus, SRC member Thandikhaya Mathokazi said: “Zero fee increment is our mandate. But we have other pressing issues in our campus like security. We want the University to take us seriously,” he said. At this campus, students have vowed to stay away from classes until the current security company has been changed. (See Fort Hare students burn campus equipment building for further details.)