Feud over electricity in East London 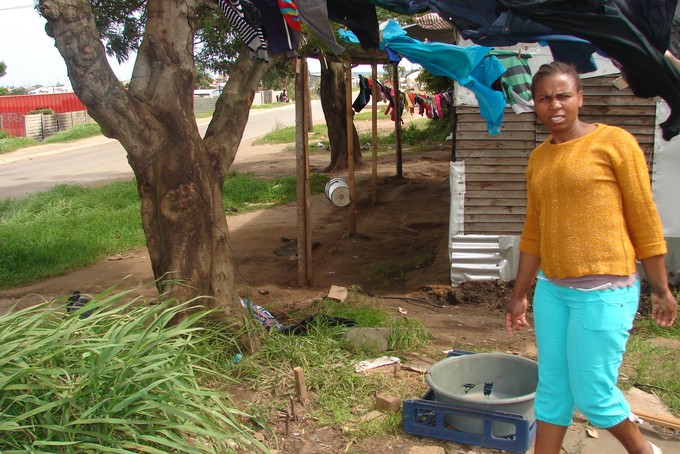 The once united community is no longer at peace, says informal settlement resident Awethu Gadu. “I can tell there will be war in this community in no time. Last night, there was a huge quarrel when the power went off. Residents from the [RDP] houses were fuming with anger and they were blaming us for the blackout,” she said.

Gadu said paraffin was expensive and most residents were unemployed.

Over the years, the number of illegal connections has risen as the informal settlement has grown.

RDP house resident Siphosethu Somke said some informal settlement residents sold electricity illegally to residents of other settlements and strains on the system were causing blackouts.

“We have tried talking to the informal settlement residents and we have urged them to stop what they are doing because these blackouts are costing us.”

Another resident, Nompumelelo Gatshu, said, “All we ask is that our request be granted soon before we start having a fight in this community. I will connect on the pole because I must cook for my children. I mean, how can I watch them starve? The people who are staying in the houses must understand our pain.”

Community Committee leader Thozama Mayo said, “We are trying to come up with a suitable plan for both parties. At the moment, it would be wise for the informal settlement residents not to connect electricity on the electrical poles as this will trigger physical fights.”

Ward Councillor Noluvuyo Matiwane said, “I have asked the municipality to help us with installing electricity in the informal settlement and this matter is my priority. I will ensure that it is soon solved. I urge residents not to engage in any violent acts.”

Spokesperson for the municipality, Sibusiso Cindi, said: “An amount of R1.9 million has been set aside by the Metro to help curb illegal connections in the Buffalo City Metro.”

Cindi said council had made the decision in 2012 to electrify the informal settlements. “Each house will have a switchboard with a light and three plugs. In addition to that, residents who qualify as indigents will receive 50 free units of electricity each month.”