Expropriation Bill: we can learn from the African Commission

Bill could be a turning point in land reform 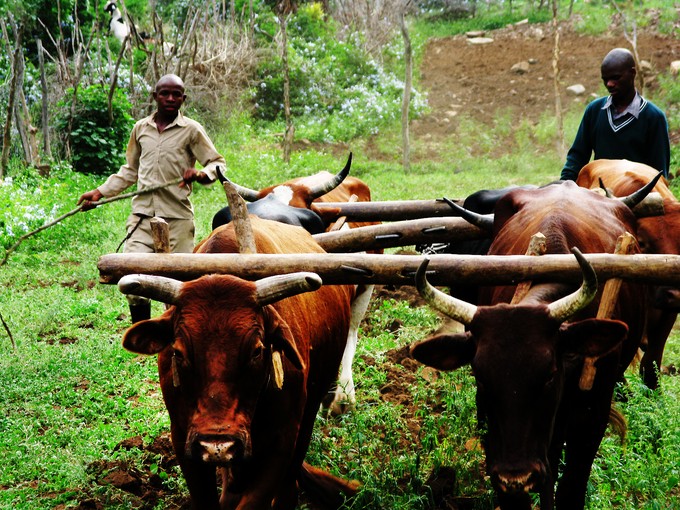 The Expropriation Bill which is ready to be signed into law could be a turning point in land reform. But it does have flaws, writes Claire Martens.

The Endorois people, a traditional pastoralist community, were removed from their land by the Kenyan government in the 1970s to make way for a national reserve. They were moved to more arid pastures where their cattle died in great numbers. The relocation spelt the end of their prosperity.

Forty years later, in 2010, the the African Commission on Human and People’s Rights ruled that their expulsion was a violation of their human rights and ordered that the Endorois’ land be restored to them. They were also to be compensated.

The Endorois decision was one of the first rulings of an international tribunal to find a violation of the “right to development”. The Commission found that the Kenyan government’s failure to seek the consent of the Endorois people about the use of their land, or compensate them, was a violation of this right. Their eviction was also a violation of less tangible rights, such as the right to health, culture and religion.

The ruling also recognised the Endorois as a “community” of people, as well as an indigenous people with a historic attachment to particular land. It recognised that they have property rights over the land they traditionally occupied and used; despite the colonial and Kenyan government denying them formal title over the land.

On 25 May we celebrated Africa Day and on the same day the South African Parliament passed the Expropriation Bill, two decades after our Bill of Rights authorised more equitable grounds for expropriation.

Could this be the turning point: a tool that offers solutions to the increasing frustration over the slow pace of land reform and rural development?

The Expropriation Bill now awaits the President’s signature. It offers the government a means through which to expropriate property in the public interest or for a public purpose. It replaces the 1975 Expropriation Act, of which sections were unconstitutional. The Bill is faced with opposition, but much of the criticism is unfounded and the legislation is an important step in getting land reform right and bringing the legislation into line with the Constitution.

Yet we must remain cautious in its implementation.

Land must be seen in its context. South African rural areas are still plagued by the gross inequality in land and services allocation of the apartheid era, as well as different concepts of ownership and land rights. Many people currently live in insecure communal spaces dominated by chiefs’ “ownership”, in situations where their rights to land are not respected or implemented or where their rights to land are not immediately apparent. This makes it difficult for rural communities to consent to development and to benefit from it, even when they have the most to lose.

The Bill places an onus on the registered owner of land to list the rights and “rights holders” – and when the rights holders have been largely silent or are living under the power of an undemocratic chief, they are denied the right to identify themselves as rights holders.

For example, a chief may often be regarded as the custodian or rights holder and thus have the exclusive right to identify those who have rights, which may undermine women’s rights due to patrilineal notions of ownership.

A farm dweller, working on a farm without tenure and therefore not consulted, will lose his or her home and livelihood if the farm is expropriated for land reform or for mining. This top-down approach reminds us of feudal and apartheid styles of development.

It is crucial that the Bill provide mechanisms to capture these silent voices. Communities must be given the means to participate in their own development and on their own terms.

Another issue is customary law in the Bill. There are numerous examples of traditional communities failing to benefit from development on their land, or even being consulted about its use. But the recognition of customary forms of tenure is not a central concern of the Expropriation Bill, as it should be. The Bill needs to recognise how customary law regulates ownership of land and how customary law can be a source, equal to statute and common law, of tenure rights, and by extension rights to access and benefits from land.

Which brings us to the issue of compensation, including compensation for the mineral resources that are part of the land on which communities live, and for all the other benefits people may enjoy – their history, their sense of community and their cultural and religious connections to the land. These are values inherent in the land but difficult to calculate.

Current legislation, through the Minerals and Petroleum Resources Development Act and the Infrastructure Development Act, gives the respective Ministers the power to expropriate land for mining or development purposes. But the outcomes for communities are limited. The Minerals and Petroleum Resources Development Act, for example, only provides compensation for loss of surface use and not for the value of the land, since the communities are not regarded as owners. Furthermore, redress does not take account of the real losses to a community through its dislocation.

When one speaks then of compensation, what should be included? Is it enough to calculate compensation for land use, but not for the human rights that are compromised by expropriation?

The Endorois case resulted in both reparation and compensation. Land was restored and

compensation was given, showing how compensation for traditional communities can be factored into expropriation. Compensation should include reparation for the potential loss of livelihood, of community and of way of life, as well as equitable redress; including tenure rights to access alternative land and amenities to re-establish livelihoods and community.

Compensation based only on land-use is unlikely to be equitable, particularly for traditional communities. But market-related prices may also be over-inflated and burden an already backlogged land reform system. This is where context matters most. It is up to Parliament to guide the courts in their complex and fraught task of deciding on appropriate compensation.

As Arundhati Roy has been quoted as saying: “There’s really no such thing as the ‘voiceless’. There are only the deliberately silenced, or the preferably unheard.”

The president has a chance to consider this before signing off this legislation.

Martens is the communications officer for the Legal Resources Centre. Henk Smith, Wilmien Wicomb and Ruby Schalit helped with this article. Views expressed are not necessarily GroundUp’s.