Once seen as a vital growth point with huge export potential, our music industry is a tiny shadow of its former self, and Covid is not the main culprit 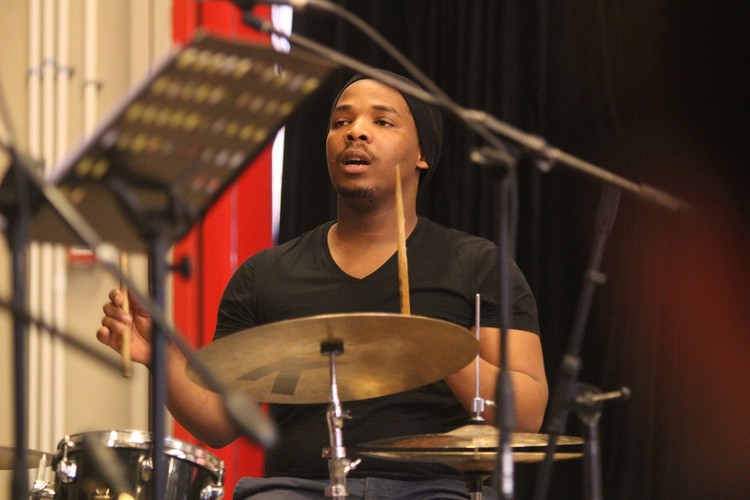 South African musicians say the local music industry has gone into a catastrophic decline, exacerbated by the pandemic. In a two-part series we look at decades of mismanagement by government and industry players who have failed the musicians of this country, which has left South African artists producing half as many songs this year as they produced ten years ago.

In April and September this year, scores of artists, including musicians, staged a sit-in at the offices of the Department of Arts and Culture, demanding to know what exactly happened to the R300 million package meant to fund creative projects.

Meanwhile, the South African Music Industry Council (SAMIC), founded in 2016 and meant to be the voice of the industry, was paralysed by factions and did little.

Even before Covid shut down venues, music shops were closing and the industry was struggling with piracy and music streaming online. In 1998, the South African music industry was worth more than R200 million a year. Today, it is worth about R30 million, according to figures published annually by the Recording Industry of South Africa (RISA).

Ten years ago, 50% of music played publicly (either on radio, television, via streaming, online, in restaurants, pubs etc) in this country was local. Today it is less than 25%.

Although live concerts brought in money for musicians, the heart of the industry was the record label. Without a hit record, a musician will not have fans, and without fans there is no concert. The decline in the number of independent record lables, the crucibles of talent, has hollowed out the industry.

While “indie music” is growing in the rest of the world, here the number of independent music producers has dropped from 80 to less than 20 in the past ten years.

Small, independent record labels struggled to keep afloat largely due to a lack of transparency about who pays royalties and who is paid royalties. These struggling independents were bought up by big international record companies. South African music is now largely owned by companies such as Sony, Warner and Universal.

The dream that never came true

Back in 1995, the newly-minted Department of Arts and Culture identified South African music as a growth industry with potential for significant revenues and cultural export. A 100-odd-page report in 1998, titled the Cultural Industries Growth Strategy (CIGS), which consulted widely with music industry experts, outlined in detail how a few tweaks to archaic copyright law, a small-seed investment in independent record labels, and an enabling environment for the music industry would unleash this country’s massive creative potential.

The preamble to the report reads: “South Africa’s diverse and dynamic arts and culture heritage is one of its richest and most important resources, with the capacity to generate significant economic and social benefits for the nation. Equally important, but less well-understood, is the potential for a vibrant and dynamic arts and culture sector to contribute significantly to the economy of the country.”

The report recommended the establishment of a self-funding Cultural Industry Development Agency (CIDA) that would specifically build up the industry with an eye on music exports.

At about the same time, copyright expert and music industry attorney Dr Owen Dean published a paper that explained how changes to copyright laws would create a source of funding and investment for the creation of local music content.

According to Dean, the apartheid government had changed copyright laws in the 1960s so that the SABC would no longer have to pay musicians and record companies to broadcast their music. A new amendment before Parliament would restore these rights and release significant investment into the local market.

“I really believe,” said Dean in a telephone interview, “that there was a genuine attempt to create a lucrative local music industry around 1998, especially for black music and black musicians. But there was also a lot of apartheid-era bureaucracy to unravel, especially around music rights and royalties. The SABC had, since 1965, been exempt from paying appropriate royalty payments, and that needed to be undone, which took a long time. And even though the legislation has changed, the implementation has not kept pace.”

At the time of the 1998 report, South Africa was the world’s 28th largest market for legitimate album sales with expanding sales that made it the 15th fastest-growing music market in the world. In addition to four multinational record companies, the country was home to one major independent company (Gallo) and approximately 80 small independent record companies.

Independent labels owned about 33% of the market while the multinational corporations (Sony, Warner, Universal, EMI) controlled the remaining 67%. A number of smaller independents were making more than R10 million per year, and together with Gallo had a turnover of over R200 million a year. The airwaves were vibrating to Brenda Fassie, Mandoza, Just Jinger, Busi Mhlongo, Mango Groove, Johnny Clegg and TKZee.

The report concluded that “the fact that South Africa has a well-functioning industry infrastructure is a strong indicator of the sustainability and potential of the local industry to expand in the near future.”

But by 2011, Forbes Africa was quoting figures from the Recording Industry of South Africa (RISA), claiming sales had dropped by 15% between 2008 and 2010. The size of the market was too small to sustain significant investment in local content, and if local content was not refreshed, it would die.

Meanwhile, logjams with royalty payments continued, despite amendments to the Copyright Act in 2008. The SABC was in arrears to royalty collecting agencies to the tune of R250 million.

The situation has only become worse. Revenue has plummeted at South Africa’s largest independent record label, Gallo, from R150 million a year 25 years ago to a mere R14 million today. The value of the entire independent sector is less than R30 million.

The SABC has still not cleared its backlog of royalty payments.

Globally, the music industry is being led by independent labels, while South Africa is the exact opposite. A number of countries, like Mexico and South Korea, derive huge revenues from exporting music. K-Pop, as the South Korean music phenomenon is called, is currently worth over $560 million. New Zealand, with a population one tenth of South Africa’s, collected more than R250 million for their musicians from global music consumers in 2020.

By comparison, in 2019 the South African Music Performance Rights Association, a royalty-collecting agency, gathered a mere R108,000 for local musicians from overseas broadcasters, but paid out more than R150 million to international rights holders and artists.

Despite South Africa’s rich music heritage that looks good on paper, in real life South African musicians do not earn anything close to the income of their fellow musicians worldwide. They are hit by the double whammy of ongoing legal wrangles over royalty payments combined with foreign ownership of their music.

Small, independent, local record labels have an incentive to invest in their artists, while international record companies (for whom the South African percentage of turnover is miniscule) do not.

The upshot of this strangulation is a precipitous decline in local music content. Gallo Records, once the flag bearer for local music and the home of artists such as Lucky Dube, Ladysmith Black Mambazo, Hotstix Mabuse and Mango Groove, is now classified as a small business according to the government definition.

The crucibles of new creativity – the small independent labels – have dwindled from 80 in 1998 to about 20. Without them, there is no one generating exciting local music that locals want to hear.

One of the last of them, Coleske Records, a force to be reckoned with in Afrikaans music, sold to Warner in 2021.

According to Clive Hardwick, previous owner of Bula Records (which sold seven million albums in its 16-year existence), the demise of the small independent record label is the tragic outcome of years of administrative mismanagement in the record industry, the slow pace and opaqueness of royalty collection, and a lack of commitment from government to the industry.

“Independent labels in South Africa only now make up 0.08% of the world’s independent music market,” said Hardwick. “Our large independents, like Gallo, have all but disappeared, which is a huge pity as Gallo was the largest record label in Africa and the oldest at almost 100 years.”

Another independent record producer, Tshepo Nzimande, blames piracy. “Not only digital piracy, but also physical piracy,” he says. “We couldn’t migrate to digital like other countries, the costs were initially too high. Also, our traditional African music, our gospel … the buyers are not digital. They want to buy cassettes. But record bars like Musica have closed down, so they buy their tapes from the street sellers.”

“We can’t fight this. We can’t fight it because the major record labels don’t want to work with the local guys. So the local producers start fighting amongst themselves for the crumbs of the market. We would need unity to fight this. But there is no unity in the industry in South Africa.”