Auditor-General should oversee billions in the Covid-19 Solidarity Fund

Public deserves transparency for the fund to which thousands have contributed 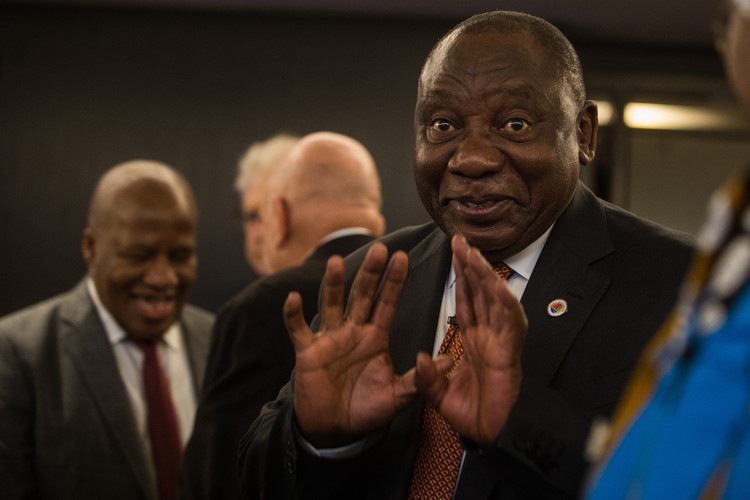 According to President Ramaphosa in his address on 13 May, the Solidarity Fund for Covid-19 had received contributions from about 173,000 individuals and 1,500 companies and foundations. Archive photo: Ashraf Hendricks

The Covid-19 global pandemic has unprecedented health and socio-economic consequences for millions of people across the world. Each country affected has introduced numerous measures, including public health interventions, restrictions on movement, as well as state and other relief and stimulus packages to reduce its impact.

South Africa has a history of grand corruption and low public confidence in the state’s ability to ‘become uncaptured’ or to address its long-standing inability to expedite the delivery of basic services to communities, such as housing, water, sanitation, health and education, or prevent high levels of violence, mainly against women and children. Coupled with this is the state’s heavy handedness in policing poor people, homeless people, and those most vulnerable.

The President, in his first address to the country on this issue, announced the establishment of the Solidarity Fund, with an injection of state funds through ‘seed capital’. He called on us and the extraordinarily wealthy to donate money and resources.

The Solidarity Fund was created on 23 March 2020 to respond to the Covid-19 crisis. According to its website” “It is a platform for the general public, civil society, and the public and private sector to contribute to the consolidated effort to fund various initiatives”. The Fund will work “closely with government and business, but it is independent of both of them”.

According to the President in his address on 13 May, the fund had received contributions from about 173,000 individuals and 1,500 companies and foundations. Old Mutual is “administering” the fund on a pro bono basis.

The Solidarity Fund has said that it will make public all donations and payments on a regular basis. Tshikululu Social Investments will assist the fund to “ensure transparency, monitoring and impact measurement”.

Significantly, the fund is not located in the National Treasury or any other government department. The Presidency chose, instead, a legal vehicle that is administered by the private sector, but it will benefit from public benefit organisation (PBO) related exemptions (tax deductions, for example) and registered as a “no member” Not for Profit Company (NPC).

The Governing Board of the Solidarity Fund is made up mostly of private sector representatives. A private law firm, alongside a private auditing firm, attends to the governance and risk framework and management or disbursement of funds. A general Governance Framework is now, belatedly but publicly, available for download on the fund’s website.

The Governing Board was hand-picked and mostly consists of people from the private sector who have, in some cases, a past association with government and/or the Presidency. Board members conflict of interest declarations (if any) are not public, nor that of the Acting CEO. The Board also includes two Cabinet members (Department of Trade and Industry and National Treasury) and also includes two trade union representatives. The “distribution” (disbursement) committee is headed by the current Group Executive Director of Discovery Limited, also inter alia, a former Director-General of Health.

According to a recently added dashboard on the fund’s website, as at 14 May, its fund-raising target is approximately R4 billion, of which R2.79 billion has been pledged, and of which R2.1 billion has been received (including Mary Oppenheimer and Daughters’ donation of R1 billion, a Naspers donation of R500 million, and the National Lottery and Telesure Investment Holdings of R50 million each).

R500 million has been disbursed, with approximately R1.2 billion in additional funds already allocated to the grant support “prongs”, as follows:

When the Solidarity Fund was established via the Presidency and with “social partners”, it decided or agreed on the four prongs of support, effectively bypassing the lengthy and complicated procurement systems for health and other government departments (governed by the Public Finance Management Act and ordinarily subject to Parliamentary oversight and public scrutiny).

The majority of the funds disbursed and allocated thus far is for “Care” – defined as support for those in hospital or medical care, by ensuring a supply of Personal Protective Equipment (PPE). Ordinarily, this is the procurement responsibility of government through the National Department of Health. But these are unprecedented times and that procurement line seems less clear. For example, with initial shipments of much needed PPE arriving from China, and a massive PPE donation from Naspers, as reported in the media, it is unclear who or which company or consultants facilitated the logistics of the negotiation, purchase and delivery to South Africa, or at what cost.

Fortunately, the names of individual food and shelter relief beneficiaries of the fund are now included on a Google location map, requiring you to click on each province and each beneficiary to obtain relevant details. It includes hundreds of small CBOs and soup kitchens, but the amount granted per beneficiary is not yet listed.

While an income dashboard is now available, a weekly disbursement or distribution schedule describing each tranche, the supplier and any other payment or associated details, is still necessary.

Given that thousands of members of the public have pledged funds, and the President’s own pledge to give a portion of his and other Cabinet members’ salaries to the Fund, the mechanisms that the Fund uses to share information and account for its grant decisions must be monitored, daily.

For example, Solidarity Fund resources were used to procure PPE for frontline health workers, but if government is procuring PPE and other supplies such as test kits via the Solidarity Fund as well, and not only through its own procurement processes and systems, whilst the urgency is appreciated because it is life-saving, it still requires significant oversight and alignment. Yet, the Health department does not appear to have a seat on the Governing Board.

If the last few years have taught us anything, when it comes to large amounts of money in our country, including public money, and procurement, it is imperative that information is made available regularly, and accountability and public oversight is prioritised.

Given that there are other major non-state administered ‘relief funds’ alongside (for example the Sukuma Relief Programme of Johan Rupert and the South African Future Trust of Nicky Oppenheimer), each administered by a different set of individuals from the private sector, over and above government relief funds administered by the state (such as by the departments of social development, employment and labour, trade and industry) the alignment and connections between each one of these private and public vehicles for funds for the public purpose requires greater transparency, recordal, alignment, and oversight.

I am unaware of any reporting to and oversight of Parliament in respect of the Solidarity Fund and given its NPO status, this is an arguable requirement. But, given the initial injection of public money or funds in the form of government ‘seed capital’ (R150 million), the decision to establish the Solidarity Fund through the office of the Presidency, the encouragement of the President to civil servants and the public to donate to the flagship fund for relief measures, and the appointment of two Ministers to the Board, among others, the Solidarity Fund is in my view a quasi-state fund, that should involve the controls and oversight of the office of the Auditor-General of South Africa. This will lend the Solidarity Fund even more public credibility and encourage greater giving at a time when public confidence in government and private relief agencies, and social cohesion, is at great risk.

If the Solidarity Fund was set up to bypass the bureaucracy of the state, or worse, the potential of capture of its resources, then irrespective, the deep involvement of the state in its establishment and functioning, the seed capital allocation of funds from the national fiscus, and critically, use of the funds for what is ordinarily a state mandate (PPE for health facilities, food and shelter for vulnerable people and so forth) requires the oversight that is ordinarily required and provided for in our Constitution.

In this event, the office of the Auditor-General must play the role of overseer, and with all due respect, in this unprecedented time, this oversight cannot be the sole prerogative of handpicked Board members and a handful of private auditors, lawyers and insurance company administrators that are not an arm’s length away from significant business and pharmaceutical interests. Our Constitution in fact does provide that the Auditor-General may audit the accounts of a public purpose vehicle. It should be encouraged and invited to do so here, by the Presidency, Parliament, and most importantly, civil society.

Hassan is a social justice and human rights lawyer and activist. She writes in her personal capacity.