Children’s education could be affected 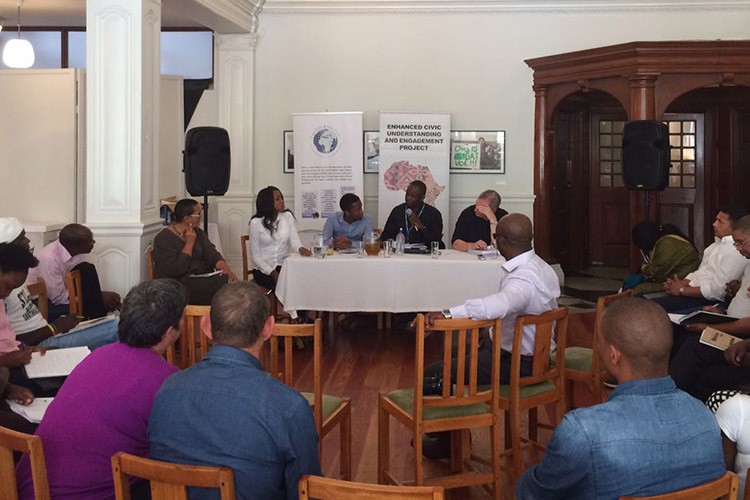 The proposed changes to the Refugees Amendment Bill “restrict and exclude” those seeking to work and study, according to William Kerfoot, an attorney at the Legal Resource Centre.

Kerfoot was speaking at a panel discussion in Cape Town on Thursday on section B12-2016 of the Bill and what its implementation would mean for asylum seekers and foreign nationals in South Africa. The event was chaired by the Enhanced Civic Understanding and Engagement Project and sponsored by the European Union.

Kerfoot said that the proposed amendments to the Bill included widespread exclusions of those seeking refugee status based on criminal records in their home countries.

Panellists said the “problematic” definition of a dependent according to the Bill would affect children’s education.They also said the amendment requiring asylum seekers to apply for status within five days of arrival in the country “placed unreasonable burden” on people who may not have the funds to reach an asylum centre in that period.

“If refugee status determination officers were properly trained, there would not be all the problems with backlogging. These officers have the power of life and death over asylum seekers,” said Kerfoot.

He said this policy would create situations in which those waiting to receive refugee or asylum status would be unable to work, study, or send their children to school because school officials “are often afraid of being fined for enrolling undocumented children.”

Popo Mfubu from the UCT Refugee Rights Clinic said that the Refugees Act in its current form was a progressive and liberal piece of legislation, but that its implementation was challenging.

“It has broadened the scope of people who can automatically be excluded from refugee or asylum status,” he said.

In Cape Town, asylum seekers often wait all night for their asylum permits to be renewed without success.

“There is an ongoing lack of capacity in the Department of Home Affairs,” said Bea Abrahams, ECEU Project Coordinator of the Cape Town Refugee Centre and facilitator of the discussion.

Participants also discussed plans to submit their comments to the Parliament.