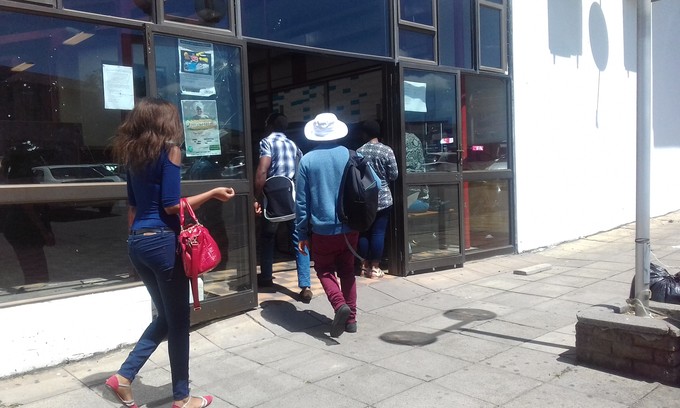 Classes resumed today at Walter Sisulu University Buffalo City Campus. For the past two weeks classes have been closed due to student protests.

When the protests started, some protesters burnt tyres, and threw stones at passing cars on East London’s Oxford and St Georges streets. Police arrested 13 people, most of them students. They have been released on bail and will appear in court on 30 November.

Contradictory reasons for the return to class have been given by the Students Representative Council (SRC) and the university management.

Tukwayo further said that the students and the newly elected SRC had a mass meeting where they agreed to come back to classes.

Some WSU students expressed dissatisfaction with the protests. Ayabonga Kekana, a second year journalism student, said the protest cost the students. “The political leaders of this university do not understand our time priorities. This protest was just a political struggle and we are just the victims of it all. For starters there was no memorandum sent to management regarding the grievances from students. It felt like this protest was motivated by personal agendas,” said Ayabonga.