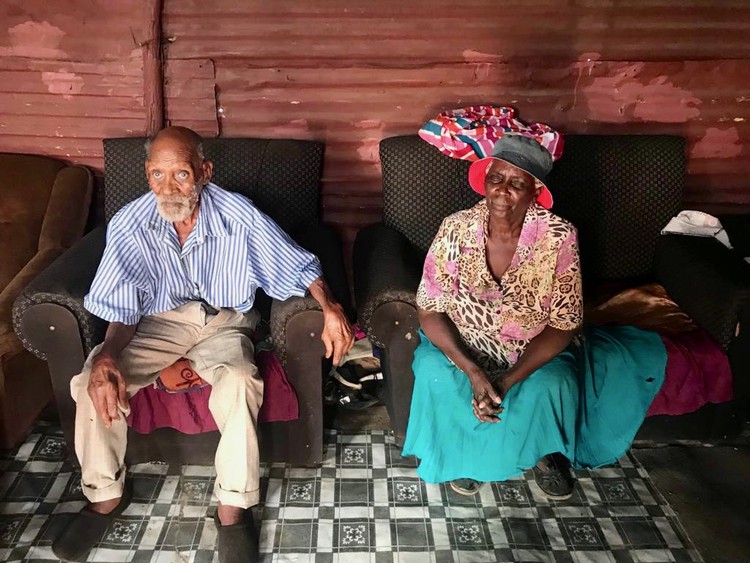 Dibapalo Boy Mohedo is 100 years old. He lives in a two-roomed shack in an informal settlement with his wife, Johanna Nsibande, and their orphaned grandchildren, aged 10 and 13. The couple have been waiting for an RDP house for 22 years.

Mohedo used to work on a farm in Balfour, but he had to leave at age 78 as the farmer said he could no longer stay for free on the property. That was in 1997.

The couple lived for 15 years in a shack in Arla Park until they were moved to make way for an RDP housing project on the site. They went to live with their son, who died later.

Nsibande says they were promised an RDP house once the project was completed. “The number of our house was 2455. We still have the papers. It’s only that we are now both unable to read [due to failing eyesight].”

She says someone else moved into the house and the couple was promised another one. They went several times to the municipality but they were never helped.

GroundUp went to the house and the current occupant, Nonhlanhla Lizzy Mavimbela, says there must have been a mix up. She lived in an informal settlement for 18 years before getting the house.

Mohedo can hardly talk, but when the subject of the RDP house comes up, tears roll down his cheeks. At the time the houses in Arla Park were completed he could still walk.

“There were rumours that some people’s houses were sold. Maybe me and my husband were easy prey because we are old and cannot fight for ourselves,” says Nsibande.

“It’s painful to realise that our house at 2455 was swallowed up just like that. We have been waiting for another house, but who knows if ever we will get it while we are still alive,” she says.

The couple next moved to Snake Park informal settlement where they live today. Mohedo relies heavily on his wife to look after him. She has to help him go outside the shack to use a plastic chemical toilet, arranged for them by other residents.

“Inside toilets and water are for people with real houses,” she says. At night they use a bucket.

Nsibande is 78. She has arthritis and high blood pressure, and struggles to walk. She has to ask neighbours to help fetch water and get wood to make a fire. Sometimes she has to pay people R30 to do this.

The shack has no electricity. Other people in Snake Park have illegal connections, but Mohedo and Nsibande cannot afford the cost – about R300 a month.

“When we came to Snake Park l could do everything for myself. I had no idea that waiting for an RDP house would last a lifetime,” says Nsibande.

Ekurhuleni Metropolitan Municipality spokesperson has not responded since last week to a request for comment. The Gauteng departments of human settlements and social development did not pick up their phones despite numerous attempts.

Ward Councillor Wollaston Labuschagne (DA) said, “We are currently under pressure with work in the council and from our respective political parties. Hence l am unable to email back a comment.”

Meanwhile, Nsibande says: “We may be old but it would make our last few years on earth easier if we got a house … Hopping from one shack to the next for more than 22 years has not been easy.”

The spelling of Johanna Nsibande’s name has been corrected. 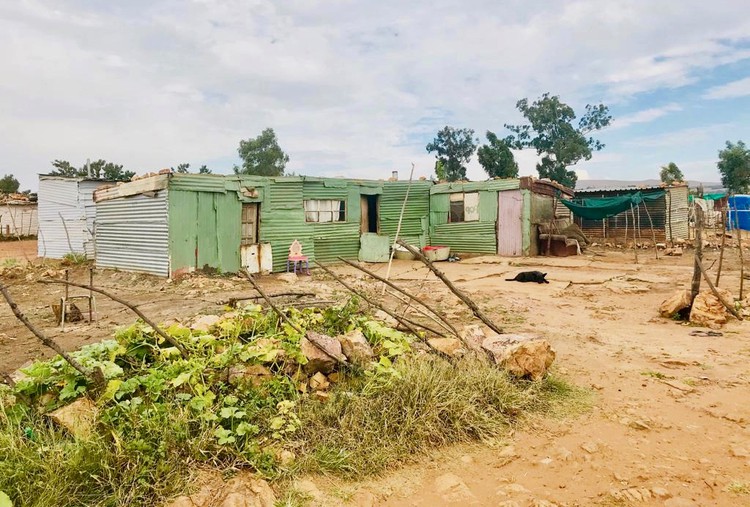 The elderly couple live in a two-roomed shack in Snake Park informal settlement with their orphaned grandchildren, aged 10 and 13. They have no tap, toilet or electricity inside the home. Photo: Kimberly Mutandiro